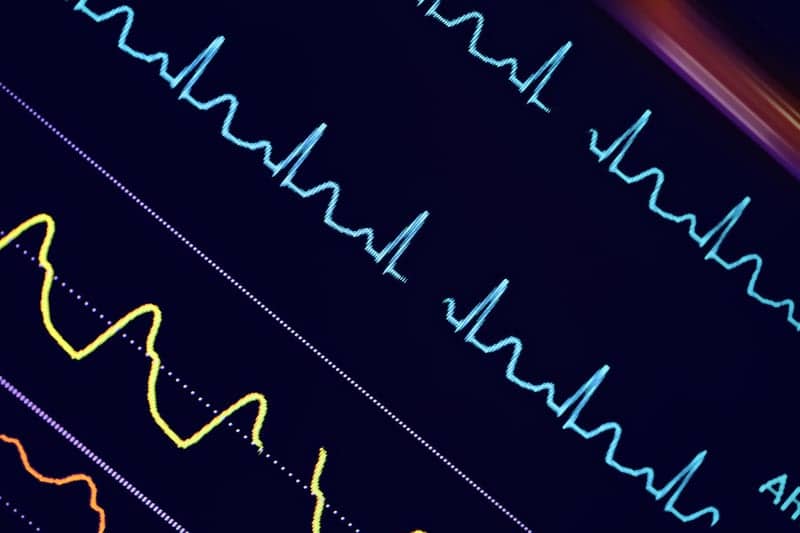 A Joint Commission deadline related to clinical-alarms management has come and gone. Now what?

The announcement that as of January 1, 2016, The Joint Commission (TJC) would begin requiring hospitals to meet two additional standards related to alarm safety was hardly news to Karen Waninger. In fact, says Waninger, who is director of clinical engineering at Community Hospitals Indianapolis (CHI) in Indiana, she’d been aware of these impending “elements of performance” (EPs) for nearly 3 years. In April 2013, she recalls, TJC, in response to what it described as the “frequent and persistent problem” of alarm-related sentinel events, announced that it was considering the addition of an alarms-focused National Patient Safety Goal, or NPSG. Two months later that NPSG was confirmed, and in January 2014 it went into effect.

NPSG.06.01.01, TJC noted in one of its reports, would be implemented in two phases. The first phase, starting that year, would raise awareness of the “potential risks associated with clinical alarms.” (ECRI Institute inevitably puts poor response to clinical alarms at or near the top of its annual “Top 10 Health Technology Hazards” list; for 2016 the issue came in second, with the organization noting that “missed alarms can have fatal consequences.”)

The NPSG’s second phase, which kicked in this January, introduced “requirements to mitigate those risks.” The first requirement (EP 3) of phase two: Facilities must “establish policies and procedures for managing alarms” that address, among other things, “clinically appropriate settings for alarm signals,” “when alarm parameters can be changed,” and the checking of individual alarms “for accurate settings, proper operation, and detectability.” The second mandate, EP 4, further required that hospitals “educate staff and licensed independent practitioners about the purpose and proper operation of alarm systems.”

When the leadership at CHI heard about the new NPSG, they created a multidisciplinary clinical alarms committee that included clinicians, IT specialists, clinical engineers, and others, recalls Waninger. Committee members were drawn from all seven of the organization’s hospitals, and met monthly for the better part of the last 2 years. “We’ve been working on this for a long time,” she says. “We knew this deadline was coming.”

That work, Waninger adds, is unlikely to end anytime soon. “It’s an ongoing and active process, especially as we bring in new monitors in different areas and they all have different alarm configuration options.”

One of the first things that she and her colleagues on CHI’s alarms committee did, she explains, was to analyze, with significant help from vendors, the alarm-equipped devices they already had. Clinical engineering played a big role in that initial assessment—determining, for example, which devices were alarming most and why; what the default settings were “on each device in each care area in each of the hospitals;” and then implementing changes, based on clinician feedback, to standardize those settings across all facilities and establish policies and procedures that reflected best practices.

One notable finding to come out of this process? Many of the organization’s alarm problems could be blamed on poor signal quality between medical devices and the electrodes that connect them to individual patients. “That is one of the biggest things we’ve learned,” Waninger says. “Skin prep and electrode placement, and how often those electrodes need to be changed—all of that is really important.” (CHI’s solution has been to have clinical staff in certain areas of care undergo additional training in this subject.)

Another focus of CHI’s work—also ongoing—is on eliminating or reducing so-called “nuisance alarms” or inactionable alarms. As Waninger puts it, “What’s the point of having an alarm if no one’s responding when that alarm goes off?” So far, she adds, this effort seems to be paying dividends: “In areas where we can count them, at least, we’ve seen a clear decrease in the number of nuisance alarms. Now the alarms that we do get are much more likely to be actionable.”

Ensuring that alarms are both relevant and actionable is also a priority for Scot Mackeil, senior anesthesia biomedical technician in the Anesthesia Clinical Engineering Department at Massachusetts General Hospital in Boston. “It’s a fine line between too many alarms and not enough,” notes Mackeil, who years ago worked in a facility where two patients died before clinical alarm management had evolved to its current standard. “That’s the whole challenge.”

Mackeil says that he learned of TJC’s January deadline from reading 24×7, professional blogs and list servs, but was not overly concerned about being prepared. “We’ve been working on alarms for years,” he says. “The playbook on this issue was written a long time ago.” In his job, he adds, he “has to be aware” of the clinical alarm safety goals and the policies the organization has created around them. At the same time, as he works in the trenches, he must be “very diplomatic” in the way he goes about adhering to those policies.

“Savvy clinicians often contact Biomed with question or concerns about what they are seeing for alarm functions and settings and question the way things are configured. So you have to explain—after assuming that something is wrong, and then making sure that everything’s actually correct—that those settings came down from management, and that as a biomed I can’t just change them.” Once he lays out why things are the way they are, “pretty much every clinician understands,” Mackeil says.

Today, the preventive maintenance work that Mackeil does on patient monitors is probably familiar to any biomed: It includes not only checking on that monitor’s ability to generate an alarm, but making sure that the alarm profile for that device is up to the latest revision and standard. Toward that end, he’ll sometimes find a monitor that he knows is up to date and use his smartphone to capture the latest alarm configuration sets on that monitor’s menu. He’ll later reference that information as needed when he’s out doing maintenance. “If I want to check the default list, all I have to do is reach into my phone and pull it out.”

In other cases, Mackeil says, he employs a mobile cart developed by fellow BMET Rodrigo Lozano that contains all the technology Mackeil needs to do the job semiautomatically. It includes a computer loaded with service software and two separate monitors programmed with up-to-date default settings. With the cart, he explains, “we can go to any monitor in any OR or PACU and use a jack to upload the defaults right then and there.”

It sounds easy enough, he admits, but he still thinks the process could be much more streamlined. “What I’d like to see is, instead of me having to physically go from bedside to bedside checking the alarm configuration sets, I should be able to stand in an air-traffic-control-type of room and just look at a screen showing everything on the network.” He imagines a day when he’ll be able to “push the alarm default sets to that monitor from a desk,” he says, or use an app to scan a monitor to “see if the configuration set is correct and do updates or changes” accordingly. “But it’s only going to happen if manufacturers offer monitors that speak the same digital language,” he notes, so every device in a facility can communicate with every other.

Until then? “We have so many monitors in so many places that when it comes time to role out a new configuration set, you really need to have all hands on deck. It’s a very time-consuming and laborious process that has to be done meticulously, without error.”

One healthcare technology management (HTM) professional who does not need to be told that clinical alarms management is critically important to patient safety: Ted Barbeau, director of clinical engineering at Saint Mary’s Health System in Waterbury, Conn. He’s been at the helm of Saint Mary’s CE department since 1999, Barbeau notes. The January Joint Commission clinical alarms deadline? Business as usual. “We’ve had strategies in place since they first started talking about alarms,” he says. “We really didn’t have to give it that much thought, only because we’ve been doing this for so long.”

They began, Barbeau recalls, by performing a “failure mode effects analysis,” or FMEA, on every single device type and model in the organization. (That work was led by their Quality and Regulatory Affairs department, known then as the Quality Coordinating Council.) The idea, he explains, was to look at things like alarm audibility as measured in specific locations to determine whether those alarms would actually be effective. Once that was complete, they began doing monthly audits designed to root out any alarm-related safety issues. Clinical engineering also added an alarm management component to their weekly environmental rounds. “We basically go to all areas that have patient monitors or any kind of device that produces an audible alarm, and we ask the staff specific questions—things like whether they’re able to hear the alarms, and what their response would be should they hear an alarm,” Barbeau explains. Any problems unearthed during this questioning are typically addressed immediately, he notes.

Another alarms-related strategy used at Saint Mary’s entails only purchasing equipment that meets their alarm standards, Barbeau says. “We have a prepurchase checklist form that I send to manufacturers, and I’m literally looking for raw data—things like, what’s the output? Can an alarm be silenced physically? Can an alarm be silenced remotely? How loud is the alarm at 5 feet, or 10 feet, or 15 feet?” The more information he has, Barbeau explains, the easier it is to make good decisions about which devices end up on the organization’s floor.

Not that the devices themselves are the only issue when it comes to alarm management. “The really tricky part,” Barbeau says, “has more to do with the human factors. I’d say that 99.9% of the staff are very aware of how they need to handle alarms, but we do see things on occasion that require us to step in and do something, like alarms that have been disabled at central stations, or muffled alarms.”

Another challenge involves alarms in areas of the hospital that see multiple shifts day and night. “An alarm that sounds a normal tone at 12 in the afternoon is not going to sound normal at 3 in the morning. And so the night shift might lower the volume on that alarm because it’s waking up their patients. Then there’s a shift change at 6 or 7 AM, and all of a sudden there’s this hustle and bustle and if that alarm goes off, nobody’s going to hear it. It’s human factors 101. And it’s a very real and very common issue.”

Still, according to Barbeau, while Saint Mary’s does see its share of “preventable” alarm-related accidents (one patient fell recently when staff didn’t respond fast enough to a bed alarm), all incidents thus far have been relatively minor. “And I don’t think this is because we’ve been lucky,” he says. “I think it’s because the systems we put into place have been effective. We have our policies and procedures and we’re staying on top of them.”

Waninger of Community Hospitals Indianapolis agrees that establishing organizational policies that address alarm management is by far the best way to reduce alarm-related risks. “You need a standardized approach that takes everything into account, from alarm settings and alarm responses to the changes you implement” when problems are found. There also must be “excellent communication” between physicians, nurses, other staff, and HTM so that everyone involved in the management of alarms is on the same page. Based on her involvement in alarms management at CHI, she’s confident that her organization is “compliant with the Joint Commission’s requirements for this year,” Waninger adds. Still, she and her colleagues are not about to let up on their continuous refinement of the organization’s alarms-management strategy. “We can always find room for improvement, and it’s clear that The Joint Commission feels the same way.” 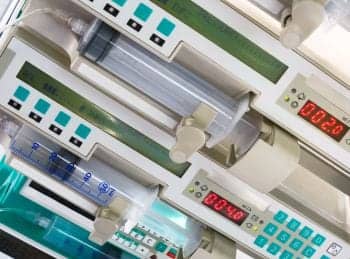