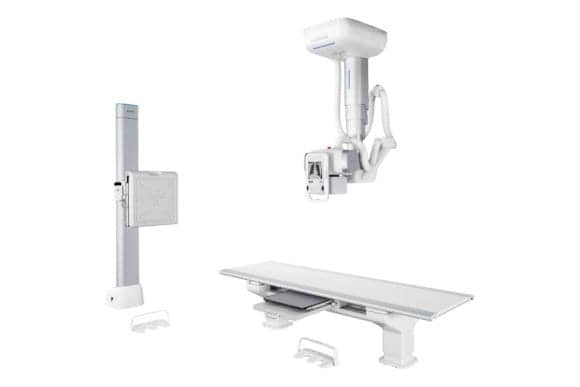 NeuroLogica, a subsidiary of Samsung, has announced that its new GC85A ceiling digital x-ray system offers streamlined workflows, diagnostic confidence, and improved total cost of ownership. The company will display the system at the upcoming Radiological Society of North America meeting in Chicago November 29–December 4, 2015.

The GC85A system’s S-Vue imaging engine is designed to provide dependable, accurate diagnoses in various conditions with reliably clear images, enhanced sharpness and clarity, and adjustable contrast presets. The company reports that the wireless, lightweight S-Detector and portable grid clearly display the patient’s body structure without increasing dose, while the Smart Control feature enables the operator to position the entire system with one touch of the control panel’s buttons.

According to Samsung NeuroLogica, the operator can use a remote control to move a motorized, tilting receptor from –20 to 90 degrees to various areas such as skulls or hands, eliminating the need for a table. An S-Align component improves imaging alignment by displaying the detector’s angle to the THU to enhance image quality during free exams, and the angle can be automatically fitted.

Samsung NeuroLogica reports that the GC85A has Smart Stitching, which is included to eliminate the need for the patient to stand for long periods of consecutive shooting. The system’s S-Share compatibility feature helps ensure that the S-Detectors are compatible with Samsung DR systems, and can be used with detectors from other compatible Samsung DR equipment. For more information about the GC85A and other DR systems, visit the Samsung website. 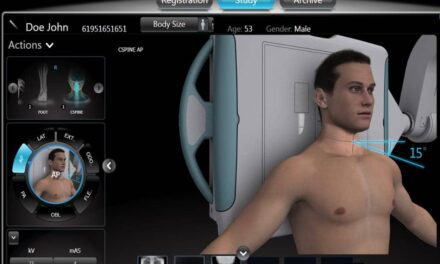