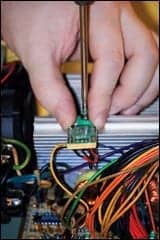 In a perfect world, medical devices would never need to be modified for recalls, corrective actions, or upgrades. But in the quest for device perfection, it is important to recognize that even with the best design and foresight applied to a product’s use, something can go wrong with a piece of equipment, requiring some type of modification. Or, in some cases, a device may need to be enhanced or changed simply for clinical reasons. New technologies may also be utilized to improve existing equipment. Whether it is a safety recall or device enhancement, these modifications are typically handled by biomeds who work with different hospital departments to make necessary changes.

Manufacturers today are the primary drivers of device modifications. But in the past, most changes in equipment were initiated by physicians. In many ways, physicians were more knowledgeable about the equipment than the manufacturers. Kelly R. VanDeWalker, senior biomedical technician for Indianapolis-based Community Health Network, points out that many of today’s enhanced designs, such as double-wall incubators and 2-well coagulation timers, were originally conceived and adapted in the field by physicians. “Necessity was the mother of invention as physicians back then would adapt equipment to meet their specific needs, but we don’t see that anymore because regulations have become tighter and modifications are a lot more controlled,” VanDeWalker says.

Karen Waninger, director, clinical engineering services, Community Health, adds that years ago physicians would request modifications for a device in order to support multiple applications. In those days, biomedical engineering departments were outfitted with machine shops to accommodate these types of requests. “The biomeds did not hesitate to make these modifications,” Waninger says. “We obviously cannot do that now.”

Twenty years ago, manufacturers focused more on developing new equipment rather than providing modifications to existing devices. As medical devices have become more complex and as the industry has become regulated, this has changed dramatically. “Today, manufacturers are committed to make the necessary adaptations, using good manufacturing practice, to make sure everything is handled properly in terms of patient safety and clinical efficacy,” Waninger says.

John Richardson, manager of clinical engineering services at St Joseph’s-Baptist Healthcare in Tampa, Fla, explains that another major difference between equipment upgrades in the past compared with those in the present is that years ago the cost of device modifications was typically at the discretion of the physician or a specific clinical department. “Physicians used to be able to request these changes, but today these decisions are handled at the corporate level involving purchasing, procurement, and finance departments,” Richardson says.

Whether a device needs modification due to a safety issue or an upgrade, a biomed that specializes in that specific type of equipment is assigned to make the necessary changes. “It’s important to assign these tasks to biomeds who understand the equipment best, because they need to communicate with clinicians about potential issues and in most situations provide staff training,” Richardson says. In the best-case scenarios, manufacturers work closely with the biomed on the modification. Richardson adds that for all modifications involving either a regulatory change or an upgrade, manufacturers should provide a revised operating manual that includes up-to-date information on the modification, whether it involves software or hardware changes.

According to Waninger, when an upgrade of equipment is requested, her department conducts an assessment early on to find out who may be affected and then pulls in the appropriate staff members, particularly if it involves many devices across the network. “If it’s a single department that’s affected or a single piece of equipment, we usually work with just that person who’s responsible, such as the department director,” Waninger says.

Recall notices come directly from the vendor or through a recall service. Confirmation by the clinical/biomedical engineering department is usually required to make sure the hospital’s models and quantities of the device match the manufacturer’s records. In some cases, the vendor ships upgraded software or other equipment directly to the hospital, and the biomeds are responsible for making the installations. In other cases, a technician is sent by the manufacturer to make the needed changes. “A corrective action can be as simple as affixing a new label to a device or as involved as sending a device back to the manufacturer for a period of time for modification,” says Craig Bakuzonis, CCE, MEng BME, director, clinical engineering, Shands HealthCare, Gainesville, Fla.

Shands HealthCare allows modifications of devices only if the manufacturer approves them. The majority of its 39 device modifications in the past 12 months have been related to recall notices. “In the last 5 years, we haven’t modified any devices based on a physician’s requirement, mostly because what they’re asking for we can’t do at the field level,” Bakuzonis says.

When handling a device modification related to a recall or other corrective action, Bakuzonis points out that the end users of the equipment are typically notified of this development. However, if a safety modification does not involve a change in the device’s operation, alarm modes, or label, biomeds often make the necessary adaptations without the clinical staff’s knowledge.

Biomeds typically work very closely with their risk management departments when resolving recall issues. The Safe Medical Devices Act of 1990 requires that hospitals report specific incidents related to negative patient outcomes to the FDA. “Our risk management department files the report with the FDA, but we assist with the root cause determination and the decision as to whether the device did or did not contribute to the outcome,” Waninger says.

Today, one of the big challenges related to equipment modifications is that most devices are connected to other systems, such as PACS, patient records, or other programs that use communication. “Today, you have to be able to work with IP addresses and gateways, requiring biomeds to work closely with IT departments,” Richardson says. “Since equipment has become so technologically advanced and interfaces with many different systems, it won’t be long before biomed and IT departments eventually become single blended departments.”

VanDeWalker agrees that a team effort is critical in solving issues related to device modifications, particularly when multiple devices are interconnected. In many instances, just defining the impact of the change can take weeks to determine. But when team members collaborate, they are capable of finding innovative solutions to complex problems. Such was the case for Community Health Network when the biomeds and IT department teamed up to link its heart hospital with its other facilities so patients could be monitored throughout the system, regardless of the location. “We used to use a T1 line, but we discovered that it made more sense to buy our own optic fiber,” VanDeWalker says. “We ended up saving money and becoming independent from the external provider who supplied us with the T1 line.”

Even though most recalls involve single devices, Bakuzonis admits that if they are interconnected in a network, it becomes more challenging to evaluate how its output affects the rest of the system. “Biomeds need to go through a verification process to check on the various components of the network,” he says. Bakuzonis adds that accessibility to the equipment also becomes a factor when making these evaluations. “I can’t perform an upgrade on an anesthesia machine while it’s being utilized in the OR, so we need to schedule these things when there is the appropriate downtime, which is sometimes a challenge,” he says.

Most upgrades and safety corrections involve physiological monitoring equipment, in part because patient monitoring systems now incorporate many parameters to monitor basic vital signs. In many cases, one patient monitoring device can perform a multitude of tasks, and its different components may require modification. However, compared with the past, these types of device modifications largely involve software, not hardware. This presents a mixed bag to biomeds who service the equipment. In many instances, it’s a lot easier to make these modifications. “Newer device software upgrades are designed with a USB port, so all we have to do is plug in the new software and upgrade the program, which is a lot easier than in the past when you had a mix of hardware and software adjustments,” Bakuzonis says.

On the flip side, these software upgrades can be challenging when existing hardware is incapable of accepting new software. In some cases, an additional cost is incurred to purchase new hardware that will support the software. “There may be so many changes that need to be made that it’s totally unfeasible to perform the upgrade,” VanDeWalker explains. “You might have perfectly good software from the medical equipment manufacturer for the upgrade, but then you find your operating system will not support it.”

Biomeds stress that hospital administrators should be committed to allocating resources for most device upgrades. “When hospitals elect not to upgrade,” VanDeWalker says, “they sometimes miss out on providing the patient with the best care available.”

For the past couple of years, biomeds in hospitals throughout the country have been working with medical equipment manufacturers to modify heart defibrillators to become compliant with the American Heart Association’s 2005 Guidelines for Cardiopulmonary Resuscitation and Emergency Cardiovascular Care. The revised guidelines recommend a single shock from a defibrillator followed immediately by 2 minutes of CPR, beginning with chest compressions, compared with the old guidelines that called for repeated shocks and a pulse check before starting CPR. As a result, medical equipment manufacturers have modified defibrillators to support single-shot defibrillation.

For the most part, these defibrillator modifications have been handled smoothly since vendors quickly supplied revised, FDA-approved software upgrades to meet these new guidelines. However, some manufacturers have been slow in responding to these changes. In addition, many hospitals have experienced difficulty making these modifications because of the nature of such a widespread change. Since defibrillators are used in so many different hospital departments, it has been challenging obtaining compliance from all the clinical departments using defibrillators. Many hospital departments established their own independent guidelines for using defibrillators, which also complicates matters.

“It took a long time moving this through our Code Blue committee, but we eventually were able to obtain the approvals for the software changes,” says Kelly R. VanDeWalker, senior biomedical technician, Community Health Network, Indianapolis. “But it was not an easy process because we have different versions of defibrillators, and in some cases the manufacturers had to rewrite their codes and get them approved by the FDA before they could supply us with the upgrades.”

Some institutions are still waiting for at least one vendor to complete the upgrades. “In some cases, the manufacturers did not build flexibility into their systems, and so this change in protocol forced them to do a partial redesign, which involved obtaining FDA approvals,” says Craig Bakuzonis, director of clinical engineering, Shands HealthCare in Gainesville, Fla.

John Richardson, manager, clinical engineering services, St Joseph’s-Baptist Healthcare in Tampa, Fla, also experienced problems in obtaining these modifications throughout the hospital because some defibrillators that needed to be modified were too old to upgrade. “This becomes a challenge because then you’re competing with other possible capital expenditures such as 64-slice CT and MRI devices,” Richardson says. “We would like to replace all of our defibrillators with biphasic versions, but this is not as easy as it sounds when you’re dealing with capital equipment and budgets.” As with all capital acquisitions, purchasing decisions are based on whether the equipment improves patient care, safety, and satisfaction.

Biomeds agree that making the necessary modifications that comply with the AHA’s new guidelines is important, but at the same time it is not an easy task. Richardson sums it up best, saying, “Everyone recognizes the need to get there, but the question is, ‘How do you get there? All at once or step by step?'” 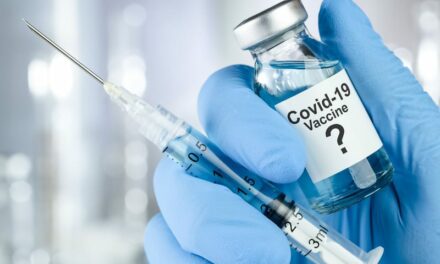