All for One: HTM, IT, and the Future of Medical Device Management

While in most facilities biomed and IT continue to operate out of different departments, the two professions are fast converging.

As a technology manager with Indianapolis-based TriMedx, and, before that, with Aramark’s Healthcare Technologies business, Jeffrey Ruiz, CHTM, has spent most of the last decade leading the biomedical engineering team at Holland Hospital in Michigan. Up until early 2018, Ruiz says, he and his colleagues, like many in HTM, reported to the hospital’s support services department—a hierarchical structure that seemed to suit them well given the facility’s medical-equipment-maintenance needs.

Now, however, after several years of transition, they’ve officially moved to working under information technology. And according to Ruiz, it’s a revolutionary arrangement: better for biomed, better for IT, and better for Holland Hospital’s clinicians and patients.

The impetus for the shift was the 2013 launch of what Ruiz describes as a “big Cerner integration project.” As the institution went through the motions of upgrading its electronic medical record (EMR) system, a process that included device integration, “biomed was included in that conversation, even though we really had no idea what we were getting into.” Still, Ruiz says, he and his colleagues learned their way around the new system, “and the more we did, the more that was asked of us, and the more we were able to do to help out.”

Most hospitals approach EMR integration piece by piece and step by step, he notes. “They’ll do infusion pumps one year, anesthesia machines the next year, then maybe they’ll do patient monitoring after that.” In their case, though, they did all those devices and more—field monitors, ventilators, and a host of other equipment—“altogether, the whole kit and caboodle.”

The project was a success, Ruiz says—but, more importantly,  it resulted in a stronger relationship between his biomed team and IT. “It gave us access to tools that we did not have before that would help troubleshoot EMR data migration challenges, for example. So when the anesthesia physician contacts us and says, ‘Hey, I’m not getting any data into my record,’ we can go in and see if data is indeed flowing and figure out who we need to work with,” whether it’s IT, the monitor manufacturer, or, perhaps, the EMR vendor.

Even so, Ruiz acknowledges that his biomed team may not be fully equipped to   resolve a complicated networking issue. But because the team has always interfaced well with physicians and nurses—and especially now that they’re very familiar with the IT side of things—Ruiz says they’re in the perfect position to lead the troubleshooting discussions that are often necessary to get equipment back up and running.

He remembers a conversation he had with the hospital’s vice president: “I told him, you know, there are a lot of hospitals now that have biomed departments aligning themselves with IT, and it seems like we’re heading in that direction as well, so formalizing that alignment might be good for the organization.”

From what he recalls, Ruiz says, that executive was “kind of surprised” by his suggestion, but he also must have taken it to heart. “I mean, here we are now, a few years later, biomed and IT together. And the best thing is, it’s actually working out. It’s a positive environment and it’s really helping the hospital.”

Coming Together for Care

Ruiz and his team at Holland Hospital are just one department among a growing number nationwide that are now integrated or integrating with IT. It would be wrong to call it a “trend” just yet, but some organizations are recognizing the value that such integration brings and are taking steps to break down the silos that have traditionally divided the two departments.

In many cases, the reason for this merging has everything to do with streamlining operations, while in others it’s rooted in the ongoing effort to shore up serious (and growing) vulnerabilities. “The cybersecurity piece is huge,” Ruiz says. “The more that we in biomed can get involved in things like networking, the better we can help support that space as well.”

Organizations like the Healthcare Information and Management Systems Society (HIMSS) and ECRI Institute (which put the threat of cybersecurity attacks on healthcare facilities at the top of their “2019 Top 10 Heath Technology Hazards” list) tend to agree with that assessment. “With the growing seriousness of cybersecurity as it relates to our critical infrastructure, it is paramount that responsibilities and views across stakeholders are identified and understood and that teams have the ability to effectively communicate and collaborate,” reads the course summary for a recent HIMSS presentation co-sponsored by AAMI and the American College of Clinical Engineering.

A top concern of Stephen Grimes, FACCE, FHIMSS, FAIMBE, who co-presented that course with Axel Wirth, CPHIMS, CISSP, HCISPP, is that the divide between HTM and IT professionals has prevented some organizations from establishing effective cybersecurity measures. The challenge, then, involves bringing the groups together so they can share their expertise in their respective professions and teach and learn at the same time.

“One place to start,” says Elliot Sloane, PhD, FHIMSS, an expert on healthcare IT information exchange and president and executive director of the Foundation for Living, Wellness, and Health, “is with governance and risk and quality management.” Because of state and federal regulations, Sloane notes, almost every IT department already has one or more quality systems in place, but “in the biomed field we typically just rely on scheduled maintenance and scheduled inspections.”

The management framework for IT systems, therefore, has been “much more robust, with constant fixing and updating and reconfiguration,” Sloane says. “My opinion is that it’s critically important for biomed to ask about and learn about those frameworks”—whether it’s ITIL, COBIT 5, or quality and security standards like ISO9001 and ISO27001—“and identify ways to come alongside them.” Learn IT’s “language and vocabulary,” Sloane recommends, “and learn what compliance obligations they have to live with.”

Similarly, Sloane says, it’s important that anyone in HTM has at least a “basic, foundational education in typical IT” areas like networking and databases. He suggests attending regional and local HIMSS meetings, and taking free online courses through that organization and others. “We have to up our professional game so that we’re able to talk at IT’s table,” he says. “We have to be ready to come to them with solutions, instead of asking them to solve problems we haven’t tried to understand.”

No Longer ‘Just a Customer’ of IT

One HTM pro who’s made a point of collaborating with IT is Albert (Buddy) Badeau, director of clinical engineering with the University of Colorado (UC) Health System. His team has been part of the IT department at the corporate level since UC Health was formed in 2012, Badeau says, and they’re always striving to match their skills to whatever challenges the organization is facing on any given day.

“Because we’re all together within IT, there is a lot of informal education that happens—routine meetings and those kinds of things—but there are also opportunities for more formal training through groups like our IT security team.” In addition, Badeau notes, the clinical engineering group includes a systems architect who originally worked as an IT specialist, and they employ a dedicated systems analyst. “The systems architect focuses on the integration of clinical devices, and then the analyst has really strong desktop administration skills.”

Before UC Health was established, clinical engineering operated under facilities, Badeau recalls. “The big advantage to having it the way we do now is that the IT-relevant aspects of our work are much more challenging than the facilities aspects are.” His team had grown accustomed to working with facilities to make sure they had adequate cooling for an imaging-processing cabinet, for example, or the voltage they needed for lasers in an OR. But those types of projects now seem “routine” compared to those involving the IT infrastructure, he says, and they can still reach out to facilities whenever necessary.

“Having clinical devices plug in and integrate—there is so much happening along so many dimensions,” Badeau says. “Plus, you have the process changes and the network refreshes, the desktop refreshes, the moving of servers, those types of things.” Under IT, Badeau says, the clinical engineering team is involved in everything from the start, thus allowing them to take part in the planning stages. “We’re working together as part of the team,” he adds. “We’re not just another one of IT’s customers.”

Currently, Badeau says, one of the group’s most pressing challenges involves their computerized maintenance management system (CMMS) and tracking IT-relevant information for all their assets. “Right now, we’re using very manual methods [for tracking], but we’re looking at incorporating some of the same tools that IT uses for managing their networked devices.”

The problem, he notes, is they can’t push updates to clinical devices the same way that IT does without negatively impacting clinical operations. “Our network engineering team and our server teams—they have the expertise and the technologies for monitoring the health of those devices and the infrastructure,” Badeau says. “So we’re trying to figure out how we can leverage them beginning with our patient monitoring networks.”

While clinical engineering teams like Badeau’s enjoy the benefits of corporate-level association with IT, others have pursued what might be described as “grassroots-style” integration initiatives. At VA Portland Health Care System, for example, where Gordon Hosoda is chief of healthcare technology management, HTM is a distinct business silo from IT, just as it is across the Veterans Health Administration.

“So we’ve focused on forging relationships,” Hosoda says. If they need to add a MAC address or assign IPs, he explains, or even if a port on a switch is violated and shuts down, they’ll submit a formal help ticket to IT, “but then we’ll also go out and find the people we know who are going to help us so we can resolve the issue right away.”

That’s especially true when it comes to those cases where a delay might impact patient care. “If you have a patient on the table and something goes down, then for us the clock starts ticking,” Hosoda says. “We’re going to go pedal to the metal to get that system back up, and that might mean pinging our contacts in IT to get it done.”

Hosoda calls this a “proactive approach” to HTM-IT collaboration—one that relies less on interdepartmental policies than on long-standing friendships and personal communication skills. “We’ve developed a kind of camaraderie with them where we’ll go shoulder to shoulder on problems together, and that’s worked really well for us. We all take a lot of pride in our workmanship and in the job, and I think this relationship comes out of that—we’re just trying to provide the best service we can to our veterans.”

Holland Hospital’s Jeffrey Ruiz says a focus on end-users and on supporting patient care has driven his team to embrace a similar philosophy. And he suggests this to those in other HTM departments who may be wondering how they can better connect with IT: “Stretch, bend, get out of your comfort zone,” Ruiz advises. “The more that you can do outside of the typical biomed healthcare technology realm, and the more you can go and step into new spaces, the more you’ll see you have to offer.”

HTM professionals, he points out, are already out there on the front lines handling various challenges one on one with clinicians. So it only makes sense, Ruiz says, to get to know your IT colleagues “and go ahead and learn new skills.”

Chris Hayhurst is a contributing writer for 24×7 Magazine. Questions and comments can be directed to chief editor Keri Forsythe-Stephens at kstephens@medqor.com. 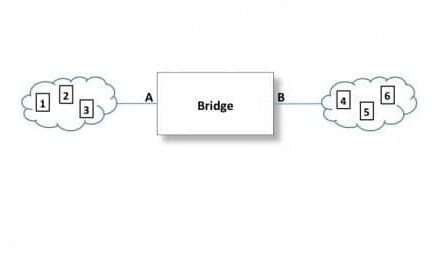