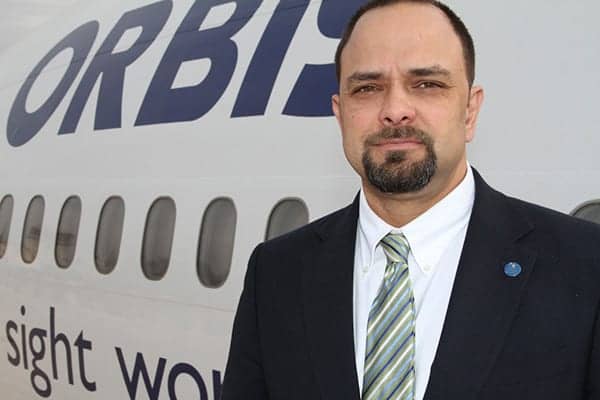 Spurred on by a desire to travel and make a difference, Ismael Cordero has seen the world and helped biomeds all over the globe.

In the early 1990s, Ismael Cordero was fresh out of college and wanted to see the world—and like a lot of young men starting out, he didn’t know how. Cordero, who had graduated with a biomedical engineering degree from Temple University in Philadelphia in 1989, was working at a hospital as a biomed. And while he was itching to travel, it wasn’t to escape his work. “I enjoyed my work—it was fulfilling,” he says. “It seemed more honorable than other things I could be doing.”

But that didn’t mean he wasn’t keeping an eye out for opportunities to hit the road. And that opportunity did come—albeit from a very unlikely place. After answering an ad for a biomed who could work on an plane, Cordero began an adventure that became something much more than a way to see the world. The experience ultimately transformed him to the kind of world citizen who doesn’t just observe—but helps.

The airplane belonged to Orbis, a non-profit organization that a Texas ophthalmologist started in the early ’80s to train and educate healthcare professionals around the world about treating avoidable eye-related illnesses. Cordero’s primary job was to keep the organization’s flying hospital up and running as it flew around the world.

Originally housed in a converted DC-8, the flying eye hospital is a fully equipped surgical unit where doctors, nurses, anesthesiologists, and biomeds could be trained by Orbis medical personnel. Cordero quickly discovered that his job involved much more than keeping the flying hospital in tip-top operating condition. He was also responsible for training local biomeds in the far-flung places he visited as part of his work.

As for seeing the world, Cordero says that he “lost track of how many countries I visited after 30,” though he counts going to India as his most memorable experience. He eventually moved from working full time on the hospital plane to working out of Orbis’ Manhattan, New York, headquarters, supervising other biomeds who were responsible for maintaining the health facilities on the flying eye hospital—by this time housed in a converted DC-10 aircraft.

Cordero left Orbis after 17 years, doing some consulting and eventually working for another nonprofit called Gradian, which created a universal anesthesia machine that can be operated without electricity or compressed oxygen. (Such a device is especially beneficial in regions where power is in short supply, Cordero explains.) While at Gradian, Cordero wrote training manuals and bulletins for the device, in addition to working with distributors in Africa.

Cordero’s roots of adventure and giving back stretch back to his childhood in his native Venezuela. There, he saw the stark differences between the haves and the have-nots. “In Caracas, the big, private hospitals have everything, and you go outside of the city and the hospitals [don’t have much],” he recalls. “I grew up seeing that contrast.”

It was that experience and his desire to travel that set him on his path to helping people. When deciding on a career, Cordero—who at 16 had settled in State College, Pa., with his parents when his engineer father began PhD course work at Penn State—gravitated toward medicine; first dentistry, which he ultimately decided didn’t suit him. Likely due to his own professional bias as an engineer, Cordero’s father suggested biomedical engineering.

Perhaps the most personally fulfilling part of his career has been the opportunities Cordero has had to teach biomeds in the developing world. “I like to teach in a hands-on, practical sense,” he says. Cordero notes that much of his teaching had little to do with the nuts and bolts of repairing a specific piece of equipment.

“A lot of the biomeds in these countries are better at fixing equipment than we are in the U.S., and that’s because they have to improvise,” he says. “Teaching in these circumstances is about helping them to understand the current standards, best practices, and efficiency—the quality aspect of the work. They may be able to fix something, but not calibrate it properly.”

As part of his teaching, Cordero also helped biomeds in Africa, India, and Asia better communicate to their superiors about their importance to the safety and well-being of patients, which helped these techs improve their working conditions. In many cases, Cordero says, the biomeds in the developing world are very poorly paid, work only part-time as techs, and may have to work side jobs to get by. Teaching has also helped Cordero forge lifelong ties with biomeds around the globe—he has kept in touch with many of them, providing manuals and other help on an informal basis.

On the Home Front

Cordero’s days traveling the world professionally have been put on hold. Today, Cordero is a senior project engineer at ECRI Institute, which mainly serves hospitals throughout the U.S. and Canada, but is aiming to expand its international reach. As part of his job at the nonprofit organization, he evaluates medical devices, helping ECRI’s members make wise purchasing decisions and ensuring safe and quality patient care. He’s also back in the Philadelphia area, where he lives with his wife, Susan, a nurse educator, and their daughter, Sofia.

And Cordero’s still doing his part to promote HTM and teach—but he’s turned his attention to the next generation. Twice a year, he takes part in a high school career day, where he opens the eyes of students about HTM and what it means to be a biomed—and a world citizen. 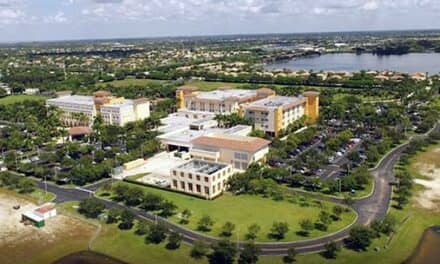 A Day in the Life: Memorial Healthcare System 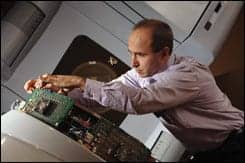 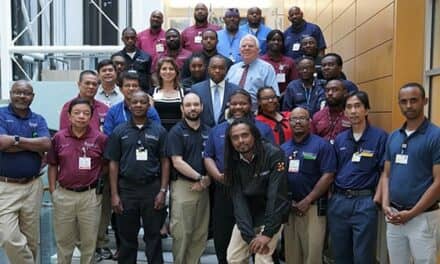 A Day in the Life: University of Maryland Medical Center 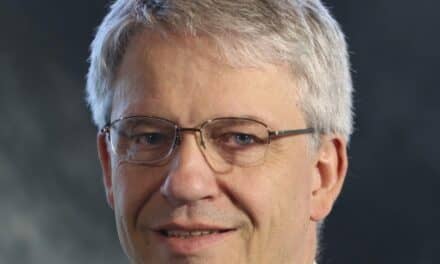