I write this on the eve of the presidential election—an election that has been divisive, heated, and downright dramatic at times. But regardless of which candidate you support (Spoiler alert: By the time you read this, you will know who the 45th president of the United States is.), one fact remains: The policies endorsed by the next POTUS could have strong implications for the healthcare sector.

The government’s involvement with healthcare was a major theme among those surveyed in our 2016 HTM Salary Survey. One of the issues respondents talked about most was the increasing regulations slapped on hospitals and other facilities through the Joint Commission (JC) and Centers for Medicare & Medicaid Services (CMS). “[Dealing with] the changes from CMS/JC [is the worst part of my job],” one respondent wrote. “Over the past five to 10 years, there has been more government involvement, which has cost hospitals millions of dollars to support the community.”

Another respondent griped about “all of the government’s funding rules and regulations.” Suffice to say that most comments regarding government mandates were not complimentary.

But will the individual who is sworn in on January 20th improve the current regulatory environment HTM professionals are navigating? I suppose it remains to be seen.

As we look ahead to 2017 and the induction of a new president, it’s also important to reflect on the year we’re leaving behind. For me, 2016 was a very busy year personally and professionally, as I took the helm of 24×7 in June. I know it was also a busy year in the HTM community as well, full of highs (strong attendance at industry tradeshows) and lows (recent HTM program closures at DeVry and Brown Mackie College).

Chris Hayhurst’s article—“Year in Review: Looking Back at 2016”—covers the biggest news from 2016 in greater detail, highlighting the issues that affected HTM professionals most. The top headlines, according to members of 24×7’s editorial board, were those related to cybersecurity, IT integration, education, and demonstrating value to the C-suite. Of the latter, LifeStructures Technology Planning President Wayne Hibbs, PhD, CCE, said: “I am seeing even large facilities signing contracts with the major service providers and giving their staff the option of either going to work for [those vendors] or finding other work.”

It’s not the rosiest outlook, I’ll admit, but 24×7’s Salary Survey seemed to paint an optimistic picture of the HTM profession moving forward. So here’s to a healthy and prosperous 2017—and, as always, drop me a line at kstephens@allied360.com and let me know your thoughts on the biggest headlines in HTM. 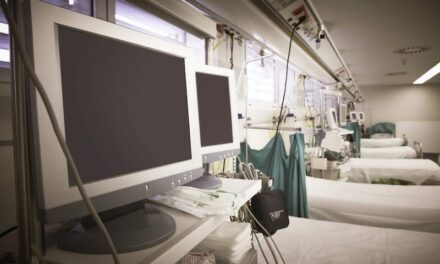