Biomedical is a field with a storied past, a stirring present, and, by most measures, a bright future.

With roots dating back at least 60 years, the biomed profession has experienced sweeping change—from the technology it repairs to the operational structures of the enterprises it serves, from the responsibilities it holds to the relationships it enjoys, from the skill sets of its practitioners to the roles it plays in the delivery of quality health care.

24×7 convened a panel of seasoned biomedical veterans to sketch the outlines of biomed’s progress over the years, assess its current status, and make some projections of the shape of things to come. On the panel were:

24×7: Let’s start by talking about the way it was. What were some of the defining characteristics of the biomedical engineering profession back in the days when you were a newcomer?

Johnston: Mostly, in the late 1940s and early 1950s, biomeds did things like fabricate original equipment designs for amplifiers, stimulators, and recorders. We even did our own glassblowing. There was a lot of borrowing of innovation from other fields; EEG, for example, started as a result of a doctoral thesis in the 1930s on the design of a system to record earthquake activity.

Lynch: In the old days, there was a lot less medical equipment, and virtually none of it talked to any other piece of equipment. Because equipment was by and large self-contained and freestanding, all you had to do was unplug it, take it back to your shop, put it on the bench, fix it, and carry it back to where it belonged.

Baretich: Equipment maintenance programs of the past were very rudimentary, very simplistic. Joint Commission [on Accreditation of Healthcare Organizations] standards for maintenance were a lot less defined, so we had to figure out on our own ways to meet the standards without it costing us a small fortune.

Coker: Test equipment was rare. I remember spending many hours developing test rigs for equipment and having to rely on facility sources for the information necessary to gain a proper understanding of what needed to be done. Also, hospitals didn’t operate on a business paradigm; they were a community service, and costs didn’t matter as much. As technology improved—and became more sophisticated and more expensive—hospitals grew increasingly concerned about how they would get their [return on investment] from the equipment. In turn, that concern—along with the other aspects of hospitals adopting the business paradigm—drove the biomed world, shaping decisions about what we serviced, how we serviced, and where we put our priorities.

24×7: There obviously have been vast improvements in the ability of biomeds to do their job in the course of the last half-century. Is there any single development or event that has been most responsible for the improved lot of the current generation of biomeds?

Coker: Computerized management systems. In the old days, biomed administration was entirely manual. You tracked your equipment inventory, your preventive maintenance (PM) records, and your repairs on paper. Fortunately, the amount of equipment you needed to track was small, so you could get by with a manual approach. But not anymore. Now, the sheer volume of what a typical hospital possesses would make paper-based tracking extremely difficult. Ironically, while computerized management systems are now in use just about everywhere, most biomed departments don’t understand how a database works, how to shape it to fit needs—technician needs being different from manager needs—or how to effectively get data out in a meaningful form. As a result, they have an albatross around their necks that may actually be worse than if they were still trying to manage things manually.

Lynch: For me, the most important development was the advent of the online biomed listserv. It is the absolute best way to communicate and obtain useful information. Before that, each hospital’s biomed shop was on its own. If you had problems with a piece of equipment, you could only call the manufacturer, who was often less than helpful. Now, with the listserv, you post a question, and almost immediately you have responses pouring in from biomeds all over the world who can offer solid, useful input.

Johnston: I’d say it was the introduction and wide proliferation of replaceable circuit boards and modules. When troubleshooting and repair were performed at the component level, it could tie up a lot of your time. Now, you can simply swap out a bad board or module. It’s faster and more cost-effective.

24×7: Compare the level of satisfaction you had in the early days of your career against what you are experiencing today.

Lynch: My satisfaction with the job has always been the greatest when I’m the closest to the patient. If I can fix something and see the benefit to the patient, that’s when I’m the happiest. Obviously, those situations occurred earlier in my career before I advanced up the ladder and my role became more administratively oriented, where gratification is less immediate.

Johnston: Fifty years ago it was a different world, but it was terrific for an engineer whose first love is designing and building gadgets.

Baretich: Right now is a better time where satisfaction is concerned because there are so many interesting challenges for us to tackle. Also, many from my generation have moved out of hospitals to become independent consultants—that’s not a way to get rich, but it does enable you to enjoy what you do and so gain even more satisfaction without being locked into any one particular model.

24×7: How are biomeds’ relationships with other departments—information technology (IT), for instance—different today?

Lynch: There was no IT 30 years ago—or, at least, no IT as we know it today—because there were no clinically based computers. The only computer in a hospital was the big mainframe used by administration for financial operations. Now, medical equipment has become so automated that you have trouble telling the clinical care product apart from the computer. As a result, biomed today is obliged to have a relationship with IT—but, in most hospitals, it’s a relationship that is still evolving. In some places, the relationship is very good. Invariably, there’s some level of tension between the departments as the two try to figure out who owns what and who gets the first call when something breaks.

24×7: Some organizations are looking at a convergence of IT and biomed as the solution. Do you think that’s going to be the answer?

Lynch: No. The IT mission is entirely different from the biomedical mission. IT does not deal with real-time patient care, but rather with business operations and records processing. I think the danger is that in convergence, you have biomeds’ focus becoming diluted by involvement with more global applications.

Lynch: I recently hired an IT person into my department and gave him the title of medical network support engineer. He’s taking charge of my networked and computerized medical devices. He’s not expected to know the patient interface nor to counsel nurses on how to use it, but he is expected to be our in-house technical expert that my biomedical technicians can go to when they need more detailed knowledge. He’s also responsible for developing and maintaining the relationship between my department and IT—our liaison, in other words. I’m hopeful that, through him, the inherent mistrust IT people have of biomeds can be overcome.

24×7: Apart from the convergence issue, what do you see as the biggest challenge currently confronting your field?

Baretich: It’s the question of how we move forward from the old model of fixing equipment down in the basement to a new model, a new approach where we are a strong, robust part of the team that’s trying to improve patient care.

The problem with being focused on doing PMs and repairs is that those activities have become a commodity. Any time something becomes a commodity, it’s usually bought on the basis of price—the lowest price. That’s served to put us in a spiral of being focused on cost. The remedy is to look beyond PMs and repairs, to look instead at other value-adds that you can bring to the organization, such as in the realm of patient safety, which is on everyone’s mind these days.

24×7: Would you agree with others who say improvement in patient safety hinges on the breaking down of barriers between different parts of the hospital?

Baretich: Yes. And I see that as representing a tremendous opportunity for us to join the team. Whether you’re an engineer or a technician, you have the skills to become an important contributor on that team. However, if you want to be effective in that role, take the time to learn about things like failure-mode-and-effect analysis or root-cause analysis, which are methodologies the others on the team are already using in their corners of the health care system.

24×7: How do you envision the future of biomed?

Baretich: I foresee more cooperativeness, more teamwork with other clinicians. For that reason, my advice for those just coming out of school and starting their careers is to be open to the idea of engaging in lifelong learning. Also, watch what’s happening technologically and administratively so that you can reinvent and reposition yourself to take advantage of change, rather than be threatened by it.

Coker: I am encouraged that BMETs now have a professional organization—META. For as long as this field has been around, it has been driven by outside forces, never by the people in the trenches. That said, I do not think the biomed field will change much over the next 5 years. But 15 or 25 years down the road, it could be very much changed—out of necessity. I predict that biomed departments will more often than not have as managers and supervisors people with strong business skills. This is already happening: I’m aware of even midsized health systems requiring biomed administrators to have a business degree.

Coker: Yes. Biomed managers with business skills will likely have more influence over the decisions made by senior hospital administrators. I also feel that biomed departments will need to be more professional or even clinical in appearance. Our work environments cannot continue to look like a place where televisions or lawnmowers are repaired. The physical improvements of our work environments will not only have a strong impact on the way the rest of the hospital views us, but will also help biomeds feel that they are contributing to clinical care, that they are vital members of the team responsible for fulfilling their hospital’s mission.

Rich Smith is contributing writer for 24×7. 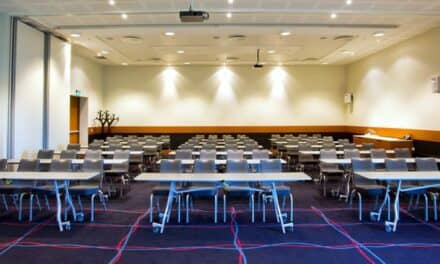