Biomeds are at the forefront of an initiative to educate professionals and consumers about the importance of proper management of clinical alarms.

Usually, they do. Sometimes, they do not—and for reasons that biomeds need to be concerned about. “In a critical-care environment, not responding promptly to a device alarm could prove fatal to patients,” says Tobey Clark, MSCE, CCE, director of instrumentation and technical services for the University of Vermont in Burlington. “In 2001, hospitals around the country reported 189 deaths and serious injuries in which alarms were in some way involved. In 2004, that number had risen to 449, according to the US Food and Drug Administration’s [FDA] Maude database.”

Close heed to device alarms is not always paid because they have been known to trip when nothing is wrong with the patient. In some institutions, these false alarms occur so often that clinicians become desensitized to the clarion’s call—if, that is, they have not first thrown up their arms in frustration and switched off the untrustworthy noisemaker, says Clark. Other times, alarms go ignored simply because they are inaudible: Either the alarm volume is set too low to be heard, or the clinician is too far away to notice it sounding. Then, there are occasions when clinicians cannot quickly respond to an alarm because they are not sure which machine of many is issuing the aural alert.

Disquieting Finding
The deficiencies of clinical-alarm management have long been a matter of concern for Clark—enough so that a year ago, he took on a leadership role in a biomedical engineering-led effort to help hospitals in the United States do something about the problem. He is the codirector of the Clinical Alarms Management Project sponsored by the American College of Clinical Engineering’s Healthcare Technology Foundation (AHTF).

The focus of the Clinical Alarms Management Project is bedside devices: chiefly, ventilators, monitoring systems, and infusion pumps. Many of the insights Clark possesses with regard to the situation come from a survey the AHTF has been conducting for the past several months. The questionnaire is accessible online until early 2006 at the AHTF’s Web site and those of approximately 10 professional societies. Thus far, nearly 700 completed survey forms have been returned, most of those coming from care providers.

Among the disquieting preliminary findings of the still-in-progress survey: Many clinicians have developed an over-reliance on alarms. That is, rather than make the effort to routinely check patient parameters and stay on top of potentially life-threatening changes, they leave it to the machines to alert them when something is awry. The risk there, says Clark, is that an alarm may be broken and unable to sound. As such, a clinician depending on the alarm to signal trouble would be unwittingly placing the patient in grave jeopardy.

A goal of the survey is to help the AHTF get a reliable handle on the extent to which the management of clinical alarms is a problem in hospitals so that equipment manufacturers can take appropriate corrective action, says AHTF President Yadin David, PE, CCE, director of the biomedical engineering department at Texas Children’s Hospital in Houston. According to David, manufacturers are eager to learn what, if anything, the survey results can tell them about user experiences with clinical alarms.

“Industry has shared with me that they’ve been trying for the last 50 years to come up with an ideal alarm, but have no clue as to whether they’ve been successful in doing so,” David says, adding that the FDA, too, would love to acquire such knowledge to know how to better evaluate the safety and efficacy of these critically important products.

After the survey period ends, Clark and others involved in the Clinical Alarms Management Project will sit down to write a white paper on the causes of and possible cures for problems arising from unheard, ignored, and over-relied-upon alerting systems. Hoping to make the white paper available during the first quarter of 2006, Clark says it will offer clinical alarms guidelines and best-practices information “that can be adopted by equipment manufacturers, standards organizations, caregivers, and clinical engineers.”

Patient Education
The Clinical Alarms Management Project is but one of four initiatives—or modules—currently sponsored by the AHTF, a tax-exempt 501(c)3 corporation.

“Our intent with our various endeavors is to make safe technologies more understandable to the general public and to provide that information through a single, readily accessible source,” says AHTF Board Member Marv Shepherd, PE, president of Devteq Consulting in Walnut Creek, Calif. “Although educational information is available from many of the companies that manufacture these technologies, and also from public entities, it has historically been difficult to dig out. Sometimes, the information available is pretty [sparse]. Other times—actually, most times—it’s written in ways that only engineers can comprehend. We’re hoping the public will come to see the AHTF as a valuable resource for clear, complete information about equipment and safety issues that they are likely to encounter during a stay in the hospital.”

The first of the four education modules is already completed. It addresses safety issues that arise when patients attempt to bring their own medical devices into a hospital.

“Patients may not understand why the hospital won’t let them bring in devices from home—an ambulatory infusion pump, for instance,” says Shepherd. “What we want to help them appreciate is that the hospital takes the position it does because it may not fully understand the safe operating procedures for that particular piece of equipment, let alone be able to maintain it. Conversely, we also want hospitals to understand why patients would want in the first place to bring such equipment with them from home. We’re seeking to bridge the knowledge gap on both sides of the issue.”

A second module is planned to discuss general safety issues in the home-care environment (use of oxygen in particular), while a third will evaluate the safety of various bedside devices, Shepherd divulges. “In general, AHTF chooses the modules to be written and sets forth what their content will be, but then relies on paid expert authors to do the actual writing.”

Something the AHTF did not plan on is that it has more good module ideas worthy of development than it has actual budget dollars and manpower. “At present, we have a modest budget of just $15,000 for our educational modules,” says Shepherd, to which David adds, “We need people to step forward and help out.”

Noble Ambition
The AHTF’s emphasis on the education of health care consumers is necessary to maintain tax-exempt status. However, Shepherd is convinced that the educational materials targeted to the public will also be found useful by biomeds. Moreover, there is room in the organization’s charter for public-service projects of a decidedly technical nature—for example, the AHTF has on the drawing board a program that will bestow recognition on clinical engineering best-practices.

That is in keeping with David’s reason for founding the AHTF 3 years ago as an entity to promote safer and more efficient delivery of health care via technology management. “There was no place we in clinical biomedical engineering could go to for the focused resource support and funding needed to advance our ideas about how to do a better job with technology-management leadership,” he says. “If you were in the field of nursing, for example, there, of course, are such places—foundations and organizations. But not in our own profession.”

The AHTF chose the Clinical Alarms Management Project as a kickoff initiative because it addressed an area of great consequence and keen concern among many different interests—biomeds, naturally, but also nurses, physicians, risk managers, hospital senior administrators, equipment manufacturers, regulatory agencies, the media, and health care consumers. “It was the hottest topic we could think of,” says David.

The Clinical Alarms Management Project launched in early 2005 with the assembling of a 14-member task force made up of representatives from clinical engineering, the American College of Clinical Engineering, and the ECRI (formerly the Emergency Care Research Institute). As the program took shape, input was offered by the Association of Perioperative Registered Nurses, the American Association of Critical Care Nurses, Infusion Nurses Society, and others. Then came presentations at clinical engineering and risk-management conferences across the country: a half dozen so far, with audiences at each giving it a good reception, Clark reports.

In those presentations, which are conducted as town-hall-style interactive meetings, Clark and other speakers have been making a point of describing worthy efforts by hospitals across the country to improve their own management of clinical alarms. For instance, one hospital mentioned by Clark has produced a training tool in the form of a CD that clinical staff can run on computers at their desks to hear the alarm sounds of the plethora of devices to which they will need to respond. He also cites a number of hospitals that have incorporated the practice of conducting environmental rounds of their intensive care units to assess the staff’s ability to hear alarms from various locations, such as down the hall or at the nurses’ station, and then measure responsiveness to them. Yet another Clark-spotlighted institution has come up with guidelines for alarms on equipment used in isolation rooms, where doors are normally closed at all times; those guidelines spell out how to develop remote systems that allow nurses and other staff at monitoring stations to know when an alarm has been triggered.

Makes Sense
Once the white paper is published, the Clinical Alarms Management Project will shift into a lower-profile mode—at least it will from the AHTF’s vantage point.

“The project will be ongoing for an indefinite time,” says Clark. “But after sufficient awareness of the problem has been achieved, it will then be up to the various participating organizations to carry the ball forward.”

Clark says the success of the Clinical Alarms Management Project will be measured in terms of the interest it garners from biomeds as well as from clinical care providers and people involved in risk management/quality assurance. Clark believes the biggest help biomeds can offer in this endeavor in the places where they work would be to “make the clinical staff aware of the survey and encourage them to download it and complete it. Then, the biomeds should do the same for themselves. And while they’re visiting the AHTF Web site, they can also access much other useful educational materials, including presentations and bibliographies.”

A rationale that a rank-and-file biomed might offer to convince supervisors and managers that the Clinical Alarms Management Project is something the department as a whole needs to rally behind would be that it can help promote better relationships with the customers of clinical biomedical-engineering services, Clark contends. “One of the best things to emerge from this project is the greater level of interaction in the form of discussion and collaboration that has been sparked between the worlds of biomed and clinical care,” he says.

More fundamentally, departmental embrace of the Clinical Alarms Management Project could be another way to demonstrate the value biomed brings to the table in general. “It only makes sense,” says Clark, “that biomeds would be key participants in an effort like this, since they have knowledge of both the technical and clinical aspects of this systems-based issue. They are best positioned of anyone in the hospital to address it.” 24×7

(For more information about the Clinical Alarms Management Project or the AHTF, log on to www.acce-htf.org/) 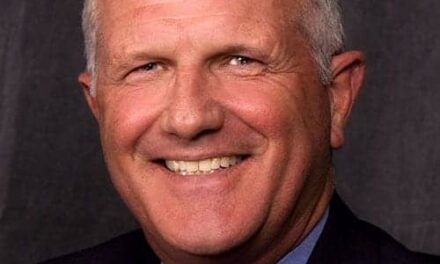