I know I say this at the end of every year, but I can’t believe that 2018 is only weeks away. From a publication perspective, 2017 has been a great—and eventful—year for 24×7 Magazine. I, along with my wonderful publisher, Sharon Farley, have attended numerous industry tradeshows; we’ve put out 13 issues—including March’s Buyer’s Guide and the upcoming December issue; and we’ve covered all the groundbreaking news in the healthcare technology management (HTM) field.

We’ve also generated the news—as evidenced by December’s cover story, “HTM Salary Survey 2017”. Every December, 24×7 Magazine unveils the results of our annual job compensation and satisfaction survey—a move that enables us to keep our finger on the pulse of the HTM industry better than any other entry.

Each year, you tell us what you love about your job; what you, well, don’t exactly love; how much you make; and what you believe are the biggest issues currently affecting the field.

Major themes that emerged in 2017’s survey included “excessive” government regulations, manufacturers’ refusal to provide service manuals, and the convergence of IT and biomed. The latter issue, one respondent wrote, is especially changing the face of the HTM sector as “HTM and IT professionals must work closely together to provide the best care possible for our patients.”

Not that this relationship isn’t contentious at times, the respondent acknowledged. “I believe that there are still lines drawn in the sand [regarding the] responsibilities for some technicians and institutions—but the line is becoming much grayer and we need to accept shared responsibilities more openly.” It’s a relatively positive outlook for an issue that some respondents deemed frustrating.

Some survey respondents took note of their compensation improvements, with one individual praising his/her “good pay and good benefits” structure. Another respondent wrote that “making decent pay” is a good reason to pursue a career in HTM.

Financial incentives aside, survey respondents also mentioned the satisfaction that comes from directly impacting patient care. “It is especially rewarding to [help…] produce a better environment of care for the institution and patients,” one respondent wrote.

And, from my perspective, it is especially rewarding to highlight the contributions of our readers—healthcare’s unsung heroes who work tirelessly for the betterment of others. Thank you for all you do, dear readers, and I wish you a wonderful Thanksgiving and holiday season. 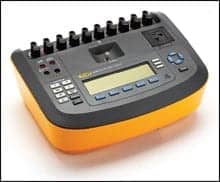