Practicing Caution A round MRIs

Most hospital staffers understand that the M in MRI stands for “magnetic,” and they know that magnets attract metal. They have also heard about the disasters involving magnetic resonance imaging equipment, such as patients being struck, pinned, or lacerated by a ferromagnetic object pulled into the equipment’s powerful magnet. Those objects have included oxygen bottles, tools, chairs, ladders, patient lifts, traction weights, IV poles, laundry carts, pens, hair barrettes, and scissors.But that theoretical understanding can be as ineffective as a mother saying a generic, “Be careful!” without real-world details to show exactly how potent the forces at play really are. With careful training and vigilance, you can have an accident-free MRI suite.

“I get a little upset when I find used needles in the bore. That’s happened on quite a few occasions,” says James Wilson, a Chatsworth, Calif-based senior MRI and computed tomography (CT) specialist for the west zone imaging team at Master Plan Inc, a national third-party independent service organization. The problem, he and other experts explain, is not just simple human error; it’s complacency. Even the best-intentioned technicians who use the suite day in and day out will start to cut corners, save a few steps, and fall victim to perhaps the most dangerous employee temptation of all: “Well, just this once …”­

The best way to overcome that is constant, relentless employee education and as close to a zero-tolerance policy as you can get. Actually, it is more like employee “reminders” than employee “education,” Wilson explains. The hospital staffers who use the equipment and service the suite generally know that MRIs are complex, expensive, and potentially dangerous. But that often remains a theoretical knowledge. Like high-rise construction workers who know that a slip-and-fall could be deadly, those who work around MRIs still use shortcuts when they know better—their version of reaching just a little farther than they should for that connecting beam, 35 stories in the air.

“I’ve been called in for four accidents,” Wilson reports, “and all of them involved high-time techs. The ones who know better are the ones I have to deal with.” Indeed, he recalls, a staffer at one facility he manages even called to ask about the safety of a device he wanted to take into the MRI suite and then took it in even after he was cautioned against doing so. “That just blew my mind,” Wilson says. “That’s why you have to keep retraining. When I train with my team out in the field, they’re all looking at me like, ‘Yeah, we know this.’ But I’m finding that if I don’t keep harping on this, it does get dropped. We tend to think we understand, but there are just so many issues beyond the magnetic principles we deal with that it’s a constant education issue.”

Magnetic Pull
The biggest and most important component in an MRI system is the magnet. A horizontal tube, known as the bore of the magnet, runs through the magnet from the front to the back. An MRI magnet is rated using a unit of measure known as a Tesla (T). Another unit of measure commonly used with magnets is the gauss (G) (1T = 10,000 G). The magnets in use today in MRIs have been in the 1.5- to 2T range, but there is an increasing availability of 3T MR systems for use in routine clinical scanning.

When a patient is in the MRI scanner, the nuclei (consisting of single protons) of his or her hydrogen atoms align with the scanner’s magnetic field. Then, a second magnetic field, a radio frequency (RF) signal, is applied, causing the aligned protons to move out of their normal position. When the RF field is turned off, the hydrogen nuclei realign back into their proper position. During the realignment process, the nuclei send out signals. These signals are captured by the computer system that analyzes and translates them into an image of the body part being scanned.

There are, explains Glen Wolfe, CBET, CET, manager, biomedical services, at Trace Services Inc, Elk Grove Village, Ill, three basic types of MRI units: superconducting, permanent, and resistive magnets. In the first two, a magnetic field is present at all times once the machine is installed. The resistive magnet is turned on and off as needed.

Minimize the Risks
To keep up with the latest technology in the MR field and to increase MRI safety, ongoing employee training is essential, making sure underlying policies and procedures are in place, too.

“Most accidents aren’t caused by technicians or biomedical engineers, but by outside vendors,” Wilson explains. “They should have to check in so we can do the screening. Some hospitals are good at saying, ‘I don’t care if you’re the MR service engineer; I’m going to screen you myself.’ Now, the rest have to step up and ask, ‘How do I minimize the risk?’ ­”

Eight practices a facility can implement right now to help ensure a safer MRI suite are:

• Restrict access with a screening sheet that requires people going into the suite to sign it, saying they have no metal on their persons. Also, many institutions require someone inside the suite to unlock the door, while others restrict access altogether unless a patient is being prepped for a procedure. “Whoever is in charge,” Wilson recommends, “maintains the key and says, ‘You’re not going in there unless I screen you.’ ”
• Be sure an oxygen monitor is installed in the room, and convert all O2tanks in the hospital to an MRI-safe type.
• Store a nonferrous tool kit—for use only by biomedical engineers and only in the scan room—in the MRI computer room.
• Allow only a verifiably trained engineer to work on MRI equipment.
• Adopt a policy requiring all equipment purchases for the MRI suite to be reviewed and approved by the biomedical engineering department.
• Clearly mark MRI-safe equipment. One hospital paints oxygen tanks, gurneys, and wheelchairs bright yellow to identify them as MRI safe.
• Invest in the type of walk-through metal detector found in airports.
• Do not rely entirely on safety nomenclature, such as “MR Safe,” “MR Conditional,” and “MR Unsafe,” from the various national organizations. “There should only be one marking: MR Safe,” Wolfe says. “All the rest are confusing. Either it is safe or it is not.”

Costly Equipment Damage
MRI risks extend beyond human injuries. While patient safety is, of course, paramount, equipment damage can also occur in an MRI accident. A ferromagnetic object lodged deep inside a tight MRI bore may not only be hard to reach, but generating enough force for its removal may prove difficult, resulting in extensive downtime. In an emergency, the magnet may need to be turned off quickly, putting the system out of service for days, entailing substantial financial losses, which can exceed $500,000 if the magnet has to be replaced. MRI accident reports have also detailed dislocation of and other damages to the magnet, as well as damage to the gantry, fan blower, and body coil antenna.

Indeed, Wilson stresses, he knows of one site that had not even opened its brand-new MRI to patient use and was down $140,000 because a janitor was buffing the floor around the magnet and the magnet sucked the buffer inside. In addition, technicians who think they know what they are doing can make matters worse when they try to remedy such situations. “Don’t try to hide a mishap from us,” he emphasizes. “Part of the damage is obvious. But part is what you can’t see.”

And the risk is just going to get worse. In fact, Wilson points out, “With 3T magnets, the advanced type that generate 3 Teslas of force, it becomes a physiological issue. I know of an engineer who was hospitalized just because he was in the room too long working near the magnet. We didn’t have to deal with that even 2 or 3 years ago. And we haven’t hit a saturation point in the field, either. There are more and more MRI machines in departments that haven’t had them and where the facilities’ staffers aren’t adequately trained.”

John Engel, CRES, a retired senior systems training specialist at DITEC, Solon, Ohio, notes that biomedical engineers themselves also need to step outside of their day-to-day mind-sets and focus anew on MRI safety. For one thing, he stresses, “Whoever manages the facility needs to invite the local fire department in and show the firefighters how to quench the magnet.” That, of course, should happen only when a life or limb is threatened, Wilson adds. “The signs on some MRIs’ quench buttons read, ‘Quenching the magnet is quick and easy. Ramping the magnet back up is long and costly. Are you sure you want to do this?’ ”

And, Engel adds, staffers need to battle the complacency that leads to most accidents. “I use the example of a group of experienced friends who planned to videotape one of them making a parachute jump. But they forgot the parachute. That means one of two things. Either nobody liked the guy, or they all had the, ‘He’s an expert; he knows,’ syndrome.” 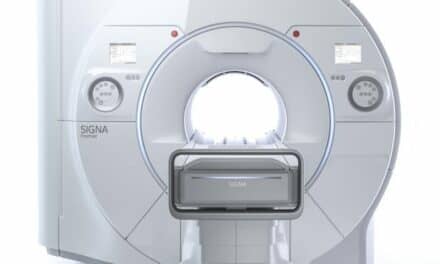