Listening can appear to be a passive act. But it isn’t. Listening can appear to be easy. But it’s not. Pressed at all times for action, those in the bustling world of health care can easily mistake real listening with simply hearing people make requests or relaying messages. Real listening means hearing things said as well as things left unsaid. Listening means thinking about who is doing the talking, and not just on the words spoken. The leaders of the Healthcare Technology Management Association of South Carolina (HTMA-SC) seem to have listening skills built into their DNA. They heard the need for a new association, and they listened to what made other organizations successful. They listened to various stakeholders of their organization—members, vendors, and department heads alike—to determine where to go next. They listened to the discussion about “biomeds” and decided to change their name because of it. For HTMA-SC, active listening has resulted in active growth. And, for other associations in the country, the story out of South Carolina is worth hearing.

The Need for Something New

“North Carolina has always had a strong biomedical society,” says Pat Lynch, CCE, CBET, HIT Pro/PW, CPHIMS, and chief do-gooder at Global Medical Imaging (GMI), Charlotte, NC. “And many people in South Carolina have been members of the North Carolina association.” With cities such as Charlotte near the South Carolina border, it worked for some. Lynch is a member of the association to the North. In fact, he helped found it in 1980.

South Carolina had an association, too, but it was an organization that served a variety of health care employees, and biomedical engineers and technicians did not always find the information applicable. “Most of the vendors were more involved with engineering facilities,” says Herbert West, CBET, clinical engineering manager at Roper St Francis Healthcare, Charleston, SC. “It wasn’t a big value to people in our field.” 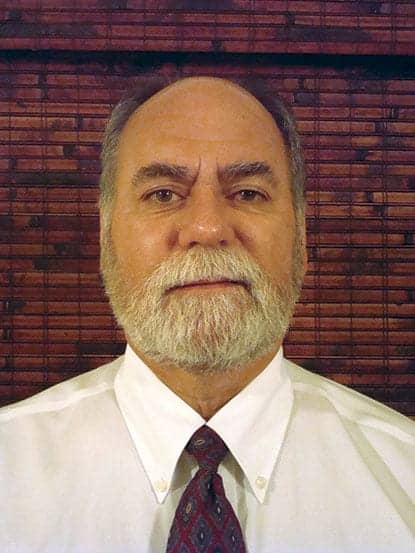 After a while, vendors relevant to people like West were no longer able to attend meetings because it was not worth it to them, either. “They said, ‘If you can build your own organization with just biomeds, we’ll be more than happy to help you grow,’ ” West says. So, in 2009, a group decided to form a new association.

“The goal wasn’t to compete with North Carolina, but to do something different, to complement what they do,” says Todd Hazzard, CBET, director of biomedical services at McLeod Health. In 2010, the new association, called the South Carolina Biomedical Association, had its first meeting, with West serving as president.

Building an Association from the Ground Up

Creating a new association provides the opportunity to implement a slew of new ideas without facing institutional resistance, so organizers had a clean slate. In Pat Lynch, members of the new organization had the perfect person to bring interesting ideas to the table. “When I came to work with GMI, I realized that nobody had an overview of what all the biomedical societies were doing,” he says. “So I went out and joined every biomedical association in the states—over 40 of them. I saw how they are run and what their best practices are.”

The South Carolina group acted on one of Lynch’s observations about leadership. “Most associations have four leaders,” he says. “The role of running the association falls on those four people.” South Carolina retained the idea of a four-person executive council but added to that a 12- to 14-person board of directors. The executive officers are elected from that board of directors. “The workload of the day-to-day tasks—website, recruiting—can be spread among 12 people instead of four,” Lynch says. Having a board presents a way to get more new people involved.

“One of the biggest things I’ve learned is that succession planning is not something that biomeds are good at,” Lynch says. “Most of the biomedical associations in the country that have failed have failed because they have been unsuccessful in getting new blood into the leadership of the organization.” According to Lynch, when people hear they can be part of a large team and start with small responsibilities, they are more likely to join. On the other hand, “If they know they’re going to carry one-fourth of the burden, that’s much more intimidating,” he says.

Having extra minds around the planning table also can help make programming richer. “One of our board members volunteered to contact someone to teach a class on IT,” Hazzard says. “I’m not sure if without board members we could do that. We all have normal jobs. We need to have more help in order to have more events.”

Membership started small, but a few simple changes helped the numbers to grow. First, membership fees were eliminated, where it still stands today. An additional benefit of this action was the elimination of the need to process the annual forms and checks. Second, the organization positioned itself as a resource for individuals outside South Carolina, just as many from South Carolina utilized the association in North Carolina. HTMA-SC now has 405 registered members, 100 of whom are active members, and corporate memberships support the organization.

After existing as its own organization for only a few years, the South Carolina Biomedical Association decided to make another significant change in April of 2012. It became the Healthcare Technology Management Association of South Carolina, a reflection of the discussion at last year’s Future Forum that focused on the field’s identity.

“It’s a branding change,” Lynch says. “Part of the problem is that we call ourselves a wide variety of names, and they are not friendly or inviting to the imaging or IT people of the world. If you talk to any imaging engineer, they’ll say, ‘I don’t participate in biomed associations because I’m not a biomed.’ ” In that sense, the decision to change the name was as strategic as it was a vote of confidence for the Future Forum discussion. “With the name change, we want to get IT people more involved,” Hazzard says.

As is the case with any association, successful programming is crucial to a successful organization. So what do members want? “People want IT training,” Lynch says. “I’ve determined that biomeds typically work in general areas; they typically don’t work in the lab or in radiology. That’s because if you don’t know the languages there, it’s like stepping into a foreign country. IT is the same way. Things are done differently, they have different priorities, IT service calls are handled differently, and there are hundreds of acronyms. We need to provide IT training to our biomeds to gently move into the IT world, or at least feel comfortable around it.” 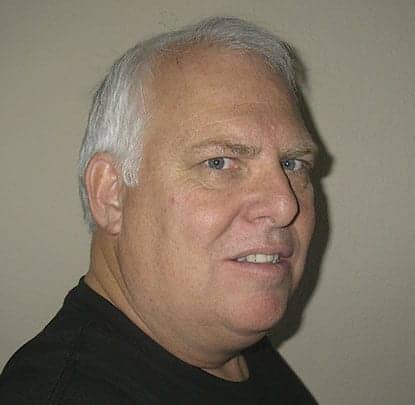 Lynch says that teaching these skills often requires in-depth training that would be impossible to accomplish in a day or two. Consequently, the challenge is to build educational opportunities that have a clear economic impact for employers: “What the bosses of these biomeds want is that their biomed can get back and save them money on the first day they get back from training. Unfortunately, those are difficult kinds of training to offer in local associations.”

HTMA-SC is not to a point where it can offer long educational sessions, but it is building a foundation of solid educational opportunities. Its annual symposium offers a dozen educational opportunities as well as the chance to meet multiple vendors. West was instrumental in putting together the annual event, which has become the anchor of HTMA-SC’s educational offerings. By being keenly aware of what members and vendors were thinking, he helped design the symposium in a way to ensure early success.

“One of our concerns was that we weren’t 100% sure we would have the participation,” West says. “So, we built a model where we could fit everything in a 1-day scenario—lunch, education, time with vendors. This type of setup allowed vendors not to get tied up in a 2-day event.” The event has been a success, and enthusiasm for it is building.

For the 2013 symposium, which takes place in May, West expects to see 75 to 100 people attend. “We want to provide as many educational offerings as possible, but we also want to help build support for vendors,” he says. “They provide a lot of financial support to help move this organization forward. It’s a shared, cooperative-type program. That’s key to its success.”

In sum, HTMA-SC has moved from setting up the organization at a purely structural level toward fine-tuning it to meet members’ needs. “One thing I’ve found is that organizations have their own rhythm,” Lynch says. “Baltimore has a full-blown dinner meeting every month from September though May. Then they don’t do anything in the summer. Others meet quarterly.”

Hazzard explains HTMA-SC’s thought process: “Some organizations have one or two larger meetings. Our goal was to have multiple smaller meetings, and spread them across the state to get more participation.”

By adopting successful strategies from other organizations, listening to key constituents, and identifying ways to build a solid foundation for future growth, HTMA-SC finds itself in a good position. Three years after its inception, its leaders keep pushing forward.

Lynch wants to invest in increasing collaboration with others. “I hope we start bringing biomedical technicians, imaging engineers, and IT workers in South Carolina into a more collaborative group that talks with one another, that can share tips and tricks,” he says.

West wants to ensure HTMA-SC serves the state equitably: “We recognize that we need to get out to all of the areas of South Carolina. The upcoming symposium is in Columbia, which is central to the state. We want to be able to rotate the symposium to different areas so we can increase participation across the state.” West also envisions an HTMA-SC that expands its continuing education, providing options throughout the year. He sees the programming being highly mobile—traveling to hospitals in order to be convenient for as many people as possible.

As a result of the breadth of its leadership, HTMA-SC does not have to choose among these ideas. Instead, it can develop in multiple ways simultaneously. And, because it continues to take the pulse of everyone involved, HTMA-SC ensures that it hears the needs of its members as it grows. It might have just begun, but HTMA-SC has already found its own rhythm, and it is one that has people listening. 24×7 Focus On March 2013

Focus On: The Clinical Engineering Society of Ontario