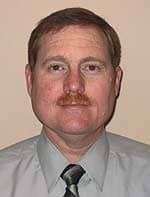 Though it was founded in 2007, the Clinical Engineering Association of Illinois (CEAI) has the look and feel of a long-standing, finely tuned biomedical association. Serving primarily the Chicago metro area, the CEAI has members from all over the Midwest, including Indiana and Wisconsin, and as far as the East Coast. Having just completed the association’s second annual conference, which drew attendees from all across the country in addition to multiple vendors, the CEAI’s leadership insists that the foundation for its success has come from a solid mission and sticking to the formula it established when forming the association. 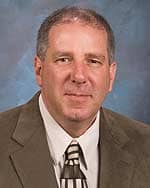 “I think, starting out with good bylaws and a good succession plan for your leadership is key,” says current CEAI president Steven Vanderzee, CBET, manager of clinical engineering technology, Advocate Healthcare, Oak Brook, Ill. “The core team that starts can’t just carry it forever. You need to keep bringing people in; to have a strategy and structure to support both formal and informal leadership.”

Founding president and current CEAI executive trustee Alan Moretti fronted that core leadership team. Moretti began having grassroots meetings in 2006 before he and others formally began the association in 2007. His final term as president came to an end last year, and, as it states in the CEAI bylaws, he moved into a leadership role as the executive trustee of the association. Moretti, while confident in the association’s mission and bylaws, attributes the CEAI’s early successes to its members.

“We’ve had a lot of strong successes early on, and that’s really attributed to the strong membership,” Moretti says. “We’ve had a lot of talent here that has come together in the Midwest and dedicated themselves to this association. We are very young, but to have accomplished what we have, from our chapter meetings to our annual meeting, we are clearly a long way ahead of the curve.”

However, as most leaders of biomedical associations know, finding new members or building a membership base is a difficult task. Some biomeds do not want to spend their free time at chapter meetings, while younger members are sparse and difficult to recruit.

Establishing a strategy to build a core membership became a key focus for the association. From contacting manufacturers to surveying existing biomedical associations for tips on how to run a successful organization, the CEAI leadership explored every avenue to get the association started on the right foot.

“Reaching out to the vendors, manufacturers, and the national organizations for support is very important. They all have resources,” Vanderzee says. “On the organizational side, you can tap into other associations’ experience so you don’t have to reinvent the wheel. We did that when we started evolving. We looked at the North Carolina Biomedical Association, the California organization, and a few others to see what made them successful. We looked at how they formatted their symposium, how they attract members, their membership rate, and all of the things that others are doing.”

“You have to understand the demographic of the area,” Moretti says. “What I mean by that is finding out what their install base is like: hospitals, ISOs, and OEMs. It’s important to reach out to those folks and build a core base. It’s also important to develop a mission, and a mission that will have sustaining value.”

Both Moretti and Vanderzee insist that the CEAI experienced very few actual struggles when getting off the ground. Rather, it faced logistical issues that needed sorting out before the association could take off, such as how much to charge members, the frequency of meetings, and methods of contact, among other typical questions surrounding new associations.

“I don’t think they are struggles as much as they are getting the education to our members and making them aware of what we offer,” Moretti says. “They aren’t struggles so much as part of the infancy process.”

The CEAI leadership continues to deal with the logistics of scheduling meeting times and locations, and has tried various approaches.

“We’re in the Chicago metro area, so the location of the meetings have been a bit of a challenge in the past,” Vanderzee says. “We were moving them around quite a bit. We tried to have them hosted at different facilities, but that starts to become a challenge during the week. We found that there were quite a few managers and staff that could get away during the day to attend. We thought that might be an issue, but we found that if it’s a half-a-day session and there’s going to be something meaningful for them to take away, the managers or the managers and their staff will allow for that. If it’s in the evening and you’re trying to get into the city from the suburbs—or vice versa—there’s a lot of logistics there.” Based on these challenges, the association ended up going to Saturday meetings so its members did not have to rush out of work to get to a meeting. 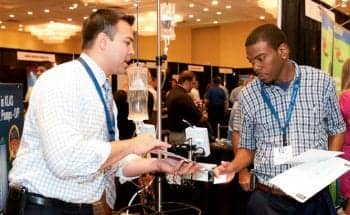 CEAI’s second annual conference in August drew attendees from across the country as well as multiple vendors.

The mission of the CEAI, like most associations, focuses on the education and advancement of the industry. The association’s annual conference is filled with educational sessions and roundtable discussions, while chapter meetings feature educational content. The leadership team has even partnered with DeVry University Chicago-area campuses to offer a scholarship program and to help develop the educational programs at the schools.

“The mission for our organization is to support the development and education of our industry,” Vanderzee says. “This year, we’ve spent a lot of time developing a scholarship program. Continuing to support that and communicating that it’s out there, as well as making sure that we’re smart about the funds that we have available to support that endeavor, will continue to be a priority for us.”

Ultimately, though, for the association to continue to thrive, the CEAI leadership team needs to stick by the association’s mission and always ensure that its core membership finds value in the services and resources that the CEAI offers.

“We need to make sure that the content of our chapter meetings and symposium is meeting the needs of our members,” Vanderzee says. “It is important to maintain relationships with our vendors and corporate sponsors to make sure that they feel like they’re getting something out of the organization. We also need to engage at the national level with AAMI and other publications to get the word out and make sure that our organization is being represented at the national level as well. Success comes from a good foundation around your bylaws and leadership structure, and it’s important to leverage the resources that are available to you through manufacturers and other health care organizations.” 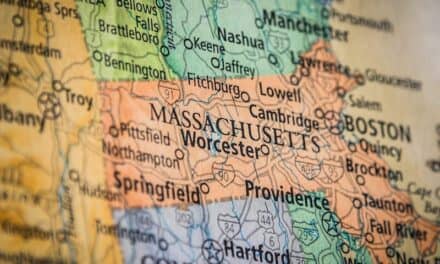 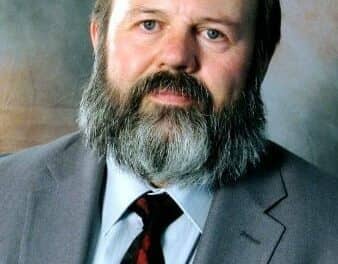