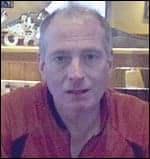 Local clinical/biomedical engineering associations thrive on membership and participation, despite the fact that most association presidents list member involvement among the groups’ greatest challenges. Getting professionals to take time out of their personal lives to attend meetings and seminars often proves a struggle. Though involvement remains a concern for the Baltimore Medical Engineers and Technicians Society (BMETS), active member participation is also the biggest reason that the organization has persisted for more than 25 years.

With a focus on education and resources, BMETS’ leadership caters the association’s offerings directly to its membership. Meetings consistently feature presentations from local and national vendors—while remaining devoid of advertorial speak—and the association’s newsletter and Web site contain useful resources such as job listings and industry updates.

“The success of our organization has been our membership,” says Robert W. Bain, MS, CBET, project coordinator, clinical engineering, Lifebridge Health, Baltimore, and president of BMETS. “That’s the key to our organization. The best support they can give is to show up at our meetings and participate, which encourages vendors to come.”

Enticing vendors to participate is a key aspect of the association’s success. Years ago, BMETS held its meetings at a revolving selection of members’ biomed shops, but as the economy worsened, individual biomed departments lost the funding to host and cater the organization’s meetings. Since then, the BMETS leadership has been able to solicit vendors that are willing to not only present information to the membership, but also fund the catering, which now takes place at a single location, Snyder’s Willow Grove restaurant in Baltimore.

“It’s taken a long time to get a vendor willing to present and sponsor at meetings,” Bain says. “They’re actually paying us, and that was tough to find. Do you know what made it work? The fact that we had attendance and participation. That is the key: Get people to your meetings. We have a lot of vendors that want to work with us because of our success.”

One of the association’s primary goals has always been to avoid corporate control and influence. The association’s officers cannot be employed by vendors, for instance, and the leadership team makes certain that when vendors present during meetings they avoid any sales talk.

“When a vendor comes in for a meeting, the emphasis is on training,” says Roy Leake, CBET, secretary and Web site manager for BMETS. “They’re presenting information that’s going to train the BMETs either on getting access to the machine or how the machine actually works. We don’t ask them to give us any information that may be classified as far as their company is concerned, but we do ask for training. What we try to do is steer away from sales talk.”

“We want our meetings to be proactive, continuing education, as well as an avenue for the vendors to present products and discuss how their programs can save a hospital time and money,” Bain says.

But even with this level of success, BMETS still struggles with membership concerns, primarily the introduction of new, young members, as well as those eager to lead the association in the coming years. Both Bain and Leake are at the end of their respective terms and worry about the presence of new leadership.

“It’s difficult to recruit leadership,” Bain says. “I have a president’s message that goes into our newsletter, and sometimes, I’ll send out the letter midmonth via e-mail if I have a concern or question. I think that communication and handshaking with the leadership lets members know that we’re thinking about things. The other thing that we’ve tried to do is individually recruit people that we think would be good leaders.”

“This is my last year as an officer, and I want somebody young to get in here and help the organization move,” Leake says. “I’ve seen a lot of directions that I would like to see the organization go, but I don’t see the young people that are interested. We need more biomeds that are visionaries, people that can see the big picture and see how we fit in.”

In addition to its annual May Bash, the association meets once a month. It opens its September meeting to vendors that sponsored meetings the previous year.

“The format seems to work us, where we have a kickoff meeting in September,” says Robert W. Bain, MS, CBET, project coordinator, clinical engineering, Lifebridge Health, Baltimore, and president of BMETS. “The vendors that sponsor us from the previous year get a table for $200, and they can sit their product line in front of a meet and greet. We have a short business meeting, and then everyone can go back to the tables.”

The association has tried to counteract this trend by partnering with Howard Community College in Columbia, Md. One of Bain’s primary objectives when taking over as president of BMETS was establishing a scholarship program with the college.

“We’re trying to find a way to get new members because we’re all getting older,” Bain says. “One of the ideas that our leadership team came up with—and it was one of my signatures during my 5 years as president—was to promote the Howard Community College BMET program, which is the only program in the state of Maryland, by providing them with scholarship money. We’ve provided probably about $3,000 in the last 4 years, which has been given to the students through the school. The school awards that based on criteria that we’ve set together.”

Unfortunately, even this method has its complications. According to Leake, very few students in the Howard Community College program actually enter the biomed field. Instead, many are using the program as a springboard into computerized industries. And because of this demographic shift, the association’s scholarship fund has gone unused for several years.

“We’re finding out right now that even though they have a BMET program, only 10% of the program—about two to three people—actually go into BMET when they graduate,” Leake says. “We ask the BMET students that apply for the scholarship to write us a paper that says what they plan on doing in the biomed field when they graduate. It’s one or two pages, it’s not very long. But because we put that requirement on them, we haven’t had anyone apply for the scholarship in the last 2 years.”

Even in an association as active and flourishing as BMETS, this youth movement—or lack thereof—and availability of willing leaders concerns both Bain and Leake most as their terms come to a close. Still, the leadership team has taken the proper steps to ensure that the association will continue to thrive even after they’ve stepped down from their appointments.

“This is my last year as president,” Bain says. “I wanted to try and get people in the office and see that it’s not that difficult, so that we get people that want to lead. If you lead all the time, you’re not going to have any leaders. I think it’s important that we have people stepping forth that have new ideas. You don’t want to do it all yourself. You want to have people involved.” 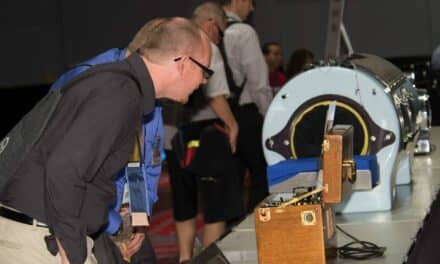 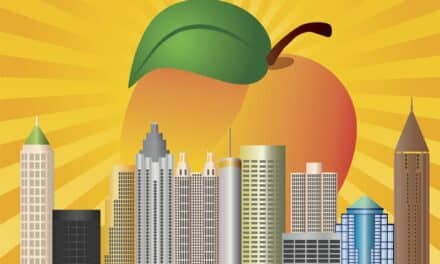