In an industry such as clinical engineering, where many local biomed associations rarely update their Web sites—if at all—the Georgia Biomedical Instrumentation Society (GBIS) stands out from the crowd by boasting two separate Web sites that are each updated regularly. One site functions as the association’s general business Web site, which offers news, information, and messages from the group’s leadership. The other site acts as a member services hub, which offers information about joining the group, as well as dates and updates for upcoming meetings.

While this may not, admittedly, be the best setup—the GBIS is currently undergoing Web site redesigns, which will ultimately combine the two sites—it points toward the forward-thinking nature of the association, which serves clinical/biomedical engineers from across the state of Georgia.

“It’s very difficult,” says Horace Hunter, GBIS executive director. “Because Georgia is such a wide and long state, we try to rotate our meetings and conferences. We try to move it around. With modern technology, we have several teleconferences every month. And, of course, we have e-mails.” 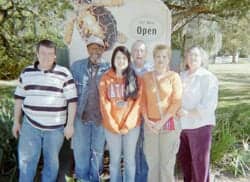 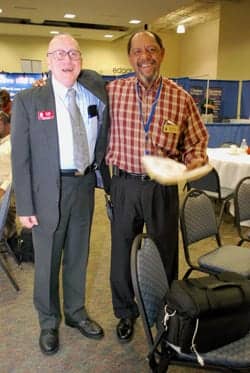 In addition to the Web resources, one of the major unifying functions of the GBIS is its annual technical conference. This year, the event will take place from August 17 through August 19 at the WellStar Development Center in Atlanta. The conference will feature educational, networking, and personal development opportunities, as well as a vendor fair, much like similar events across the country. GBIS looks to the event as a major membership drive and an opportunity for vendors and biomeds to advance their knowledge in the field of health care technology management.

“We are trying to increase our membership to support our mission of education and charity involvement,” Hunter says. “That’s one of the reasons that we’re redesigning the Web site. We want it to be more interesting for members to go to, and nonmembers to go to in order to become members. With our conferences, that’s basically when we have our membership drive. There are opportunities for those who aren’t members. They can pay the cost of the conference to get in, and they automatically become members.”

At the conference, a major focus this year will be on computer networking and IT development, which the association began focusing on last year. Because of the shifts in the biomed field—increasing amounts of networked medical devices that require specialized knowledge of a hospital’s IT infrastructure—the association has made it a point to offer educational opportunities regarding the changes.

“We’re going to have to include more networking and IT courses in our conferences. That will start this year,” says CPT Mike O’Rear, PhD, PE, 2nd Medical Company, Commanding, 132nd Medical Battalion, 76th Support Brigade, GSDF, Georgia Department of Defense. “We started a little bit last year, but we’ll expand it this year.”

O’Rear, a biomed professor at Chattahochee Technical College—several members of GBIS are professors at local technical colleges, making the association popular with students—fully understands the importance of networking in the current clinical engineering environment, so much so that he has made it a mandatory class for students in his program.

“My curriculum has changed this year to include networking as one of the core courses included for biomeds,” O’Rear says. “I had a student last fall. He had some computer experience, and on the second day of his internship, they hired him full time to be the bridge between the biomed and IT departments.”

Despite the association’s success with a younger audience, which is typically an elusive population for local biomed groups, the GBIS still faces many of the issues that similar associations encounter, including participation, growing a membership base, and connecting with a geographically disparate membership.

The association does promote widespread recognition of the profession through its support of a biomed week, a special week that honors BMETs, clinical engineers, and the industry as a whole. GBIS plans its activities around the date set by the Advancement of Medical Instrumentation (AAMI). This year, AAMI has scheduled the national Healthcare Technology Management Week for May 20 through 26. “GBIS supports biomed week by having a proclamation signed by the governor of Georgia,” says Christa Shiver, CET II, GBIS president. “We conduct workshops at various institutions and get members involved with career day events at the high schools.”

Still, according to Hunter, it is an effort, and he struggles with similar issues even in his daily job. Working in a hospital in a remote, rural region of Georgia, Hunter has difficulty finding any available biomeds to work at his facility. As such, he often has to “generate” biomeds from students and professionals from other fields.

“You have to make your own biomeds in this neck of the woods,” Hunter says. “What I’ve done is take people out of different industries. I’ve taken people with a computer sciences background and a networking background. Our technical college has a certificate program where you can have a certain amount of experience in a technical field and become a biomed. This has worked very well for several hospitals in our area.” 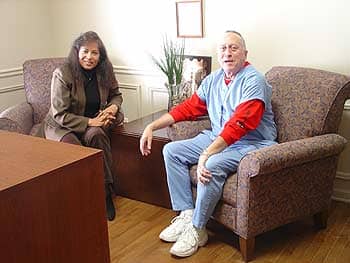 Because of these struggles, a logical question arose for the leadership of GBIS: Exactly how many biomeds are certified to work in the state of Georgia? When the group failed to find an accurate estimate, they began discussions about creating a statewide directory of biomeds.

“We’re also thinking about trying a registry,” Hunter says. “It would ask all biomeds in the state of Georgia to log in and register as a BMET. They don’t necessarily have to become a member [of GBIS], but at least they can be recognized as a BMET and receive a lot of complimentary news and e-mails.”

The planned registry will allow only qualified BMETs to join and act as a status symbol for biomeds, increasing their recognition within the hospital, which O’Rear lists as one of the profession’s biggest challenges. It will also act as a study group for the BMET test and other certifications. And while the leadership of the association hopes that this may eventually increase membership, that is not the ultimate goal of the initiative, which is planned for this year.

In addition to the registry and increasing the focus on networking, the GBIS also intends to raise money for scholarships for biomed students, both through the AAMI scholarship program, as well as through a dedicated GBIS program. According to the leadership of GBIS, these incoming students will be increasingly valuable, not only to the association but also the biomed field as a whole. By their estimation, the clinical engineer field is actually growing.

“It’s just going to get bigger,” O’Rear says. “I got an e-mail from Philips Medical Systems. They wanted to use my program as a feeder for a new field engineer program that they’re starting. They’ve hired some of my students as field service engineers and have had good success with them. They want to continue that. So the field is growing. There’s a lot of demand. We just need to do more to let people know what we can do for them.”

The SCBA Creates its Own Association