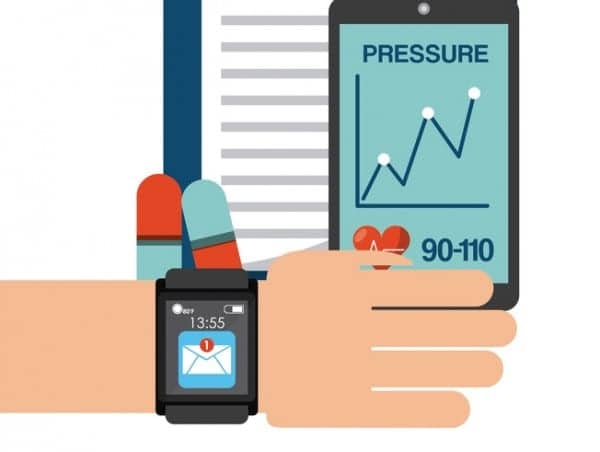 When compared, trends and correlations between certain attributes and success could be determined relatively easily. Our hope? Due to the findings of the study, medical device manufacturers will adapt new solutions, information, and statistics to become even more successful in their respective wearable technology markets.

Breaking Down the Study

Physiological wearables were the most prevalent category in this study. The most sought after functionality among these wearables was measuring electrocardiograms (ECGs). On the other hand, all but two wearables used wireless methods as the primary mode of transmission.

Moreover, there was a wide range when it came to the FDA approval status or the form factor of wearables. While wristbands and body patches were the most common form factors, others included shirts, armbands, and more. Because physiological wearables individually measure for different signals, a variety of form factors allow for the measurement of these varied signals. Finally, only about one in four of all devices had FDA approval. While this is still a significant portion, others were in the early stages or may not even require FDA approval for their respective products.

Sweat samples can indicate a variety of signals regarding one’s health, including cognitive, emotional, and physical traits. In the sample of wearables in this study, eight devices using sweat as the primary means of data collection were examined. All devices when placed on the patient’s skin effectively extracted sweat under active sweating conditions. Proximity to the body parts (as in ECG and other measurements) or direct attachment to skin (as in micro-needles with sweat sampling) meant skin patches and wristbands formed most of the form factors.

Because most products were patches or wristbands, wires would be impractical given their size; hence, all the devices featured wireless transmission. Very few devices were self-powered; only one of the eight examined claimed self-powering ability, likely due to cost and efficiency issues. Finally, roughly only one in 10 of the devices had FDA approval, a sign of the youth of the market.

In an ever-changing new climate, environmental sensors have more precedence than ever before. As pollution and global warming continues, it will be especially important to measure exactly how the changes in the environment affect individuals. Seven environmental-based wearables were included in the study—and most do just that. None had any type of self-powering capabilities, again due to the lack of availability of such effective powering technologies. As far as system and method of data extraction goes, a large variety including internal optical lasers. Arduino-powered sensors were also used.

Source of power also varied per device; while some used variants of standard rechargeable batteries, others used wired connections to power themselves. Based on the form factor and function of the devices, different sources of power had varying relevance. Because environmental sensors almost always do not need FDA clearance, approval lacked across the board.

Similarly, all but one used wireless data transmission. In the environmental field, many sensors connected directly to phone apps, making wireless transmission paramount. Finally, all items were either wearable in a pocket or could be clipped onto a body part. And, size-wise, they were also very small.

Moreover, another category, wound-healing, is a relatively new application for wearables. A total of 11 wound-healing companies were analyzed in our study; of those, eight used methods unique to their specific product. These included, but were not limited to, a negative pressure system, a hydrogel system, and more; this is due to most of the devices within the space specializing in different wound-healing capabilities. Area of placement differed for the same reason, primarily in three main categories: leg-worn monitors, wrist-worn monitors, and chest-worn monitors. Power sources among these devices varied, with one system being self-powered.

Despite these innovations, wound-healing is an older wearables market—with the stagnation in past years possibly causing an increase in self-powered solutions. And like other fields, FDA approval was, again, rare. Evidently, few similarities persisted throughout the field, except the dominance of wireless transmission methods within devices, which has been largely constant in most other fields.

Moving on, measurement of lactate found in sweat has existed for some time; however, a new market has emerged for wearables to do so. In the future, the same may apply for glucose measuring. Lactate-powered wearables had the least market saturation of any group of wearables examined, with only two devices studied. Similarities included form factor, power source, and a lack of FDA approval. Both products consisted of wearable arm/body patches, although one took the shape of a wrap while the other a tattoo.

Given the need for skin to measure lactate, body patches make a viable solution. Both were self-powered using lactic acid/lactate via sweat—an interesting finding relative to the other markets. This may be due to the bulk of other power sources, or due to the inherent entrance of sweat into the device. However, the market for lactate-sensing wearables is a new one: both devices were in developmental stages and were not FDA-approved. Where they differed was in their system of lactic acid/lactate extraction. So which methods are the most effective? Only time will tell.

Cortisol levels can measure one’s stress, blood sugar, and more. In this study, three cortisol sensing devices were surveyed, all of which were in research and development. There were no self-powered systems within the three, and all lacked FDA approval. Where they differed was with their form factor and system of measurement. Two out of three projects were wristbands; the other was a body patch. Regarding the system of measurement, one used room temperature ionic liquid to conserve the sweat in tandem with built in sweat reading sensors; another used a proprietary, internal indicator of cortisol levels; and, finally, the last used a sensor programmed to sense sodium and potassium only if cortisol is present.

Given the contemporary nature of the cortisol-sensing device sector, there were similarities among the devices studied in power source and FDA approval and differences in form factor and measurement. In time, however, we will be able to make more conclusions.

Measurement for thermal energy-harvesting typically used body heat, as is the nature of bodily thermal energy. There was slightly more deviation with motion energy measurement, as it was commonly done using conductive fluid, piezoelectric generators, and electrodynamic converters. Form factor was even more scattered, with chip, patch, fabric, brace, and sole products all present within the 11 examined. Both the variance in measurement types and form factor must be a direct result of the different areas of the body measured by the motion-harvesters.

Given the results of the study, it seems that the wearable technology market is thriving—so much so, in fact, that it is the future of personalized medicine. While certain markets like physiological wearables remain highly saturated, innovative wearable markets like “lactate-powered” and “cortisol-sensing” are slowly beginning to make headway. Most of these markets, both old and new, have started to take advantage of new technology like wireless transmission, and even self-powering abilities.

In each market examined, FDA approval was a rarity, despite the overwhelming majority of devices included in the study being U.S.-based. As more and more devices develop throughout the wearable technology market, it is only a matter of time before many start to obtain approval and hit the market in unprecedented numbers.

Finally, as more devices begin to incorporate these aspects—wireless transmission, self-powering abilities, and FDA approval—they will be able to replicate the success current companies with these traits have enjoyed. Evidently, as technology like this progresses and solutions continue to develop, the current presence of wearable technology in medicine is just the start. 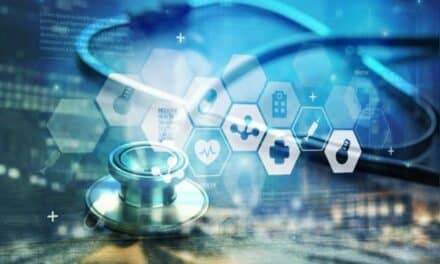 Healthcare Gets (Even) Techier