There have been many changes in the power-supply technology for x-ray systems over the past 15 years, and additional changes are coming. Unfortunately, since x-ray rooms seem to be in place for many years, you have to be able to understand all the various x-ray methods.

A simple x-ray unit, such as a dental unit, may work off of single-phase line voltage, 117 VAC, with a step-up transformer in which the tube acts as a rectifier. This single-pulse system is inefficient, and its x-ray quality is not great. Basically, it is a half-wave rectifier system in which the x-ray is produced only for the short time the half-wave reaches the critical voltage (65,000 V). It is a reasonably small and inexpensive unit with a fixed anode, and it rarely requires service. One thing to remember is that this unit is not well collimated and stray radiation is common in older units. Modern units are much better shielded, but some x-ray scatter is still present.

In some very old units, the power supply is a single-phase line with full wave rectification. The rectifiers are in the same “tank” as the transformer, either solid-state or tubes, along with capacitors to smooth the ripple of the full wave rectification. Most of these units have been replaced in modern health care facilities, but they may show up in a physician’s office. Repair parts are hard to find. They were called two-pulse systems.

The majority of medium- and high-power units installed up to the early 1990s have used 480-V, three-phase power supplies. These were also called 12-pulse systems. (Note that some three-phase units could be six-pulse, especially at lower voltages such as 75 kV.) When the three legs of the output side of the transformer are combined into DC, the ripple is so small that 95%of the voltage will produce an x-ray, versus less than 50% in a single-pulse system.

So, for a voltage of 150,000 used in angio suites, step-up transformers were needed. Because of line fluctuations and inefficiencies in transformer designs, a turns ratio of about I:350 would have to be used. The size and weight of these transformers require special floor braces and additional room. Several may be in the same area if more than one tube is to be used. There is also a heat consideration, as these units can get hot, especially if constant use is required. The units also need to be examined for leaks, dents, or bulges in the sidewall. All of these can indicate impending failure of the system.

Most modern x-ray systems use what is called high-frequency power supplies. The incoming frequency is pulsed, often using FETs, to approximately 6,500 Hz or higher, which allows for smaller transformers to get the voltage gain required. That voltage passes through diodes and a high voltage filter before going to the tube. The x-ray generated is very constant in intensity, allowing for lower doses to the patient. Most or all of the high-frequency power supplies are smaller, lighter, and less prone to failures and can be put in the console, which frees up floor space.

Portable x-ray units have a bank of batteries in them that not only supply the power to drive the units from place to place, but supply the power to generate the x-ray. This is done using a “chopper” circuit that pulses the DC voltage from the battery to a frequency that can easily be stepped up using a transformer to the voltage required to generate an output of x-ray. This is basically the same principle as the high-frequency power supplies as described above. In the majority of designs, these units will not generate an x-ray if they are plugged in. A major portion of the power is consumed by the drive mechanism that moves the unit from patient to patient. Some units were designed to have the batteries charge a capacitor, which acted as the high-voltage source. These units can be somewhat dangerous to work on if you do not short out the capacitor after disconnecting it.

The care of batteries used in portable generators is very important and should be part of the scheduled preventive maintenance (PM) program. It is best to follow the recommendations of the provider of the batteries, rather than what is in the equipment manufacturer’s manual, when it comes to batteries. The reason for this is that many of the equipment manuals were written years ago and battery technology has changed. There has been a lot of discussion on battery care and whether or not it is safe to replace one or two batteries in the system, or if all should be replaced at the same time. Again, it is best to follow the recommendation of the battery supplier. When not in use, the unit should be connected to AC to keep the batteries charged.

Part of your PM program should include checking the charger circuit, as it is a common failure point. If the output is too low, the batteries never fully charge; if it is too high, the batteries can be damaged, causing a premature battery failure.

The portable C-Arm needs to be plugged into the AC to generate x-rays. These units use the high-frequency power-supply system. Many do not have batteries, even for drive wheels, which can make them difficult to move from point to point.

Other power supplies in a radiology room also impact patient care. They range from table-movement systems to displays and interlocks. They all have to be working for the room to be functional. Strange as it may seem to those who do not work much on radiology systems, but broken wires are a very common problem. Use your troubleshooting skills to isolate which power supply is causing the problem, then check the wiring to and from thatpower supply before troubleshooting the power supply itself.

It is important to have the manuals available before starting any repairs on the high-voltage systems. You should follow the required “lock-out/tag-out” procedure that is in use at the location for your own protection and that of your staff.

A special thanks to an old friend and paper airplane expert Roy R. Roediger for his help on the radiology articles.

3) When working on an x-ray system, lock-out/ tag-out:
a) is only for sissies
b) is not used
c) should be used at all times
d) is not needed if two people are present 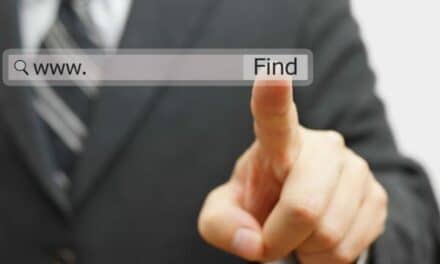 How the Internet Is Changing Diagnosis