Ingenuity abounds in the biomed profession. Faced with budget cuts and diminished staff, biomeds all over are proving that they are can-do individuals. We look at some "gadgets" that these enterprising folks have created.

Sitting at his bench in the clinical engineering department of the University of Massachusetts (UMass) Memorial Medical Center in Worcester, Mass, Bill Walker was frustrated. In front of him sat a PC board he had to fix and he didn’t have a schematic. Worse, the leads to his ohmmeter were getting tangled and his hands were tired from switching the polarity of the test leads. Well, he didn’t let that stop him. He made a small box that contained a mercury battery and a DPDT relay controlled by a foot switch. He installed the box between the leads and the meter and placed the leads on a semiconductor, and the “octopus” was born. Now he could reverse polarity by stepping on the foot switch and also keep his leads from tangling.

Walker also tells about a power test adapter for a PB 7200 ventilator conceived and built by Bob Paladine, a 20-year veteran at UMass. The device, which aids in checking the hard-to-get-at power-supply voltages, is fashioned from a discarded flow-sensor cable and plugs into an existing connector on the motherboard, greatly speeding up a common task.

Ingenuity like this abounds in the biomed profession. Faced with budget cuts and diminished staff, biomeds all over are proving that they are can-do individuals.

Bill Snyder, CBET, a biomed at Woodland Healthcare, Woodland, Calif, tells us about a gadget designed by Bill Manson, the imaging tech at Woodland. “Bill is always looking for ways to do things in a cost-effective manner and does a great job,” Snyder says. “[In this case] he designed a device to test electrical leakage from diagnostic ultrasound probes. He purchased an inexpensive plastic storage container, made a small hole about one third of the way up from the bottom, and RTV’d [RTV is a silicon sealant] a screw—held in place by a couple of washers and nuts—in the side.

“To use the tool [we] simply fill the container with saline, immerse the ultrasound head in the fluid, attach the EST probe to the screw, and take the reading. Allowable leakage is 80% of the machine leakage.”

Billy Teninty of International Aid says that because of the nature of his program, he is very interested in devices that biomeds have designed. He tells us: “[We are] a health-focused NGO (nongovernmental organization) in Spring Lake, Mich. Since 1998 I’ve been conducting training programs in biomedical equipment technology in developing countries. The hospitals sending students to our program cannot afford expensive test equipment. Therefore, we teach them how to make a few inexpensive test devices. The first device we made was the ESU tester in Frank Biloon’s text Medical Equipment Service Manual. We have a simple pulse generator for cardiac monitors and ECGs. The simplest device is for testing filament power on x-ray machines.” [You can read about the work of International Aid in the July 2004 issue of 24×7]

Frank Magnarelli, director of the clinical engineering department at Miami Children’s Hospital, says that the most rewarding part of his profession is helping people with their research projects. “We are a conventional department,” he says, “but because we work cheap, have lots of old spare parts, and good imaginations, people come to us to help solve their problems. It’s great fun.”

“For instance,” Magnarelli says, “we developed an inexpensive high-frequency ventilator ($750) for use in research on rabbits. Conventional high-frequency ventilators cost more than $30,000. Ours uses a boom-box loudspeaker, a 100-watt public-address amplifier, and a function generator. We designed it for a researcher who was working with a very limited budget. Now, it is used routinely for research.

This high-frequency ventilator was designed by Florida biomeds.

“Other projects include an inexpensive audio system for use in MRI studies, an inexpensive chamber for infant metabolic studies, and a synchronized cardiac counterpulsation device designed to test the potential for increasing capillary flow during bypass surgery. The counterpulsator uses circuits from an old balloon pump and valves from vending machines. Its total cost was less than $250.”

From a retired army biomed comes a probe substitution box for calibrating IVAC thermometers. Robert Dondelinger, CBET-E, MS, says he “invented” the box in 1985 as a replacement for the oil bath recommended by the manufacturer.

“We talked to the factory guys, and they sent a schematic. The box had a short cord and plug that replaced the probe, and it had a rotary switch connected to a bank of precision (+/-0.5% tolerance) resistors. The switch positions were calibrated in degrees Fahrenheit. Changing the ‘probe’ switch’s setting changed the resistance of the probe, making the thermometer think it was ‘seeing’ a particular temperature. It was very handy for two-point calibrations as well as for quick checks to see if the probe was bad. This was before IVAC came out with their little ‘check chip’: two resistors wired in a single-temperature configuration and molded around the temperature probe’s plug,” he says.

While in the Army, Dondelinger had the installation’s machine shop fabricate special tools—even machined repair parts—at no cost to the biomed shop. There were great money savings over the cost of buying a special tool from the medical equipment manufacturer.

“Most times,” he remembers, “they’d need just a good drawing, even just drawn on the back of a napkin—stapled to the work request—to give us what we needed. If it was machined stainless steel, brass, or another common metal, they could make it cheaper (and we’d have it in our hands quicker) than ordering it from the OEM.”

Paul Kelley, CBET at Washington Hospital in Fremont, Calif, remembers a time when cardiac output computer testers were not commercially available, and he made his own. “I used several precision resistors, an old 555 timer, a momentary switch, a relay, and a connector. I would dial in the correct cardiac output constant on the device under test and push the button. The timer would hold the relay closed, putting the proper resistance into the circuit for a repeatable time, producing a consistent number. I had another connector with precision resistors to simulate the injectant temperature. All things [considered], it worked really well.”

Inventions created by biomeds can not only save a facility money, they can also reduce health risks. Enter Dave Houge’s device. Houge, a CBET in the IS/clinical engineering department at Gundersen Lutheran Medical Center in LaCrosse, Wis, explained to us that cryosurgery units that use nitrous oxide as a freezing agent must not be allowed to dump the exhausted gas where staff members could be exposed to high concentrations. Exposure to N2O causes decreases in mental performance, audiovisual ability, and manual dexterity. Studies have shown that adverse reproductive effects may also result from chronic exposure.

“If the device is used in an area without access to the outdoors or a nonrecirculating air exhaust,” Houge says, “there may be surgical vacuum available; but the cryosurgery devices exhaust at extremely high flows, and direct connection to vacuum systems will not handle the volume.

“I have used an old scavenger, with minor modifications, from an anesthesia machine, changed the reservoir bags to contain the large volumes, and then connected it to the vacuum system. This takes care of the problem. The bags contain the big rush of flow, and the vac system takes it away at a reasonable rate.”

Individuals as inventive as those we talked to can be found in every health facility, improvising and improving equipment. This is just one of the many ways they are proving their worth to their employers day after day—and maybe having a little fun, too.

Part 2 of this series will appear in an upcoming issue. 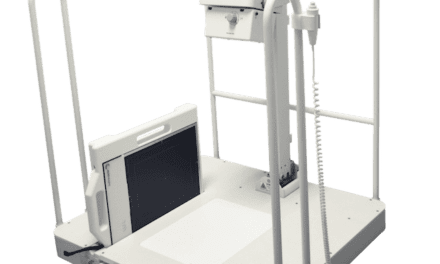 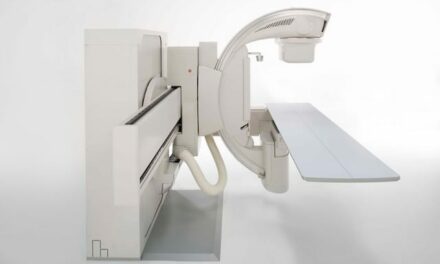