24×7 played the numbers recently — the Pulse Check numbers, that is, with readers responding to the magazine’s annual request for compensation information. This latest round appears to continue a trend noted two Pulse Check surveys ago: Starting salaries for new recruits are not only eclipsing the paychecks of those who have been in the field for a half-dozen years, but they are closing in on the salaries of BMETs with 10 or more years’ experience.

2002 salaries for men and women in healthcare technology and support didn’t differ much from those in 2001. However, the shortage of people entering the field appears to continue a trend noted two Pulse Check surveys ago: Starting salaries for new recruits are not only eclipsing the paychecks of those who have been in the field for a half-dozen years, but they are closing in on the salaries of BMETs with 10 or more years’ experience.

The Players
Approximately two-thirds of the 177 viable responses to the 2002 Pulse Check compensation survey — 118 or 67 percent — came from hospital-employed biomeds. The remaining 59 respondents were divided among four categories, with 33 identifying their employers as independents, 19 as manufacturers, one as depot services and six as “other.”

While 24×7 calculated salary averages in three classes of employers — hospital, ISO and manufacturer — so few responses in the remaining two employer categories did not permit calculations of any substance. However, the 2002 Pulse Check, like Pulse check surveys in previous years, includes averages across specialties and by years of experience.

Regional average salaries are noted on the map on p. 26.

A few respondents addressed the issue of the shrinking compensation gap between newer and more experienced technicians that clearly shows up in the Pulse Check averages.

One of those comments is from a relatively new technician himself. He has one to three years’ experience, working for a West South Central-based ISO, drawing a salary in the $30,000-$35,000 range with on-call, overtime and bonus included.

“Wage of entry-level techs increase while Tech 2 and above stay at the same rate of increase,” he writes. “Gap between entry-level and existing techs is getting closer and closer.”

A biomedical specialist with four to five years’ experience in a South Atlantic-area hospital making $40,000-$45,000 a year with profit sharing, put it this way:

A biomedical technician on the other end of the experience scale had this comment. He has 25 years’ experience and earns $35,000-$40,000 with overtime and on-call pay from his employer, a hospital in the mid-Atlantic region.

“After 25 years of service the hospital has maxed me out and [I am] no longer able to get a raise. My experience in the field should allow me to keep up with the rising cost, but they put a cap on my salary.”

OT and OC
Exactly 116 respondents, or 66 percent, reported receiving overtime pay in the 2002 Pulse Check; 93 or 53 percent said they received remuneration for on-call services. Graphs illustrating those numbers are on p. 25 and p. 26.

Does that mean that biomeds logged more hours in 2002 than they did in past years? Our survey doesn’t tell us that, of course. But a BMET recruiter quoted in the October 2002 24×7 story, “Star Search: The Hunt for BMETs,” suggested that may be the case. The major imaging equipment vendors are trying to do the same or more with fewer hires, he said. And a few Pulse Check respondents touched on the issue.

“I have people working for them who say they never get to see their families because they’re working 18 hours a day,” Dick Berg, president and owner of Biomedical Register in San Diego, had said at the time. “In normal times, they’d be hiring, but now they’re trying to do this using existing people and just working them longer and harder.”

A hospital CBET with 16-plus years’ experience who commands a $70,000-$75,000 salary with overtime and on-call pay from his Pacific area-employer, notes that he is the “only tech shared between two facilities.”

One East North Central specialist who indicated his $60,000-$65,000 salary included no overtime or on-call pay, minced no words on the subject. He has 11 to 15 years’ experience and works for a manufacturer.

“I am in a salary position. The present company abuses the employee by requiring a work week in excess of 50 hours per week!”

Every employer category had respondents who identified themselves as managers, with the majority of titled managers — 22 or 18 percent — showing up in the biomedical specialty. But “manager” often means different things in different situations and appears to hold no sway in remuneration levels reported — a sore spot, by some accounts.

A CBET working in the East North Central area who has more than 16 years’ experience under his belt, says he is a “site manager” with duties that include “repairs and PMs.” For that he is paid $55,000-$60,000 a year.

Another East North Central-based CBET, this time with six to 10 years’ experience, a technology management specialty and a yearly salary in the $35,000-$40,000 range, notes that his “title is technician,” yet he “performs all management functions.”

“I’ve been a biomed for 25 years (with current employer) and have supervised for 12 years,” writes a West North Central manager who has more than 30 years’ experience and earns $40,000-$45,000 a year. “I receive no additional compensation over a 15-year biomed for supervising.”

Additional comments
Few respondents took advantage of the space allowed for additional comments, but those who did could be divided into two camps: Those who offered a brief clarification of an employee benefit or some aspect of their particular situation, and those whose remarks seemed to take aim at the profession in general.

One biomed manager in the South Atlantic area with 16-plus years experience, earning between $50,000-$55,000 in his first year with his employer, classifies his benefits as “very poor” — and indicates he has only health and dental insurance. A biomedical technician in the mid-Atlantic with six to 10 years’ experience and a $35,000-$40,000 salary, on the other hand, says that in addition to on-call, overtime, education reimbursement, health insurance, life insurance, retirement and “other” benefits, his hospital employer offers him a “flex spending account for medical expenses and dependent care. Employee contributes money to a fund, pretaxed, to be used for stated purposes,” he writes.

A hospital CBET in the West North Central region with 11 to 15 years’ experience and a salary in the $45,000-$50,000 range informs that he pays “one-third of the cost of my health and dental insurance, and education reimbursement is limited.” A female engineer with 11 to 15 years of experience in radiology, working for a manufacturer and making $55,000-$60,000, meanwhile, says she “would really like an educational reimbursement benefit” added to her compensation package.

One New England biomedical technician with more than 16-plus years in the field who lists his salary in the $40,000-$45,000 range, paints a bleak picture of the profession with his comments. At the same time, however, he mentions that a recent union-organizing effort has been positive for biomeds.

Employer “is off-loading 2 percent per year of their share of insurance cost on to employees. Plus deductible is up to $6,000 per family. Where in the past we were covered for most health bills 100 percent, now we pay 10 percent plus a co-pay. And the rates for health insurance still went way, way up.

“All the fringe bennies like food/drinks at meetings or in break rooms are mostly gone. Department education budget cut in half to $5,000. And this is a teaching high-tech hospital,” he continues. “The hospital has told us if we are not primary care givers, i.e., nurses, docs, clinical therapy persons, that we are looked at as a possible area of cost cutting, right sizing or the new term, ‘right balancing.’

“The healthcare business has changed a lot because of pressures of cost, government action or lack of, future uncertainties,” he concludes. “These defensive pressures have had a direct effect on us biomed people.”

A South Atlantic biomed fairly new to the field, but one who says he came to the profession with more than 20 years’ experience in electronics, notes that his $35,000-$40,000 annual salary with overtime for his hospital laboratory specialty, makes him “underpaid for the value I bring to biomed but love the work.”

Another South Atlantic respondent, this one with 11 to 15 years’ experience in technology management making $50,000-$55,000, including overtime and on-call pay, cuts to the heart of the matter with this observation: “In order to stay, you must still be allowed to care about what you do,” he said.

One East South Central ISO technician, obviously a man of few words, echoed that sentiment. He checked off 16-plus years of experience and a salary range of $30,000-$35,000.

“Quality of life over income.”

Methods
Throughout 2002, readers were invited to fill out Pulse Check forms that ran in the magazine or to respond via e-mail using out our Web site, www.24x7mag.com. Analysis was limited to states and territories (thanks, anyway, to the two Canadian entries), and incomplete entries were discarded. The deadline for responses, originally set at Oct. 31, 2002, was extended to Nov. 25, 2002, to encourage additional, complete responses. Entries received after that date were disqualified. Ultimately, the number of usable responses stood at 177.

Pundits can argue whether 177 responses represent enough of the industry to predict trends, but that argument can be made for any poll or survey, no matter what the sample size. That having been said, the results of any survey are only as telling as the data received. This method does not purport to replace the procedures used by human resource consultants when they conduct a regional compensation survey for use in salary negotiations. And 24×7 reiterates what it has said in past Pulse Check pieces: “There is no substitute for honest negotiation.” 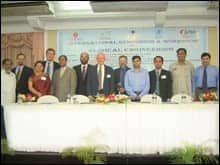 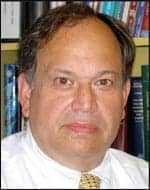