Day in the Life: Biomed in Ethiopia

One day earlier this year Michael Link, CBET, was offering a donation of used medical equipment to the American Medical Resources Foundation; in May he was in a classroom in Africa, teaching the principles of cardiology to 20 native BMETS. While Link left behind equipment and knowledge that will help save lives, he came away with a heartwarming appreciation for the people and customs of Ethiopia.

One day earlier this year Michael Link, CBET, was offering a donation of used medical equipment to the American Medical Resources Foundation; in May he was in a classroom in Africa, teaching the principles of cardiology to 20 native biomedical equipment technicians.

To hear Link tell it, the May 18-31 trip was an enriching experience — on several levels. Despite the obvious differences in time, culture and healthcare practices, in two weeks he not only managed to teach anatomy and physiology of the heart, ECG interpretation, defibrillators, and ECG and fetal monitors, he also came away with a real appreciation for the people and customs of Addis Ababa, the capital city of Ethiopia.

Above, Michael Link bids farewell to student Negussie (King) Sisaye (Luck), whom the class took to calling "King of Luck." The people he met were customarily warm and welcoming, Michael said. At right, An inside look at an EKG machine from the ‘50s, with tubes.

Both Link, clinical equipment manager, Aramark Clinical Technology Services, Milford (Mass.) Regional Hospital, and his wife, Christine, had been supportive of overseas missions groups prior to traveling to Ethiopia, so they prepared for the trip with a mix of enthusiasm and measured expectations. The photos that follow offer a first-hand glimpse at their adventures, in more vivid detail than words enable. Yet information and reaction from Link serves to help the story along.

Azeb Yigezu, one of two women in the class of 20, repairs a multifunction monitor.

The differences in the Ethiopia calendar and clock time were apparent immediately, making the logistics of holding class and meetings a little tricky for Link: The country’s calendar runs seven years behind that of the United States and a year consists of 13 months. The time is seven hours earlier, but then the local interpretation of time requires another six-hour adjustment, he relates. “They say when you go to Ethiopia you have 13 months of sunshine, and you’re seven years younger,” he quips.

Link conducted class from 8 a.m. to 5 p.m., with half-hour tea breaks in the morning and the afternoon, and an hour-and-a-half lunch. Friday classes ended early, in observance of local festivals.

The 20 student-technicians spoke English in addition to the local language, Amaharic. All understood that they were participating in a “train-the-trainer” program that would enable them, in turn, to train other biomeds.

How did the experience differ from what Link had expected?

“I expected electricity,” he recalls with a laugh. Link learned the first day of class that electricity would be out for two days each week due to power shortages. “Entire classes of the course excluded the equipment capabilities of the nation,” he wrote in his report.

“But the biggest thing that was different was actually going into the hospitals and seeing what they’re doing,” he recounts. “I was trained on hemodynamics and all sorts of internal pressures, and it’s just not used. The docs made a point to me: If they find a problem, what can they do about it? First of all, you’re going to use an expensive consumable, a single-use device, and if you find a problem, then were do you go?”

To train the students on defibrillator troubleshooting and maintenance, Link borrowed the one and only defibrillator belonging to a 500-bed hospital in the area. When the technicians in class tested the unit, they discovered a fault that had gone undetected by the hospital’s nursing staff: The defibrillator remained set to the U.S. frequency for power ever since arriving from the United States as a donation; as a result, there was constant, needless interference on monitoring heart rates. The students reprogrammed the common mode rejection to the proper frequency and returned the unit to the hospital in better condition than it had been received.

Link carried a few pieces of equipment with him to Ethiopia, but the bulk of equipment shipped came through AMRF (Kingston, R.I.). Aramark donated 20 Leatherman multitools with pliers and screwdrivers, which Link said was the equivalent of a new toolbox to most hospitals. Nursing personnel from Milford Hospital helped out with training and other materials.

“The reality of it is we were able to fix equipment over there that will be saving lives,” Link said. “We can take that for granted over here. Somebody is going to be upset if something isn’t working, but there’s another backup. Over there, it is the machine.” 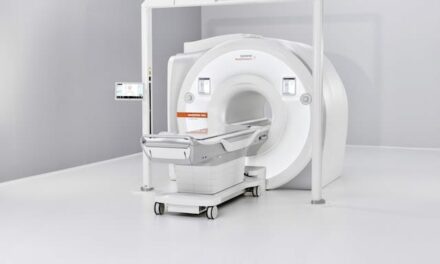