Using their self-developed Reduced Effective Dose Using Computed Tomography In Orthopaedic Injury (“REDUCTION”) protocol, the clinical team was able to achieve 98% sensitivity and 89% specificity with the ultra-low dose CT scans. In other words, if a person had a joint fracture, the ultra-low-dose CT scan would detect it 98% of the time, while a negative finding was determined 89% of the time.

“The ability to perform ultra-low-dose radiation CT scans without compromising image quality demonstrates the comprehensive capabilities of this protocol,” says Kenneth Egol, MD, professor of orthopedic surgery and chief of Langone Medical Center’s orthopedic trauma surgery division. “Patients who undergo a traumatic injury or suspected fracture have enough to worry about. Our research makes radiation exposure among the least of their concerns.”

Concern about the amount of radiation emitted from CT scans first attracted national attention in 2009 when the National Cancer Institute published a report estimating that 29,000 cancers would arise from the 72 million CT scans performed on Americans in 2007 alone. Of those cases, 15,000 were projected to be deadly. As a result of public outcry, the FDA launched a campaign to lower what they deemed “unnecessary” radiation exposure from CT scans—a goal in line with Langone Medical Center’s research. 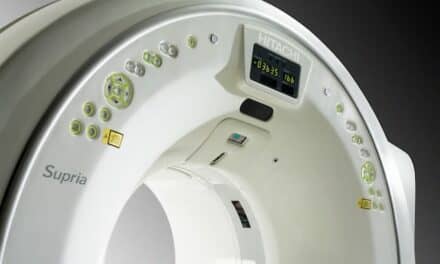