Data migration involves the transfer of historical exams from a previously used PACS into a newly acquired PACS. The Delta Medical Center in Memphis, Tenn, and Imaging Center of London in London, Ky, will be making this switch, which will be performed by in-house staff at DR Systems.

The largest of the new contracts totals more than $1 million; the smallest, $225,000.  According to the company, this range reflects the scalable nature of its RIS/PACS. 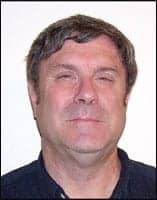