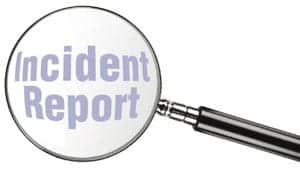 An adult male presents himself to an emergency department, where the hospital team eventually places him on an ECG monitor. During the course of his care, the monitor alarmed and a nurse responded. Performing a typical routine, she pushed the alarm’s “suspend” button, completed a few other tasks, and went back to her workday. When she returned 30 minutes later to check in, the patient was dead. No alarms had sounded.

The nurse had reasonably assumed that the patient’s particular ECG monitor had been configured as every other such device in the unit, with the alarm suspension to end after 2 minutes. The configuration, however, had been changed—to an indefinite alarm suspension. The only visual indication of the change lay in the upper corner of the ECG monitor, where the image of a bell was depicted followed by the phrase “alarms suspended.” If configured as the others, the picture of the bell would be trailed by “alarms suspnd-2min.”

The difference is unlikely to be noticed by busy nurses who have been told (and come to expect) that the alarms are standardized; indeed, it is more likely they will not even look at the alarm function display. “They would have to notice that the bell is still visible but the words near it had changed from ‘alarms suspnd–2min’ to simply ‘alarms suspended,’ ” says Bruce Hyndman, MS, PE, president of BHH Consultants Inc, Carmel, Calif. “This is a rather modest change in an alarm indicator located at the edge of the screen and might easily go unnoticed.”

Unfortunately, in this case, such a seemingly small error resulted in the worst possible consequence. Much more fortunate is that most device incidents do not typically result in fatality. “Occurrences that are identified as ‘incidents’ are often those defined as ‘reportable’ by the Safe Medical Devices Act of 1990 (SMDA), involving death, serious illness, or serious injury. These appear to occur infrequently,” Hyndman says. Much more frequent, according to Hyndman, are incidents that result in a determination of “no trouble found” by the biomedical staff in response to complaints of faulty equipment. “These latter cases need further investigation to find the real cause of the complaint,” Hyndman says. Taking the time to investigate can eliminate repeat incidences and can also identify new efficiencies in workflow, protocols, or cost.

Scott James, CBET, director of clinical engineering at McKay-Dee Hospital in Ogden, Utah, recalls an event related to a phototherapy device that resulted in significant savings. A biomed investigation of the instrument eventually found damage requiring a replacement lamp. “We also requested an investigational report,” James says. Processed through the FDA, the problem was considered significant enough to warrant review by the manufacturer and the FDA. McKay-Dee received a certificate regarding manufacturer action to improve the product and had all the light pipes on all of its units replaced by the manufacturer. “Equipment failure is rare, but it does happen,” James says. “When evaluating equipment repairs, two key areas can lead to device intervention: ‘no fault found,’ where testing of the device proved it to be working within the manufacturer’s specifications; and ‘operator error,’ where biomeds test the device, duplicate what the staff encountered, and have a teaching moment. The next phase is to step back and look at your stats, monthly and quarterly, looking for trends that may lead to manufacturer intervention.”

Trends are indicated by frequency that, when monitored, can reveal obvious and not-so-obvious associations. One of the more obvious may be that with greater connectivity comes greater potential for device issues. The complexity in integration can increase possible problems throughout an entire protocol. “Certainly, the quantity of and type of equipment—like an infusion pump, for example, that years ago was just a stand-alone piece of equipment and is now running wirelessly on the network with IT implications, sending data to patient charting systems, and impacting staff interactions, training, and problem solving—is now at a peak,” James says.

Those devices most likely to be involved in an incident have an active therapy function. “This is not limited to electrical energy, but also includes vacuum, heat, and IV therapy,” says Ray Ongirski, director of system clinical engineering, system logistics for the Alexian Brothers Hospital Network, operating around Chicago.

According to Ongirski, active therapy devices have failures more frequently than other instrument categories. With physiological monitoring equipment, the problem is usually not related to equipment failure, but “rather how the equipment was set for use or monitoring of alarms,” Ongirski says. This was the case in the ECG monitor incident mentioned at the beginning of this article.

“Patient incident frequencies can vary with the application of the equipment and how the hospital reports these occurrences,” Ongirski says. “One of the main goals of any clinical engineering program is working hand in hand with risk management to ensure that an incident is reported and routed correctly.”

The challenge is for already busy clinical/biomedical engineers to find the time to complete an investigation past an initial determination of “no trouble found.”

“Biomeds have demanding schedules and often truncate an investigation once equipment or devices are determined not to have malfunctioned,” Hyndman says. “This should lead to the next question for the investigation: What part of the total system did cause the incident, and how can a similar occurrence be avoided in the future?”

This is where trending comes in, but before trending must come intelligent investigations and reporting.

Each health care organization has its own protocols to follow for device incidents, but there are some basics for all health care professionals, as well as for clinical/biomedical engineers. The first rule of thumb is that patient safety and care come first. “Ensure the patient is safe or treated as hospital protocol dictates,” Ongirski says.

Once the patient has been seen to, all suspected equipment must be sequestered in a secure area. “This will prevent unauthorized examination or adjustments,” Hyndman says. Another device should be utilized to finish the patient procedure.

Accessories and device packaging for disposable and reusable devices (even if one has to dig through the garbage, James says) should receive the same sequestering treatment, preferably still assembled as at the time of the event incident. “An example would be placing a fragile laser fiber optics accessory in a sturdy box or case,” Hyndman says. Items that have been exposed to bodily fluids should be placed in appropriate biohazard containers.

Nothing should be done to the devices. “No one should test, adjust, process, or repair the device or its accessories,” Hyndman says. “This action can prevent the investigator from acquiring essential information.” He suggests that even turning a device off can endanger its memory. Photos can help to document dial and control settings at the time of the event.

Item details, such as the model number and/or catalog number and settings, should be recorded (to ensure the proper devices are investigated), and everything documented—information from medical records, charts, and autopsy reports; interview transcripts; testing methods; and test results may all be part of the report of the investigation, according to Hyndman.

Label items with a special tag or form that clearly indicates the device was involved in an adverse event. This label should also specify that “absolutely no one shall clean, test, or otherwise touch the device without the risk manager’s approval,” Hyndman says. He also suggests that, when appropriate, the information should be provided in multiple languages that mirror the employee population.

A medical procedure involving a medical device has gone awry, and clinical engineering has been called to respond to the incident. Although protocols vary with institutional policy, there are some basic procedures to follow for all situations. Below you will find a quick guide to handling a device incident.

“One of the biggest challenges that I have experienced—and could potentially be a very large mistake—is when the equipment manufacturer has been called in and asks to remove accessories and/or equipment off-site for evaluation at their facilities,” Ongirski says. “At no time should any device or accessories be allowed to leave the hospital without approval from risk management and the hospital administration’s approval.” He likens the situation to that of a criminal detective, saying, “You are allowing evidence to be removed from the scene.”

Following security procedures, most often, the risk manager—the typical point person when dealing with patient incidents—will determine the next steps. These include organization-specific protocols in place for notification of the risk manager by the providers involved and/or the biomed called to the scene. “The staff member should then follow hospital protocol for notifying the department manager and the risk manager of the incident,” Ongirski says.

The risk manager will likely consult with the clinical engineering manager on a plan for evaluation of the devices and equipment in question. “In the end, it should be ultimately up to the risk manager to decide the final disposition and plan of action. This plan is often influenced by the severity of the incident,” Ongirski says.

A minor injury may only require the clinical engineering department to verify the fault, if any, manage the repairs, and return the unit to service after clearance by the risk manager. “A major incident involving bodily harm and/or death could require that the equipment remain secure until a nonbiased third party has been called in to do a failure analysis,” Ongirski says.

Once the incident has occurred (and upon resolution), it will need to be reported, also according to in-house protocol and outside regulations. The SMDA requires health care facilities to report serious medical device problems (those defined as resulting in serious injury, illness, or death) to the FDA’s Center for Devices and Radiological Health (CDRH) and/or manufacturers. Some clinical engineering departments rely on a service or software to assist with this responsibility.

The FDA Medical Product Safety Network (MedSun) was launched in 2002 to track reports from a network of 350 health care organizations, including hospitals, nursing homes, and other types. Data on device incidents in these institutions is submitted in an automated fashion through a secure, Internet-based data entry system. In addition to the reports required through regulation, MedSun encourages its network institutions to submit voluntary reports about potentially harmful issues as well.

The data from both types of events is then available for analysis, research, and trending. It has been so useful that the organization reports 98% of respondents to a survey of MedSun representatives in 2009 felt participation had positively impacted their facility’s patient safety and the same portion would recommend the service to others.

James, one of these enthusiastic participants, cites partnership and productivity as key to a successful effort. He submits roughly 36 reports per year. However, he credits the assistance of frontline clinicians and employees with being able to meet the commitment to patient safety. “I simply gather the data and process and submit the reports. It all starts at the point of care,” James says.

It is at the point of care that device incident reporting and management is intended to have its greatest effect. The ultimate goal is to help prevent future such incidents and to provide patients both quality and security throughout the entire health care experience. A bad workman will blame his tools, but a good one will investigate and improve the process. Good clinical engineering departments do the same to achieve that ultimate goal.

Medical-Device Security and IT

Stoking the Fire of Success 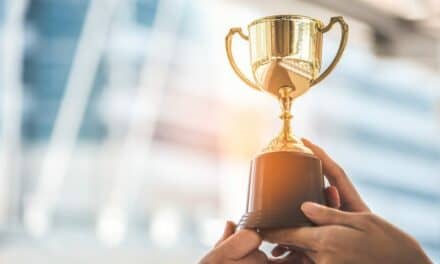