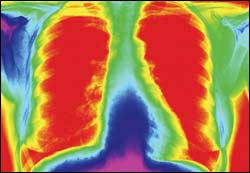 The movement of gases into and out of the lungs is the key to life. A simple and complex process, respiration involves both conscious and automatic efforts. The brain sends impulses down the phrenic nerve to the diaphragm, causing it to contract, which starts normal respiration. We can consciously take a deep breath, exhale deeply, or hold our breath, but at some point the automatic system will take over in healthy people and we breathe normally.

Breathing normally is not always possible, and over the years many devices have been developed to help a patient breathe on their own or for them. Also developed were various methods of channeling air to the lungs and not to the stomach. Most of these have limitations as to how long they can stay in place and what they allow the patient to do, such as eat, talk, drink, etc. In most cases, these are short-term, but a tracheostomy is often not reversed, leaving the patient with problems speaking and a little more prone to respiratory infections for the rest of his or her life.

The term “establish an airway” is often heard in medical programs on television but not too often in real-life situations, because that is the second thing a medical person will do when an injured patient is found. The first is to check for a pulse. In most cases, a device called a laryngoscope is used to view the larynx and the vocal cords, and then to guide the endotracheal tube into the trachea. The health care provider has to select both the proper size laryngoscope and endotracheal tube for the patient. Once the tube is in place, the balloon is inflated to prevent fluids or solids from getting to the lungs. Generally, endo tubes will only stay in place for up to 3 days and they can cause erosion of the trachea. The patient should not have food or water for several hours after extrabation and removal of the tube, as their gag reflex might not be present, which could allow the solids or liquids into the lungs.

Many first aid kits for first responders have a simple device called an airway. This plastic device is inserted over the tongue. It has a curved shape and it pulls the tongue forward, keeping the back of the mouth clear and allowing air to pass easily. This is a short-term airway, and it can be used both with a manual ventilator (Ambu bag) or a mechanical ventilator.

Both the endo tube and the airway allow the health care worker to suction the lungs as needed.

For a long-term airway, the tracheostomy is commonly performed. This is a surgical opening in the trachea below the larynx and the vocal fold. A tube is inserted into the trachea, with a balloon on it to seal off and liquids or solids from the lungs. If the patient requires the ventilator for a long period of time, the tracheostomy cannot be reversed and the patient has a hole in their throat. The patient may also experience some problems with speaking, in the shower, with swimming and would have to insert a cigarette into the opening to smoke.

We are born with two lungs; the right lung has three lobes, while the left lung has two lobes. Both lungs are separated from the abdomen by the diaphragm, a muscle that is critical to respiration. The pleura, a two-layer membrane, and the rib cage protect the lungs. The lungs, in turn, protect the heart. Air enters the body via the nose or mouth and travels down past the open epiglottis to the trachea, where it splits into the right and left lungs and further divides into the respiratory bronchiolar unit. It reaches the alveolar sac (think of it as a cluster of grapes on stems) and finally the alveolus (think of it as a few grapes on a stem). Here, blood passes on one side of the membrane, giving off carbon dioxide, plus other gasses, and picks up oxygen for delivery to cells in the body. A healthy adult will breathe between 10 and 20 times per minute. The aspiratory to expiratory time is called the I/E ratio and it is normally 1 to 2, or 1 second of aspiratory to 2 seconds of expiratory time.

The amount of gas brought into the lungs with each breath is called the tidal volume, which for an adult is about 1 liter per breath. A percentage of gas remains in the lungs, and that is called residual volume. As the residual volume increases so do the carbon dioxide levels in the blood, which show up as a decreasing pulse oximetry number. Emphysema prevents the lungs from emptying properly, and not—as many people think—of impeding taking a breath. Other common lung disorders are pulmonary edema, fluid build up in the lungs; pleurisy, fluid build up around the lungs; pneumonia; and asthma. Plus, coal miners can have black lung, fabric workers may suffer from brown lung, and asbestos and other fine particles cause lung disorders. Tuberculosis is no longer too common, but seen too frequently is lung cancer.

A collapsed lung is a painful event; generally, a small hole opens in one of the lobes, causing the entire lung to partially deflate. A catheter is introduced through the pleura membrane, but not into the lung, and is connected to a low-level suction source. This allows the lung to reinflate and heal.

A multitude of testing methods for the lungs and lung capacity are in common use. The cheapest is the stethoscope, where the person listens for whistling or gurgling sounds along with smooth sounds of air movement. The pulse oximeter will provide an indication of the lungs’ efficiency, while the chest x-ray will show other problems such as holes, fluid buildups, or growths. A pulmonary function test is very involved and can take several hours to complete. It basically measures the tidal volume, aspiratory effort, expiratory effort, residual volume, gas exchange, and other parameters. While present in most hospitals, its use is decreasing.

Last point—take care of your lungs, and they will be good to you. Abuse them, and you will be one of the senior set walking around pulling an oxygen tank.

David Harrington, PhD, is a health care consultant, Medway, Mass, and is a member of 24×7’s editorial advisory board. For more information, contact .

You Maintain How Many Pieces of Equipment? 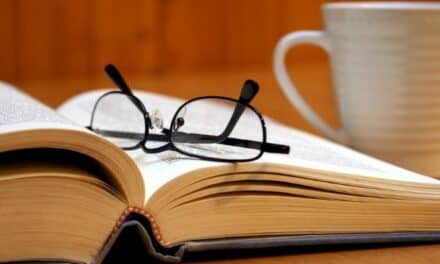 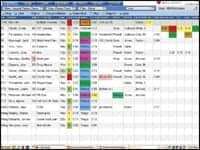