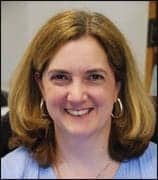 In July 2008, the FDA’s Center for Devices and Radiological Health (CDRH) quite literally entered the Matrix. It was then that the federal organization, responsible for regulating medical devices sold in the United States, went live with its new Matrix program—a radical, centerwide retooling of its internal communication procedures that is revolutionizing the way postmarket safety data concerning medical devices is trended and analyzed. At the same time, the FDA is viewing input from biomeds concerning device safety as more valuable than ever.

A complete collaborative effort, the Matrix program tosses the organization’s old “solve problems as they arise” system aside in favor of one promoting better documentation, comprehensive data trending, and better intraorganization communication practices. Leading this effort are newly created network leaders who each oversee a small slice of the center’s many different medical device regulatory areas. Nancy Pressly, the network leader for general surgery, OB/GYN, and physical medicine devices, describes the overhaul as nothing less than “a shift in culture and how the CDRH does business.”

The center has created three core principles that illustrate the program’s main goals: communication, organizational learning, and knowledge management. At the heart of the program is improved internal communication. “We want to increase the amount and the quality of the communication that goes on across the offices within the center so that everyone in the OB/GYN area, for example, is tied to everyone else,” Pressly says.

Center staff of all types and across all disciplines are now being trained to recognize a variety of premarket and postmarket safety signals affecting medical equipment, and to work closely with staff in other departments in an effort to nip potentially dangerous safety concerns in the bud. “We are trying to more systematically capture information that comes into the center,” Pressly says.

According to Pressly, the program’s strength lies in its ability to tap into each employee’s disparate knowledge. “Signals about devices can come from anywhere, and anyone can see them,” she says. “We want to make everyone in the center aware that they get information too. They might read something in a journal or notice something in an annual report or postmarket study.”

Once a staff member identifies a signal on a particular device, they can input the information into the center’s computerized tracking system, which will make it available to everyone who pulls up the product’s file from that point on. A specially constructed signal-escalation process then helps determine the priority of the issue and whether or not immediate action is required. Escalating a device issue sends it on to the proper channels for further examination; de-escalating an issue relegates it to a footnote in the device’s file.

While the Matrix program does not change staff members’ job responsibilities, it does seek to make them more responsible. “When signals are put into this tracking system they are tagged to a specific network so that network leaders see them and can make the connections that maybe weren’t being made before,” Pressly says.

These connections are paramount to the center’s core principle of organizational learning, the great culture shift that Pressly describes as getting everybody throughout the center thinking and working globally. “This gets into the whole total product life cycle idea that what we’re looking at is the question of how to take what we’re learning on the postmarket side and feed it back in to the premarket side to improve the next generation of products,” she says.

Shifting the center’s core ideologies isn’t only about preempting problems or improving premarket equipment, but naturally about solving them once they arise as well.

Staff initiated this effort after browsing through medical device adverse events submitted through the medical device reporting (MDR) program and recognizing that confusion might arise due to the way a manufacturer had labeled one of its coronary stents. Implantation of a drug-eluting stent—when the intention was to implant a bare-metal stent during coronary surgery—could result in serious postsurgery complications for patients. If the error is not caught, patients may receive the wrong follow-up treatment. CDRH staff wasted no time inputting a signal into the tracking software and contacting the FDA’s Office of Device Evaluation (ODE), who confirmed the safety concern and encouraged entering the signal into the escalation process. A network team meeting was called, and further collaboration with ODE and the Office of Compliance ensued. Within a month of the problem’s discovery, a comprehensive solution was reached and the manufacturer was already working to rename its bare-metal stent and relabel or recall its product under the previous name.

With so many critical safety concerns that could arise at any moment, problem solving must come as second nature for network leaders. Fortunately for Pressly, it does. Before the Matrix program’s conception, she worked for the center’s issues management staff, who were responsible for developing responses to known issues.

“That position gave me a fairly good background to become a network leader,” she says. “I was already used to working across the center and gathering together groups of people from various offices to solve problems.” Her retooled position as a network leader couples many of her former duties with a new emphasis on keeping an eye on the big picture, allowing her to assess and react to issues before they ever become problems.

“Now, I look at the product areas and see what’s bubbling up that we might need to act on in the future. When the big problems arise, it’s easier to find the right people to be involved because people are already connected to each other.”

Outside the center’s halls, other significant changes are taking place that are affecting the way the FDA processes medical safety data. Adverse event reports received from hospitals remain enormously important to the way the center prioritizes and processes safety concerns. As the center retools its processes from the inside, it is also looking for better ways to interact with the facilities actively using medical devices.

The CDRH works with both the standard MedWatch MDR system as well as the Medical Product Safety Network. Also known as MedSun, the system is an invitation-only reporting program that actively welcomes input from clinical/biomedical engineers.

“[MedSun hospitals] receive training on what adverse events are, what should be reported, how to ID problems with medical devices, and how to gather info that would then be meaningful to the FDA,” Pressly says. “From the agency’s perspective, the clinical engineers definitely have a role to play in reporting adverse events to the agency or to the manufacturer. A lot of times they have the knowledge of what went wrong from a device perspective. It really is a much more complete picture if both the clinical side and the engineering side are involved in reporting.”

Incidentally, getting hospitals to rethink the data they collect on medical devices ties in neatly to the Matrix program’s final core principle—knowledge management. “Every organization deals with tons of information,” Pressly says. “The question is how to make that information meaningful to the people that need it.”

According to Pressly, efficient internal communication throughout the CDRH will ultimately benefit hospitals and the industry as a whole. “I’m not sure how quickly it’s going to be obvious to the outside world,” she says. “But as we improve our internal processes I think it will make it easier for us to communicate better and more timely information out to the end users of the devices.” 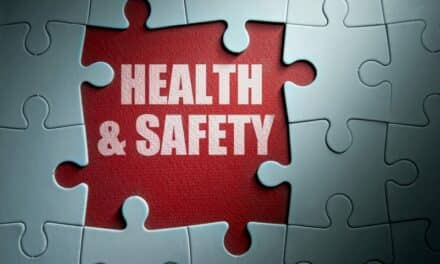