Most biomeds will agree that following the system set up by the US Food and Drug Administration (FDA) to report adverse events is not always a simple process. The FDA likes to think it has come up with a proactive solution to what it had considered “bare-minimum” reporting—Medical Product Surveillance Network (MedSun), a secure, online method to share medical-device problems in a blinded report. In fact, the MedSun pilot program could one day eliminate the current mandatory universal user-facility reporting entirely.

Launched in 2002 by the FDA’s Center for Devices and Radiological Health, the automated MedSun program is contracted out to Social & Scientific Systems Inc. The organization sends a contractor who can develop an ongoing relationship with the hospital. This person is equipped to teach participants how to report effectively, provide ongoing maintenance, review incoming device problem reports, and research device and biologic safety.

The primary goal of the program is to identify, understand, and share information about problems with the use of medical devices in hospitals, nursing homes, diagnostic facilities, treatment centers, home-health agencies, and emergency departments. Other goals include providing a virtual laboratory for research into understanding device problems and providing actionable feedback to health care professionals.

Since its inception, the number of participating health care institutions in MedSun has grown from 25 to 350. Before the FDA “grows” the system any further, it says it is committed to developing new tools and methods to improve the number and type of reports received from the current sample. For example, the program is now trying to increase the number of reports from hospital laboratories and operating rooms, and to target the safe use of devices in the pediatric population. It is also evaluating the types of institutions and which parts of the country need better representation in the sample, as well as which devices need increased monitoring.

“In addition to enhancing the detection of emerging device problems, one of the real strengths of MedSun is that it acts as a two-way communication channel between the FDA and the health care institutions,” says Marilyn Flack, director of patient safety staff and project officer for MedSun at the Center for Devices and Radiological Health.

At the heart of the MedSun philosophy is the idea that by having these representatives fully share what happened in a particular event, patient safety can be improved at not only their facility but also in other facilities, since others could be making similar errors.

What About Maude?
Many health care officials have a love-hate relationship with the current method of reporting device-related problems, notes Bruce Barkalow, PhD, PE, CCE, a biomedical/clinical engineering consultant. The online repository for data collected through the Medwatch Form 3500 (to report adverse events) and Medwatch Form 3500A (to report medical-device problems) is the Manufacturer and User Facility Device Experience Database, known as “Maude.”

As a consultant for device manufacturers, hospitals, and universities, and on legal cases involving medical-device failures, Barkalow suggests that a fully implemented system has the potential to greatly reduce device-related medical errors.

In fact, while the FDA works with its select group of MedSun-chosen hospitals and nursing homes nationwide, some are left to wonder about the status of the reports generated at the vast majority of non-MedSun facilities. In 2005, the FDA received approximately 180,000 reports of adverse events, including medical devices, from hospitals still using the traditional Form 3500/3500A.

However, the information that is reported is still considered very relevant, according to Sonia Swayze, the branch chief in the product evaluation branch in the Center for Devices and Radiological Health.

“We review the reports that we get—we have about 18 analysts responsible for reviewing adverse events involving medical devices. We look to see what the event was, what the malfunctions were, and whether there was a death or serious injury; and depending on the assessments, we then make the decision on how to proceed with the report,” Swayze says.

“The Maude system is a data collection/surveillance system that does not have a ‘feedback’ mechanism built into the process,” Flack says. “The FDA relies heavily on the Maude system as one tool to learn about problems with medical devices. Consumers, health professionals, medical-device manufacturers, and non-MedSun hospitals all report into the Maude system. MedSun was designed differently. Feedback to the reporting sites in MedSun is critical in order to maintain a collaborative, working relationship, where a more in-depth understanding of why problems with medical devices occur.”

Targeted Feedback
Though the FDA had an initial goal of connecting 500 hospitals—with an average cost of approximately $20,000 per hospital—the agency notes that its current sample is enough to make the program useful.

The FDA points out that the 350 hospitals are a representative sample of hospitals from across the country. The American Hospital Association sample frame is used to select large, medium, and small hospitals, as well as academic and nonacademic institutions. Since this is a representative sample, not a statistical sample, MedSun also accepts volunteers into the program.

“The system is a surveillance system, which is capturing a significant amount of data about problems with the clinical use of medical devices. We are receiving numerous signals from the system. The key to the success of MedSun is the relationship between the FDA and the participating sites, which permits timely follow-up to determine if a signal is actually a public health issue,” Flack says.

In fact, the FDA says that this year it will roll out approximately 40 hospitals, so new hospitals will be recruited to replace them. Its current goal is to stay at 350 sites and expand MedSun into those sites by targeting data collection from the hospital laboratories, electrophysiology laboratories, and pediatric intensive-care units.

Flack notes that the original target of 500 sites was selected before the department began collecting data. In fact, the 500 does not represent any significance, she says, adding that it was a number selected based on a projected number of reports the FDA thought the system might generate (that is, the number of reports the budget could sustain given the degree of follow-up required). In actuality, Flack says the MedSun program is receiving many more reports than expected and, therefore, is comfortable staying at 350 sites. In addition, rather than adding more sites, the program will try “targeting” particular parts of the hospitals.

Glenn Scales, CBET, patient-safety specialist in the clinical engineering department at MedSun-pilot hospital Duke University Health System, agrees that MedSun is working with an adequate sample size. “It depends on who the 350 facilities are and if you have the right kinds of institutions and they are adequately reporting,” he adds.

In an interesting twist, Scales says that not all of his reports to MedSun focus on medical-device errors. Rather, he also uses the system to communicate problematic patient-training issues that could potentially cause a near-miss event or death if others were not alerted.

“We had an issue with infusion devices when we switched from one model to the current, safer model about 9 months ago,” he says. “It was not a failure of the device, but rather a failure of the people to adapt to the new piece of technology. I reported this issue to MedSun because it’s valuable to share with the community and see all kinds of errors, near-misses, or training issues.”

In addition, Scales takes advantage of the many benefits available as part of the program, including an online forum that features a message board for MedSun subscribers. He says he reads it periodically to see what else is going on in the biomed community and notes that this is another feature of the MedSun “exclusive club” benefits. (For more information about the full range of benefits, please see the sidebar on this page.)

“However, the single most valuable tool is the MedSun monthly newsletter. It has articles about upcoming training, FDA recalls, and updates. The bulk of it is summaries of products reported through the program, which lists the device, manufacturer, problem, and other technical specifics reported within the last 30 days,” he says.

From that newsletter, Scales has sent notices to colleagues about events described in the summaries. As a result, many departments within Duke have incorporated hints and tips in staff orientations.

“I hope we’re a part of the program indefinitely, because it’s to our advantage to continue. I use it to keep clinicians and nurse managers informed, so it’s extremely useful for me,” Scales says. “I honestly feel that we are a safer institution for being part of MedSun.”

A “Blame-Free” Environment
Another facility getting the chance to participate in MedSun is the 411-bed Eastern Maine Medical Center in Bangor. In 1992, the hospital recorded 50 incident reports; by the year 2005, that number increased to 3,000 reports. In addition, the hospital’s internal risk-management department went from one person to four full-time staff to accommodate the new focus on first-rate communication.

Robyn Frick, CCE, serves as the clinical engineering manager and says, “MedSun is a big improvement over the Maude database; between 1990 and 2002, as far as I am concerned, the reports went in a black hole. In comparison, MedSun gives us analysis of what is going on, tons of communication, e-mails, and feedback questionnaires.”

In fact, a 2005 MedSun survey of the current 350 participating locations suggested that 97% of representatives would recommend participation in MedSun to other organizations.

In this idealized “blame-free” environment, all participants are encouraged to report the facts honestly and adequately. “The ‘blame and train’ method was the old way. But now, it’s definitely about admitting a problem, writing objectively, and then saying, ‘Let’s move on,’ for process improvement,” Frick says. “It seems like a 200% improvement in awareness and more timely information.”

MedSun—A Culture of Ongoing Education and Motivation
The MedSun program instituted the following tools, which are meant to serve as motivation and ongoing training in the program for all MedSun representatives:
• MedSun News: MedSun sends a monthly newsletter with anonymous event summaries, device recalls or warnings, and ongoing safety tips.
• MedSun Clinical Engineering Conference: This interactive conference is a platform for biomedical and clinical engineers to speak directly with FDA representatives.
• MedSun Participant Web Site: In February 2004, this Web site was created so that participants could access past issues of the newsletter, view transcripts and slide shows from past audio conferences, and search a medical-device-recalls database.
• FDA Patient Safety News: This televised series for health care personnel is carried on satellite broadcast networks aimed at hospitals and other medical facilities across the country.
• Collaboration with ECRI: This nonprofit health services research agency can offer tips on medical-product evaluations and technology assessments.
• MedSun Participant Conference: This annual 2-day conference includes speakers from FDA administration, MedSun facilities, risk-management and biomedical engineering societies, manufacturer groups, and other safety organizations.
• Device Safety Exchange: This is an online portal of best practices and resources. Members can swap success stories or warnings for cross-training or prevention. —ER

Elaine Rigoli is a contributing writer for 24×7. 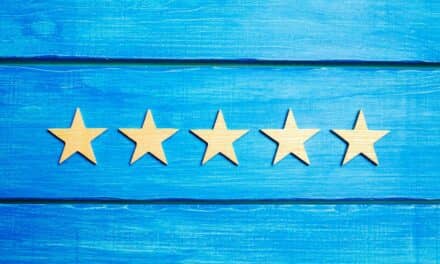