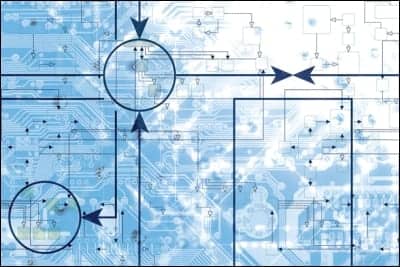 It can’t be seen and can’t be heard. It has no mass, but it can be stored. And without it, everything in the hospital will come to a screeching halt. Electricity is the food that mission-critical capital equipment feeds on, and the systems that deliver it are the vital link keeping the lifeblood flowing. As a result, electrical distribution systems are as carefully planned and maintained as any piece of infrastructure in a modern hospital.

Although most hospitals have dedicated experts to shepherd the complex industrial electrical systems, it is important for biomedical/clinical engineers to understand how these systems work and how they affect the operation of the hospital’s equipment.

Tim Adams, FASHE, CHFM, CHC, is the director of professional growth at the American Society for Healthcare Engineering (ASHE) in Chicago, where he has served for the last 5 years. In the 21 years prior to that, he worked directly with hospitals in clinical engineering and facilities management. In addition to his role at ASHE, Adams currently serves on several code committees and advisory groups.

“A clinical engineer should be knowledgeable about how the electrical system is laid out, how emergency power is provided, and understand the testing requirements,” Adams says. “They should also be involved in planning for renovation and construction.”

Of course, such systems can vary significantly from facility to facility, so biomeds will need to do their homework. “The health care facility should have drawings or diagrams of the system,” Adams says. “The more that clinical engineers understand about the system, its capabilities, and its limitations, the more valuable they can be in planning and responding to emergencies.”

Another excellent source of information are the electricians who service and maintain the systems.

Scott Martin, CEI, has worked as an electrician at Nationwide Children’s Hospital (NCH) in Columbus, Ohio, for 13 years. He is currently an electrical supervisor for seven in-house electricians at NCH, who together install new circuits, panel boards, transformers, variable frequency drives, and all electrical and building controls. They also maintain and perform compliance testing on emergency generators and the fire alarm system. All of that experience can be useful for any BMET or CE who wants to learn more about the ins and outs of the electrical grid. And Martin is only too willing to help anyone who wants to be informed. “The NCH campus is supplied by three utility feeders at 13.2 kv. Two of the feeders are preferred circuits from two different utility substations, and one feeder is our alternate backup feed in case we have a loss of power at either of the two preferred feeders. All three feeds connect to switchgear in our new central power house, which contains the emergency power system. In case we have a loss of power on all three utility feeds, we have four 3-megawatt generators that provide emergency power, which will start through a command sent from any one or all of our automatic transfer switches (ATS). NCH currently has 34 ATSs tied to our central power house emergency system. The generators can be running and closed to the bus within 8 seconds for our life safety and critical loads. On emergency power we have three types of branches: life safety branches, which feed egress lights, exit signs, and the fire alarm; critical branches that feed patient care receptacles, patient care task lighting, nurse call systems, and communications systems; and equipment branches for air handlers, medical vacuum, medical air, elevators, and pumps.”

Greg Burdan, a master electrician at Reading Hospital and Medical Center in Reading, Pa, describes the electrical network at his hospital as having a similar structure. “At Reading Hospital we have two separate utility feeders coming in so that if one were to fail, we can switch to the other,” he says. “Everything is on double-ended switchgear, and we have great redundancy for emergencies, renovations, and other interruptions of power.” Even the emergency generators have redundant power supplies. “Each generator has a day tank that it can run on instead of the regular 1,000-gallon fuel tank,” he says.

In addition, Reading Hospital has something in the works that is somewhat unique, a gas turbine cogeneration plant, that Burdan says is only the second in Pennsylvania. “It’s basically a jet engine that runs on natural gas, which spins a generator to create electricity,” he says. “We’ll be able to create our own electricity when the regular utility prices are high, and switch to the regular utility when prices are low. Plus, the exhaust gases can be used as a heat source for hot water, running sterilizers, and even driving chillers.” Burdan says the hospital expects to see payback on its investment within 2 to 3 years. The plant is scheduled to go online January 1, 2011.

While individual specifications and configurations will vary somewhat, Adams says that most hospitals, ambulatory surgery centers, and long-term care facilities have a two-tiered electrical system similar to the one at NCH and Reading. One system is served only by the local utility lines, and the other is supplied by both the utility and a backup source—typically one or more generators. Health care facilities typically adhere to NFPA 99, an electrical standard developed specifically for health care. NFPA 99 refers to the backup system as the essential electrical system. Also like NCH, facilities that comply with NFPA 99 will have an essential electrical system broken down into the three aforementioned branches if the load on the system exceeds 150 kVA.

Confusing terminology is all the more reason for biomeds to study up. “The clinical engineer should understand that each branch serves a specific function as defined in NFPA 99,” Adams says. “When a new piece of equipment is being installed that needs to be on the essential electrical system, the closest panel may not be the proper point to supply power. For instance, the life safety branch is used for exit signs, egress lighting, and certain alarm systems such as the fire alarm system and medical gas alarms. An x-ray machine in the emergency department needs to be on essential power since it’s critical in providing care, but it would not be connected to the life safety branch.”

Burdan agrees that biomeds should at least have a basic understanding of how the hospital’s electrical network is structured. “I think it’s of value for biomed to understand where normal power is, versus normal power with emergency backup,” Burdan says. “Equipment on the emergency backup systems will have power in an emergency within 10 seconds of loss of utility.”

The fact that even equipment on emergency circuits might see an interruption of power is important for everyone in a hospital to know, “even upper management,” Burdan says. “It’s not like when the power goes out, everything just goes on like normal.”

Martin agrees that clinical engineers need to understand the implications of equipment being connected to emergency power circuits. “It’s an important requirement for hospitals to test the emergency generators and the automatic transfer switches monthly,” he says. “When this monthly test is performed, items that are plugged into emergency-powered receptacles or wired to emergency-powered electrical panels can see a short blink or interruption of power when the normal power source switches over to the emergency power source.”

While such interruptions can be minimized by using closed transition switches or some kind of uninterruptible power supply (UPS) or battery, some equipment will inevitably be affected by even a momentary interruption. “At NCH we perform our monthly generator test at 4 am, when no surgeries are in progress, to minimize the risk to our patients, staff, and systems,” Martin says. “Just remember that even a momentary power outage may seem like a lifetime, but the generators should start and provide power to the life safety and critical loads within 10 seconds.”

Some medical equipment may need to be reset after this transfer takes place. “If you want to test your equipment to see how it will react to a loss of power before transfer during a monthly generator test, simply unplug it and plug it back in,” Martin says. “Or find the circuit breaker feeding the equipment and open and close the breaker.”

Because of the impact that it can have on medical devices, Adams encourages biomeds to be involved in the testing and maintenance of the electrical and emergency power systems. “It’s easy to just assume that the hospital will always have power,” he says. “A lack of proper testing and maintenance could and does lead to failure of electrical distribution components. During the life of a building, power will have to be shut off in areas for maintenance, repair, and construction. Systems can be designed to minimize the need for shutdowns—such as the use of double-ended switchgear—but the bottom line is that at times the power has to be shut off. Clinical engineers should be an integral part of planning for those shutdowns.”

While it is easy to see these tests as annoyances that should be avoided, a lack of cooperation is simply not an option. “CMS and accrediting organizations that have deeming authority—such as Joint Commission, DNV, and HFAP—require testing of generators and transfer switches as specified by NFPA 99,” Adams says. “If a load is served by an open transition transfer switch, then there will be two glitches for each test—one at the beginning and one at the end. The bottom line is that if the load served is one that is required by NFPA 99 or NFPA 101, the transfer switch and the generator must be tested monthly.”

The current emphasis placed on Joint Commission and other regulatory compliance issues provides biomedical/clinical engineering with plenty of opportunities to think outside its traditional job function.

“Joint Commission Sentinel Event Alert Issue 36, which was issued on September 6, 2006, included a recommendation to assess what critical equipment and systems would be needed during an extended outage, matching that with what equipment and systems can be powered by the essential electrical systems, and determining how long they could be powered,” Adams says. “Clinical engineers and biomeds should play a key role in this process.”

Emergencies are Best Planned For

In addition, part of the planning process for emergencies and outages is having a plan for clinical intervention when needed. “Clinical engineers can also play a key role in emergency planning and response because of their understanding of the clinical role that technology plays, combined with their understanding of how the electrical distribution system works,” Adams says.

Read past Service Solutions articles in the 24×7 online archives.

Even basic electrical issues that biomeds commonly deal with should not be overlooked. Shielding and grounding issues will always be a concern for biomeds, and working together with facility technicians should be par for the course. Says Burdan, “Say the EKG department or a nurse calls and says, ‘There’s something funny going on with my readings in room 10.’ We’ll work with biomed to check the receptacle at the equipment to make sure that it’s properly isolated. We all want to make sure that everything is working correctly.”

Clearly, biomeds need to familiarize themselves as much as possible with how the electrical distribution network in their hospital is structured in order to know how medical equipment and systems respond to generator tests and other interruptions in power, and should have a firm understanding of what equipment is powered by the essential electrical systems.

“Two hours into a sustained power outage is not a good time to find out that a piece of critical medical equipment is not powered from the essential electrical system,” Adams says. “Clinical engineering should be a part of the evaluation process for routine testing as well as analysis of outages, whether they are scheduled internal outages, unscheduled internal outages, or loss of public utility.”

Kent Lupino is a contributing writer for 24×7. For more information, contact . 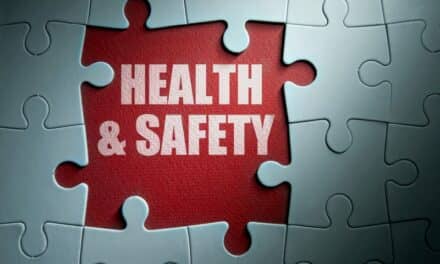 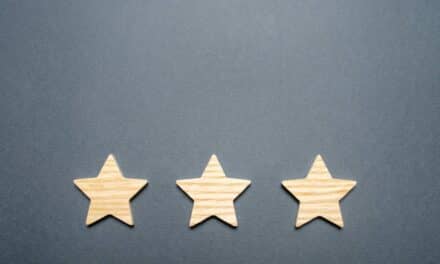