Had a blood test or cholesterol test lately — in your doctor’s office? The advent of smaller and faster desktop systems for chemistry, hematology and other testing is encouraging many physicians to offer in-house lab services to their patients as a convenience. But who tests those testing devices? There’s evidence to suggest that physician office laboratories (POLs) may present an opportunity for ISOs.

Have you noticed the laboratory equipment in your doctor’s office? While some physician office laboratories (POLs) feature microscopes, centrifuges and 20-year-young analyzers, others employ new point-of-care technology as a convenience to their patients. The advent of smaller, faster, and more foolproof desktop systems for chemistry, hematology, coagulation, and immunoassay testing has led to a resurgence of interest in this market. Yet, OEMs (original equipment manufacturers) face their own set of challenges: issues of cost, reimbursement, profitability and, of course, a changing regulatory environment. Vendors also face the hurdle of service and support across the gamut of urban and remote settings. At least on paper, the POL installed base may seem like a logical market for independent service organizations (ISOs) in what some consider to be a burgeoning industry.

Doing the numbers
Defining the POL market in terms of annual sales revenue is complicated: The wide range of products and use of distributors for test kits and reagents make it difficult even for vendors to assess. The bulk of POL testing, according to various sources, involves cholesterol, glucose, urinalysis, hemoglobin/hematocrit and rapid strep test kits. Best-guess estimates put U.S. annual sales in this segment at between $700 million and $900 million. While the price points for new desktop analyzers have decreased to the $20,000 range and below, vendors capture a continuous income stream through the sale of calibration controls, reagents, prepackaged assay cassettes and — of course — service contracts.

Despite the growing popularity of bringing testing closer to the patient, regulatory hurdles will continue to impact the growth of the POL instrumentation market. During the ’70s and ’80s, laboratory testing in the physician’s office was quite common — so common, in fact, that concerns for quality prompted the U.S. Congress to pass the Clinical Laboratory Improvement Amendments (CLIA) in 1988. Phased-in over several years, CLIA imposes a series of regulations on all laboratories, including POLs. These regulations include registration with the federal government, accreditation, and various levels of quality control and inspection that vary with the complexity of the tests the office wishes to perform. In addition, CLIA rules initially specified The Centers for Disease Control (CDC of Atlanta) as the entity responsible for determining the complexity of each and every test available on the market. For example, a “dip-stick” urine test is considered a “CLIA-waived” procedure with low-complexity and thus lower regulatory oversight, while an automated desktop analyzer requiring little or no technical ability to operate may be considered a “moderately-complex” procedure. 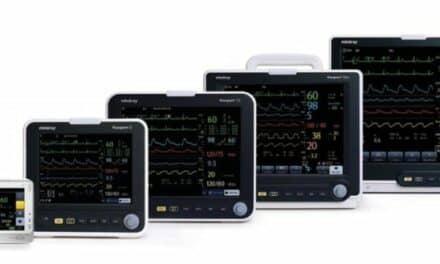