Because of their role in the therapeutic treatment of patients, medical gases are considered drugs, with oxygen tagged as the most prescribed drug worldwide. Yet improper handling and connections show up time and again, resulting in injuries and, sometimes, the ultimate injury — death. What’s the solution? Training in proper handling techniques is good; combining training with vigilance is even better.

Medical gas mix-ups accounted for seven patient deaths and 15 injuries in healthcare facilities from 1996 to 2000, according to reports filed with the FDA. In each of those cases, cylinders containing nitrogen or argon — not medical-grade oxygen — were connected to the facilities’ oxygen-delivery systems.

Those numbers rise when combined with reports from The Joint Commission on Accreditation of Healthcare Organizations (JCAHO). JCAHO counts at least four more deaths and five additional injuries during the same five-year time period.

The two organizations work in concert with one another to promote the safe handling of medical gas, an often-overlooked class of prescription drugs. Both emphasize proper training for everyone who handles and connects medical gas containers.

Prevention trumps correction
In medicine, a drug is a prescribed substance intended to restore the body. Medical gases, because they are used in the therapeutic treatment of a patient, are considered drugs. Taking that view, it’s not surprising that oxygen is the most prescribed drug in the world. Other medical gases are medical grade compressed air, nitrogen, carbon dioxide and nitrous oxide.

Particulate contamination is likely the largest single source of problems within medical gas systems and secondary equipment failure, according to Fred Evans, president of Medical Gas Management Inc. (Bethany, Okla.) Carbon scale deposits from the old pipe-brazing process loosen over time and migrate toward the areas of greatest gas flow. Today’s pipe-brazing process uses inert gas to prevent copper oxidation inside pipes. The second most prevalent problem is the growth of gram negative bacteria within the compressed air system caused by moisture that results in particulate contamination. The design, type and configuration of medical air compressors are to blame for this problem. 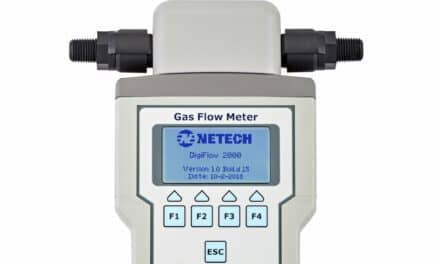 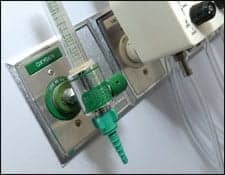