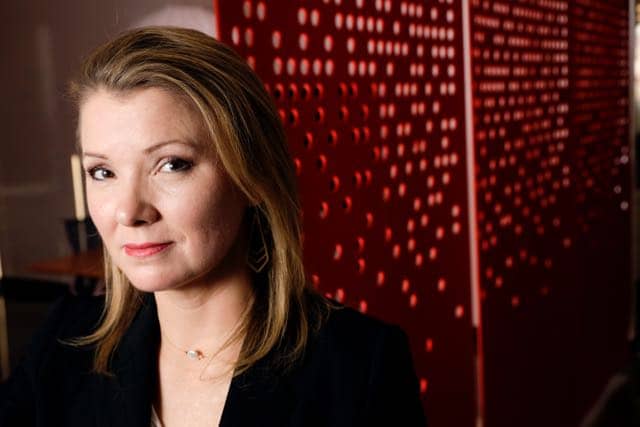 Jennifer Jackson, the 2018 AAMI HTM Leadership Award recipient, always knew she wanted to work in healthcare. But she started off thinking she wanted to be a physician.

What changed her mind? It was in her sophomore organic chemistry class at Boston University where Jackson was a pre-med major. She discovered that what she loved was working in a team-based environment with her classmates. The sense of comradery really attracted her to a career in biomedical engineering, she says.

It was then that Jackson discovered what she calls her niche: Coming up with unique solutions to some of healthcare’s thorniest problems. Working with other engineers, sometimes leading a team and other times serving as a team member, really felt like a natural fit, she says.

And given the now-pressing need to integrate medical devices with EHRs and other technologies in the healthcare ecosystem, Jackson was clearly ahead of her time.

Expertise in Healthcare and Industry

Early in her career, Jackson was a clinical engineer at Boston’s Brigham and Women’s Hospital, where she directed multidisciplinary, team-based projects, such as clinical device and system implementations. That required her to draw on her evaluation, contract development, installation, and training skills.

Since that early role, Jackson has transitioned seamlessly from clinical engineering roles in healthcare settings to jobs where she worked on software development associated with medical devices. She even did a three-month stint as technical officer for the World Health Organization. She was involved in the nonprofit’s Global Initiative on Healthcare Technology meetings in Egypt and WHO Global Forum on Medical Devices in Thailand.

In her role as research associate at a hospital in Italy, Jackson helped developed ad-hoc systems used in pediatric rehabilitation; for example, she helped develop a software interface to integrate a 2,000-plus pressure sensor matrix with the existing 3D rotating platform in order to acquire and analyze plantar pressure trends.

In her current role as director of connectivity at Irvine, California-based Masimo, Jackson helps further the company’s mission of developing noninvasive patient monitoring technologies, such as medical devices and sensors, for its clients.

She joined Masimo because the founder, chairman, and CEO Joe Kiani’s vision for hospital automation really resonated with her. “Our technical portfolio takes device integration to a new level by building in solutions that can efficiently and effectively improve patient outcomes,” says Jackson.

Spending much of her time with clients to help “bring their device integration to a higher level,” Jackson notes that most healthcare organizations are well past implementing their first device-integration system. That means these decision-makers know about the possibilities that true integration holds. “Many realize that there is so much more fun to have with medical device integration now that some of the implementation and support challenges are better understood,” she says. What does she love best about her job? Talking to decision-makers about their integration strategies, their next steps, and how Masimo can help support that work, she says.

AAMI celebrates Jackson’s work to highlight the importance of device integration in the HTM profession, according to an announcement about the HTM Leadership Award. The organization also values her work leading one of the nation’s first enterprise-level deployments of bi-directional infusion pump integration—work that fulfills AAMI’s mission of further closing the medical administration loop.

Jackson also receives kudos for her work with industry leaders to promote the adoption of flexible and open device integration platforms that enable improved vendor-agnostic connectivity. In addition, she serves on the inaugural Integrating the Healthcare Enterprise’s Patient Care Device and Medical Device Plug-and-Play committees.

A past-president of the American College of Clinical Engineering, Jackson has chaired a task force for medical devices and patient safety for the Healthcare Information and Management Systems Society (HIMSS). In addition to serving as an expert on topics such as a device integration, clinical engineering-information technology synergy, and women in HTM, she somehow also has time to be an associate editor for the Journal of Translational Engineering.

The AAMI HTM Leadership Award requires an extensive record of leadership and accomplishment in the HTM field and significant contributions to an important issue or issues facing the profession are two key criteria candidates must demonstrate, according to AAMI. Driving improvements towards patient outcomes, reducing costs, and improving the use and impact of technology are also of great importance.

“Many HTM leaders lead device integration initiatives or their organizations. Several [of them] play a significant role in the strategy and support of these connected systems,” notes Jackson, who describes herself as blessed that she can “continue to collaborate with so many [HTM leaders] that are either just starting down this path, or on their second or third technical lifecycle for device integration.”

Meanwhile, Jackson says she feels “very honored” to receive the AAMI HTM Leadership Award because “those that nominated me and reviewed my application are HTM leaders for whom I have so much respect and admiration. For them to feel that I am worthy of such a recognition is very humbling. This award, to me, means that [my] early work within, and in alignment with the HTM field for medical device system integration, both in terms of planning and execution, has paid off.”

SIDEBAR: AWAY FROM THE OFFICE

Favorite way to spend time: “Being a mom to a pretty fabulous little girl who will one day rule the world,” rises to the top for Jackson when asked how she most enjoys spending her time away from work. She also enjoys spending time with her friends and family, traveling, cooking, and sipping bourbon or rosé, depending on her mood.

Top tunes: Jackson’s taste in music also depends on her mood, she says. What’s attracting her attention these days? A “new music” playlist generated by the Apple iTunes bot, based on her listening history. She says the music most often heard in her house these days is from Disney, “thanks to the seven-year-old,” although she’s grateful that her daughter has finally moved on from the “Frozen” soundtrack, she quips. You’ll also find her listening to rapper Snoop Dogg and Icelandic avant-rock band Sigur Rós.

24×7 Marks 20 Years as the Leading Resource for Biomeds 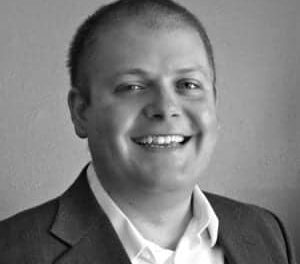