A Day in the Life: International Aid Offers Training and Support to Developing Nations Worldwide

Volunteer work in underdeveloped countries can be a life-changing experience. One former Navy BMET shares the story of his work with a relief agency that provides medical equipment, supplies, and training all over the world.

Jim Loeffler with members of a biomed repair training class in Accra, Ghana.

International Aid (IA) is a nondenominational Christian relief, development, and training agency that links caring people and organizations with their partners worldwide, changing lives through the power of compassion. Through its emergency relief, missionary assistance, medical support, and global development services, IA reaches out to those in need around the world regardless of nationality, ethnicity, or creed. International Aid is committed to integrity in the use of its resources, professionalism in the management of its programs, and preserving the dignity of the people it serves.

International Aid’s full-service medical equipment services department employs four full-time BMETs with more than 60 years combined experience. The department handles all types of equipment, from chemistry analyzers to x-ray and imaging devices. It repairs and refurbishes donated medical equipment for shipment to IA’s partners: medical missionaries, missionaries, volunteer medical teams, mission hospitals and clinics, and other medical mission supporters in developing nations that would not otherwise be able to afford to purchase equipment on their limited budgets. International Aid supports more than 100 missions at any given time, although some order just drugs and/or supplies.

Jim Loeffler, an IA senior biomed, describes the organization as a missionary resource center. “If a missionary organization, individual, or team is taking a trip and they need supplies, medicine, or medical equipment they call us, and we can supply them. We are able to satisfy requests from something as small as a pulse oximeter to something as big as a complete hospital.”

When asked how an organization obtains the equipment it needs for a mission, Loeffler described the process: “A church mission team, doctors taking trips, or medical teams approach us and ask if we have a certain type of equipment or supply. We check our inventory, and, if we have it, we tell them what we need to do to get it up and running. The equipment is donated and generally used. Occasionally it is brand new,” Loeffler says, “but usually it is equipment a hospital is getting rid of. We do charge a service fee.

“Our biggest competitors are third-party used-equipment dealers. We basically do what third parties do, only we ship to the mission field, and, of course, we don’t make a profit, we just break even. We also fully accessorize the equipment and provide manuals so the unit can be opened and used right out of the box.”

A water filtration unit is set up at a clinic in Tangi Saidon, a village 45 kilometers southwest of Kabul, Afghanistan.

International Aid also supports a missionary store, where individuals can come in and pick out the equipment or supplies they need.

Beyond the refurbished equipment and the missionary store, Loeffler says, IA has various departments, such as disaster relief, eye clinics in Ghana and Honduras, Kids Helping Kids, Lab in a Suitcase, and the medical equipment training (MET) program. Through that program IA has conducted training programs in Ghana, Kosovo, the Philippines, and Honduras.

Loeffler tells us, “The students in these programs attend in country for 1 month every 6 months. They learn a module and then go back to their hospitals and use the knowledge they’ve gained. In 6 months they’ll come back for another module. We start a new class every year, so we have 3 years worth of classes going on at one time, doing different modules. The size of the classes vary,” Loeffler says, “but in Ghana we usually had 15 to 20 students.”

International Aid recruits and uses volunteer biomedical and electronics instructors to teach students such things as AC/DC theory, equipment repair, and anatomy and physiology. Their expenses, such as transportation, lodging, and food, are paid by IA.

Loeffler, an active Christian, began his career as a submarine electronics technician for the Navy.

“In the early 90s, when the military started their base closings, I was offered early retirement. I didn’t want to do it, because something told me my mission in life wasn’t fulfilled. I asked if I could change to corpsman so I could become a medical equipment repairman. A lot of people went to bat for me, and I ended up as a biomed in the Navy,” he says.

“After retiring from the Navy after 20 years, I stayed in Charleston, where I had been stationed, and went to work in field service. The job wasn’t for me and lasted [only] 6 months. Then I went to work for the Medical University of South Carolina. After having been there about 11/2 years, I saw a posting on the Biomed Listserv for a biomedical technician opening with a Christian missionary in Michigan. Well, Michigan is my home state. My Mom was getting sick, and I wanted to be near her. I also felt a personal calling. So, I accepted the position and I’m able to serve the mission field,” he says.

A meeting with elders of Tangi Saidon. The man on the left is Maboob, the interpretor, the man on the right with his son is a village elder and teacher.

During his tenure at IA, Loeffler has traveled to many countries, including Iraq and Afghanistan. He has conducted training with the MET program, designed curricula—one of his duties in the Navy—and traveled to set up medical clinics and make assessments for future clinics. That was his assignment when he went to Afghanistan in June 2002.

“There was a team of three,” Loeffler says. “There was a community health doctor, a community health nurse, and I. We went through one of our partners who had already set up a mission in Afghanistan to check the feasibility of setting up a clinic in the village of Tangi Saidon. We set up a general medical clinic, and the nurse got local people to do an assessment of the area population to determine how much health care they had had and what their needs were by conducting house to house interviews.”

At first, only a couple of people showed up at the clinic, Loeffler says, but soon there were throngs. The people in Tangi Saidon had not had health care in a generation and were coming off a 7-year drought. “Interesting thing,” Loeffler comments, “Since the Taliban took over 7 years prior to being ousted by United Nations forces, there had been no rain. When the Taliban was kicked out there was rain and the people had the best wheat harvest in 7 years. It was just like an Old Testament story!”

A classroom in the girl’s school in Tangi Saidon.

The people of Afghanistan have clearly had an impact on Loeffler, particularly the children. He recounts a day when he was outside painting the [clinic] building. “I scuffed up a bullet and looked at it,” he says. “The children saw I was interested and scattered. I thought, ‘Oh my, they’re scared because of all the fighting through the years.’ Then I heard giggling and turned around. There was a line of children with handfuls of bullets. They had gone out into the yard and the driveway and gathered all these bullets—ranging from 50 caliber to rifle bullets—left over from the wars. They thought I wanted them because I looked interested.”

“We did not conduct biomed training in Afghanistan,” Loeffler says. “[International Aid does] not send our volunteer instructors into politically unsettled areas. We conduct our MET programs only in safe environments, which is why we haven’t done any training in either Afghanistan or Iraq.”

Training is clearly needed, however, as Loeffler demonstrates by telling about the day a man, who his team thought was going to die, came to their clinic.

“We took him to the hospital emergency room, and the doctor who was on duty insisted we go for tea while his technicians prepped the patient. They were inserting an IV into his arm. They cut his vein and stuffed an IV into his arm. No needle, no catheter. They put a bucket under his arm and the blood dripped into it. The technicians were not using gloves. We determined then that they needed some training.”

Although IA did no training in Afghanistan, the nurse on Loeffler’s team set up some programs; and, since then, IA has sent two or three groups to train the community health people on proper sanitation, hand washing, boiling water, etc. They do show the doctors and technicians how to use the equipment and are discussing a training program—but not yet.

Loeffler says there are many opportunities for biomeds to get involved in mission programs, either on a mission trip or on the staff. “It’s a lot easier for biomeds to get involved in mission than they think. To get involved means simply contacting us—the medical equipment program or the training program—and expressing an interest. We would want some background, maybe a resumé, but it does not take special credentials to teach. It can be guys like me, no one special. There are many organizations, be they Christian or humanitarian, and I am available to help interested individuals figure out where they want to go, what they can do, and how they can help. If I can’t help them, I can refer them to someone who can.”

Loeffler averages two trips a year for a couple of weeks at a time. “I’ve never had a bad trip,” he says, “and I’ve never heard anyone come back saying, ‘I’ll never go back.’ It’s a life-changing experience.” 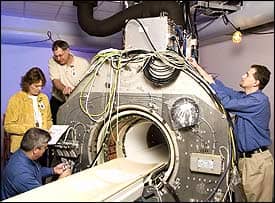 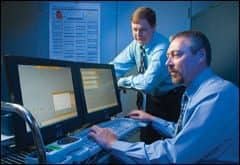 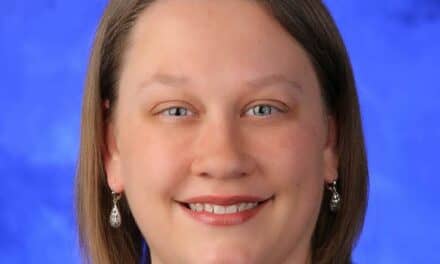