Some industry observers predict that medical equipment and systems that can be remotely monitored are the next big thing for hospitals.

Medical equipment and systems that can be remotely monitored for problems—and even repaired from afar over that same network connection—are the next big thing for hospitals, some industry observers predict.

Currently, the number of facilities around the country employing remote diagnostics is tiny. However, early-adopter enterprises—those that have gotten onboard with remote diagnostics already—find themselves making major repairs less frequently, since problems identified in this fashion can be dealt with while they are still minor (and in ways that facilitate far greater cost efficiency).

That is unfortunate, they say. Were biomeds up to speed on remote diagnostics, they would be in an excellent position to help their employers identify the best products and deliver the biggest bang for the buck spent.

“Remote diagnostics is sort of an evolving, nebulous vapor cloud in the minds of many right now,” says David Harrington, PhD, head of staff development and training for Technology in Medicine, an independent service organization in Holliston, Mass, with hospital clients from Maine to Virginia. “How we get our heads around remote diagnostics, that’s the real challenge for us.”

“References to remote diagnostics and remote monitoring are, from time to time, used interchangeably, which they shouldn’t be because they’re not the same thing,” says Moshe BenBassat, PhD, chief executive officer of ClickSoftware Technologies Ltd, a developer of end-to-end service-chain optimization software, with headquarters in Tel Aviv, Israel and Burlington, Mass.

BenBassat, former science and technology professor at University of Southern California; University of California, Los Angeles; and University of Tel Aviv, defines remote monitoring as a method by which sensors collect and transmit to an observer some distance away raw data about the performance of a device, instrument, or system (by his reckoning, some of the equipment items in the typical hospital’s inventory currently possess remote-monitoring capability in some form or another).

“Monitoring can reveal when equipment is experiencing symptoms of a problem. But it cannot determine the root cause of those symptoms. That is the task of remote diagnostics.”

Remote diagnostics can be performed either manually or automatically. In manual mode, a human looks at raw, monitored data and then takes steps to probe further for sufficient indicators to successfully troubleshoot the problem, says BenBassat.

In automatic mode, those same actions would be conducted entirely by computer with either minimal or no human intervention.

“Let’s say I’ve got a [computed tomography] scanner and it seems to be working normally,” BenBassat suggests. “Something wrong may be developing that no one is noticing, but the internal sensors notice that a performance parameter has deviated from normal. The monitoring software in the equipment will relay its observation to a server, possibly 3,000 or more miles away. The server has a software package to absorb this input from the field and collect additional needed data to come up with a diagnosis. It then sends a message to the dispatching system with a recommendation that a technician be sent to the hospital to effect repairs. It will include in its message a list of the parts the technician will need to take with him in order to complete the job on the first visit.”

BenBassat argues that once one equips a computer with the right knowledge and algorithms, it will perform remote diagnostics at an expert level, and there is no longer dependence upon the skills, experience, and knowledge of the individual who now is manning the station. When it comes to remote monitoring, computers can definitely outdo people because humans cannot keep their eyes riveted to a monitor nonstop. Every so often, a human observer must take a break for food or a restroom run and must deal with interruptions or distractions posed by coworkers and supervisors. A computer, on the other hand, has no need to rest and will continue its assigned task of monitoring, even when asked to perform other functions at the same time.

There are, of course, hybrid versions of remote diagnostics wherein humans and computers work hand in glove. A perfect example of this is the case of the biomed who uses a digital still camera to take a series of photos of the affected equipment—its sputtering performance output or its inner workings—and then e-mails the images to an off-site engineer or service technician for consultation and guidance.

“In my book, that kind of interaction still qualifies as remote diagnostics,” says Harrington. “It’s a very simple, economical way that the biomed can be walked through the procedures to get the repair done without missing any details. It’s a way for the manufacturer’s technician to see what’s going on without actually being there. The same thing can be achieved with Internet streaming video.”

Offered in Varied Forms
On occasion biomeds find remote diagnostics hard to get a handle on because it tends to defy easy pigeonholing.

“We’re seeing many different models of it,” says Janie Chang, a management consultant for remote-service software maker Questra Corp, in Redwood City, Calif. “Some equipment manufacturers that have included what we call ‘intelligent device management’ capabilities within their products position remote diagnostics as an upgrade, others charge for it as a premium service, while still others position it as their default service offering.”

This, she notes, is a step up, since, even just 5 years ago, remote diagnostics capabilities either were nonexistent or were provided in an ad hoc manner—such as when a manufacturer would obtain the customer’s permission to occasionally and briefly interface with the monitorable equipment via remote desktop. In some instances, she says, manufacturers would develop an in-house solution to remote diagnostics by using off-the-shelf products and then building out their own virtual private networks or, alternatively, asking the customer to set up a dedicated line for dialing in via modem.

Remembering those days, Harrington describes the remote diagnostics process as one in which equipment performance information might be collected just once a day in a midnight, batch-mode upload from the user’s system to the manufacturer’s mainframe.

“Today, at least in the pharmaceutical industry, remote diagnostics uploading from user to manufacturer takes place in real time and continually,” he says. “Eventually, that will also be the norm in hospitals with regard to the equipment, devices, and systems for which biomeds have responsibility.”

By that stage, however, remote diagnostics will have become so advanced that biomeds probably will come to view the technology as their best friend.

“Many remote diagnostics-equipped devices and machines will be able to self-repair,” says BenBassat, who expects that self-repair capabilities will result in the elimination of the need for service calls in a small but hardly inconsequential number of instances. “Even though it’s maybe only 3% of the time that a technician wouldn’t have to be dispatched, that still could represent a considerable cost savings.”

In other instances, remote diagnostics will give technicians the insights and guidance they need to very quickly put the ailing device or machine back in proper working order.

“They’ll be able to know in advance what might be going wrong, which will cut way down on their session time with the equipment since there will be less guesswork and, therefore, fewer repair mistakes,” BenBassat says.

Chang indicates that, in time, it should become quite common for applications other than field service to be interfacing with remote monitoring and remote diagnostics. Already, manufacturers are looking at ways to utilize harvested data and diagnoses to help customers reduce their inventories of consumables to the barest minimums without fear of ever running out, she says. For example, a vendor of computed radiography would be able to tally precisely the number of images an institution has produced to date and know when it is time to talk to that enterprise’s purchase decision-makers about replacing the image-capture cassettes. It will be the same with image printers and the consumables they use.

“We also expect to see usage and device performance data routinely utilized by product engineers who at present haven’t much connection with equipment once it is installed at the customer’s site,” Chang predicts. “Engineers today don’t really receive back any objective performance data that would help them build better next-generation products; they can only have a gut feel of, yes, we have 95% uptime, but no substantiation.”

Breaking the Cost Barrier
If it is true that biomeds are not fully up to speed on remote diagnostics and its benefits, then at least some of the responsibility for this deficiency in knowledge can be laid at the feet of both manufacturers and remote service software providers, hints Chang.

“By and large, in the past, remote service hasn’t been explained well enough to potential biomed users,” she says. “Manufacturers who offer remote diagnostics, need to say to users, ‘Look, here’s where we can be a partner in helping you keep equipment up and running at top efficiency and make you look like an even bigger hero to your institutions than you already are.’ ”

The good news is that manufacturers are beginning to come around on this point and so are starting to more effectively communicate remote diagnostics’ strengths and rewards to biomeds, Chang reports.

“The result is, we have biomeds becoming more informed about how remote diagnostics can provide them better troubleshooting support,” she says.

Still, manufacturers can’t shoulder all of the blame for biomeds not having the full facts about remote diagnostics. After all, biomeds cannot be expected to have intimacy with technology their hospitals heretofore have not been able to afford to acquire.

“Remote diagnostics has been prohibitively expensive,” says Harrington. “Putting remote diagnostics into clinical applications on the general floor is a long, involved process. It requires first that the hospital be fully wired with a fiber-optic backbone and the network be configured to support the HL7 protocol. None of that is cheap. For most small hospitals, the costs and complexities of putting in place this kind of infrastructure puts remote diagnostics beyond their reach.”

At least it does for now. Down the road a few years, it could be a different story entirely, Chang proposes.

“With the growth of the Internet, public data communications infrastructure is becoming a very affordable alternative” to the massive expense and effort of building a private network, she says. Fiber optics may be required to transfer massive image files, but for device performance data, a local area network works just fine today.

Further expected to help remote diagnostics proliferate in hospitals will be the continued growth of wireless connections between devices and computers. “Wireless makes it very easy to engage in remote monitoring and diagnostics,” says BenBassat. “It doesn’t require the kind of effort that’s involved in setting up physical connections between computers and equipment.”

Perhaps the biggest plus for remote diagnostics is that the technology today stands vastly improved compared to its state even 5 years ago.

“The technology is ready,” BenBassat asserts. “While enterprises should be very careful before they deploy such a solution, I would strongly recommend they become much more daring in evaluating the potential of those products.”

Adds Harrington, “Remote diagnostics can’t prevent device or system components from failing, but it can give us early warning of trouble ahead and then recommend a remedy. The further in advance that warning and recommendation comes, the more of an advantage it gives us as biomeds. It allows us to procure replacements in advance of an impending failure, rather than after failure occurs and the unit goes down. With our objective being to keep equipment up and running, this potentially could be a very good way to accomplish that very thing.” 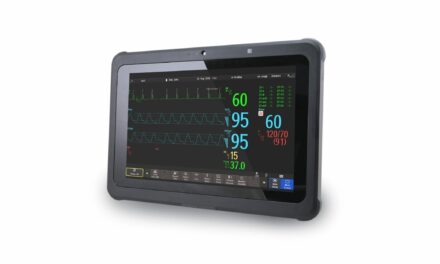