When it comes to adopting new technologies, the health care industry typically falls a step or two behind the corporate and consumer sectors. So has it been with wireless technologies. However, more factions within the health care industry are recognizing the benefits of wireless devices, and implementation is expected to take a sharp upward curve, according to a study released last July and conducted by the San Francisco, Calif-based FocalPoint Group, a market research and analysis firm.

Already for some, there’s no looking back. Wireless technology has impacted health care in two significant ways, according to Yadin B. David, PhD, director of biomedical engineering at Texas Children’s Hospital in Houston. “For one, it provides the ability to deliver information regardless of where you are,” says David, who is also a past president of the American College of Clinical Engineering. “The second is the closure of distances. The result is that more interactivity exists between caregivers regarding information with significant potential to impact outcomes, thus supporting core values of the different service groups, because we can facilitate communication so much more easily. We’re getting closer to what the health care infrastructure truly should be.”

At the same time, David emphasizes, health care providers must ensure that the information stays confidential and private to be reviewed only by those who have the legal right. “Not every engineering field is concerned with privacy and confidentiality,” he says. “But we have to maintain security.”

Clinical engineers also need to play a role in addressing the growing concern about hierarchy of transmission involved with wireless technology, David says. “We need to have an immediate and undelayed broadcasting of alarms,” he says. “If you pick up your cell phone, place a call, and can’t get through because the tower is busy with other calls, you can try again 5 minutes later. But if a patient is having a cardiac symptom and needs immediate attention, that situation can be catastrophic—and unacceptable.”

New Devices, New Solutions
A dilemma for those seeking to deploy wireless solutions is determining what devices are worth the time and investment. According to Rick Hampton, wireless communications manager for Partners HealthCare System, based in Boston, there is a plethora of new wireless devices, and the surfeit poses a challenge for those seeking to implement technology most appropriate to their needs.

“Now that we have an almost truly universal and inexpensive way of connecting just about anything into a wireless LAN [local area network], everyone and their brother are coming out with wireless devices, some of which are strictly for the medical arena,” he says. Hampton says that he spends more and more time checking out new applications to determine if they have direct clinical use, or if they’re just another gadget.

Of the new technologies, the types that will have the most beneficial application in the medical arena, according to the FocalPoint Group study and industry observers, involve:

The disconnect between biomedical/ clinical engineering and IT needs to be mended, says Rick Hampton of Partners HealthCare System, Boston.

WMTS
In the meantime, there are the improving wireless medical telemetry services (WMTS), which involve the remote monitoring of patient health through radio frequency (RF) technology. The FCC’s WMTS report and order arose from concerns about interference from other devices operating in the same spectrum. Frequently, medical telemetry applications using VHF and UHF experienced interference from television stations using the same band, especially with the increase of high-definition television (HDTV) signals. WMTS is designed to provide RF interference protection by designating frequency bands for primary or coprimary use by eligible wireless medical telemetry users.

The St Louis University Hospital in Missouri has a wireless LAN and recently completed an installation of WMTS. “We felt it was a safer option for us,” reports Jennifer Ott, the hospital’s clinical engineering director. “We’re in a very congested frequency area in the Midwest, so we felt we needed to migrate to provide the best care for our patients.”

Unfortunately, WMTS does not completely eliminate interference problems, according to Hampton. There are three spectrum allocations in two frequency bands, the 608-614 MHz, corresponding to UHF TV channel 37, and 1395-1400 MHz and 1427-1432 MHz frequencies in the L-band. The FCC does not provide protection for WMTS devices operating on TV37 from adjacent channel TV36 and TV38 stations, Hampton says. “Boston has a TV38, and we have interference from 612-614 MHz,” he says.

“Further, the L-band frequencies are shared by WMTS with nonmedical telemetry operations, such as utility telemetry operations,” Hampton says. “In cases where WMTS devices experience interference from these other sources, the FCC plainly states it is the hospital’s responsibility to solve the problem.”

New Technologies, New Issues
As is clear, with the advance of new technologies into the health care field come issues to be addressed.

For one, the historical rift that exists between biomedical/clinical engineering and information technology (IT) needs to be mended, Hampton says. “There is only so much spectrum space in terms of radio frequency to play with,” he says. “All of the manufacturers are focusing on 802.11 standards-based devices. There is space for new devices, but arranging multiple networks in the same airspace, in the same part of the spectrum, is tough.”

If a hospital gets a large number of wireless medical devices and a large number of wireless IT devices, he continues, at some point the wireless networks are going to have to merge to manage the airspace. “The biomedical engineering groups and the IT groups are going to have to come together to accomplish this mission for the hospitals they serve,” he concludes.

Ott agrees that fostering and developing a strong relationship between clinical engineering and IT is critical. “[IT and clinical engineering] will need to figure out who takes care of what portion of a [wireless] network at any one time. We have to learn to play in the same sandbox,” she says.

Another more complex issue involves the FDA and the definition of medical devices. Essentially, according to Hampton, it raises the question, “How many medical devices can be connected to an IT-LAN before the IT-LAN becomes a medical device?”

“The jury is still out on that,” Hampton says, “because the FDA doesn’t yet have any regulations or guidance on the issue, though they are looking into it. The point is, as wireless devices multiply, the issue is going to play out into two different, but related and important areas.” The two areas are:

• The IT LAN as a medical device—“Because of the difficulties in effectively managing separate, overlapping wireless LANs, biomedical and IT devices will have to share not only the wireless LAN, but the supporting infrastructure,” Hampton says. “Suddenly, the IT infrastructure will have to meet the same security and reliability requirements as the older, separate LANs dedicated to the medical equipment. By the same token, medical systems will have to better tolerate firewalls, software upgrades, and scalability issues associated with enterprise networking.”

• The accidental medical device—“With 802.11 radios as a common interface, it becomes almost trivial to connect multiple devices in new and interesting ways,” Hampton says. “While this promises us a bounty of new and useful applications, the potential exists for someone to interface two devices and inadvertently create a new medical device the FDA may have not yet approved.”

Need for Education
A large and looming issue with wireless deployment is education. For biomedical engineers, Hampton says, wireless technology requires that they develop a degree of expertise in an area they have not had to worry about before. He fears this education will be a responsive action rather than a proactive endeavor. “Most hospitals—and I sympathize with everyone on this—are not funded to send biomeds out to learn about a strategic technology before it comes through the door.” As a result, more field engineers will have to do a lot of work “after the fact.”

David points at the lack of educational opportunities, which have become available only very recently. “Until lately, you haven’t seen many tutorials or workshops about the field of RF engineering and broadcasting. It certainly was not a priority in the health care environment, so there are not enough trained engineers in the health care environment. Clinical engineers need to quickly gain knowledge.”

Still, it is difficult to find courses and seminars appropriate to the engineering level of support that clinical engineering will need to provide, David says. “There are lots of gaps to be plugged by proper education, training, and collaboration. That will probably happen over the next few years,” he says.

Ott agrees that wireless technology education is becoming a biomed necessity. “It’s been said that clinical engineering needs to learn a lot about networking and IT. Well, now we need to start learning more about wireless infrastructures and RF interference,” she says. “When you start looking at the various types of wireless networks that can be installed for clinical equipment, you’re talking about multiple frequencies and different platforms. Learning the technology is becoming crucial for both technicians and clinical engineers.”

One quick educational fix, according to Hampton, is to get a handheld amateur (ham) radio license. “For less than $20, not only do you learn the basics of RF technology and interference, but also the social contacts you make can be invaluable. Oftentimes, the engineers designing and installing 802.11 systems are hams.” An amateur operator himself, Hampton adds, “Of the hundreds of biomedical technicians and clinical engineers I’ve talked with, probably 95% of the ones who understand wireless issues are also ham operators.”

Looking Ahead
As biomeds venture further into wireless territory, they must realize that it is an evolving field, David says. “The train still has a long way to go, and it is carrying us along with it. We are part of the evolution,” he says.

The target destination is nowhere in sight, and the industry needs to fully understand this to plan for continuous growth and further evolution. A large part of that growth movement will involve standards, David believes. “I encourage clinical engineers to become knowledgeable about the evolution of the standards in the many areas of the wireless field, so that they may be able to influence how the standards will develop and what standards will be adopted,” David says.

Another important future element is communication—not so much between people and devices but between the devices themselves.

“The wireless communication between sensors on patients and computers around patients, for example, will come about very quickly,” David says. “How do you determine what is robust and what should have priority, and how do you integrate all of that with legacy systems?”

David strongly urges engineers not to shy away from the task because it appears so complex. Instead, they need to become involved, gain knowledge, collaborate with other disciplines, and understand all of the possibilities.

“Be part of the assessment, because this wireless device-to-device communication is going to be changing the way we practice health care,” he says. “It is a great opportunity for clinical engineering to contribute to the proper deployment of such technology.” 24×7

Dan Harvey is a contributing writer for 24×7.

Call for 2016 Nominations for Clinical Engineering Hall of Fame 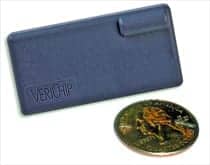