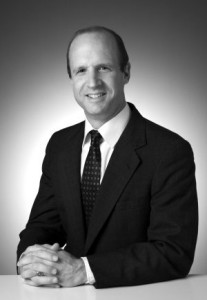 As the culmination of a contest begun last April, Pacific Medical LLC has announced that Laurent La Brie, a clinical engineer at Johns Hopkins Hospital, has been named “the industry’s most interesting biomedical engineer.” According to a press release issued by the company on November 12, the outcome of the contest was the result of “interactive voting from hundreds of Pacific Medical biomed customers and the biomedical community.”

La Brie was among three semifinalists for the designation, and, as first-place winner, will be flown by Pacific Medical to the California Medical Instrumentation Association’s annual symposium in January 2015 in San Diego, Calif. He will also be given a tour of the company’s facility in San Juan Capistrano, Calif.

La Brie’s career began as a medical logistics officer in charge of the Army’s disaster relief hospital in Italy, where he became fluent in Italian. He subsequently worked as engineer and research assistant at the University of Connecticut Health Center, as a disaster relief coordinator for Northwest Medical Teams International, and as director of equipment planning for Marshall Craft Associates in Baltimore. He joined Johns Hopkins in 2009.

La Brie has worked in a number of locations worldwide, both professionally and as a volunteer, including Rwanda, Moldova, Iraq, Uzbekistan, and Mexico, to develop and fund medical programs. In addition to his work as a clinical engineer, La Brie also serves as a management and investment consultant, managing portfolios via newsletter and active management. He earned a bachelor’s degree in electrical engineering at Lehigh University, and holds a master’s in biomedical engineering from Rensselaer Polytechnic Institute/Hartford Graduate Center as well as an MBA from Boston University.

According to Pacific Medical, the contest, which ended in October, was designed “to offer a unique and creative approach to engage and highlight clinical engineers.”

Pacific Medical is a provider of patient monitoring equipment, accessories, parts, and service, based in San Juan Capistrano, Calif.

So You Have a Hospital Network, Now What?