With the digital revolution taking place in the medical and information technology (IT) fields, you can find a high density of power-sensitive computers in hospitals. Patient-monitoring systems, computed tomography (CT), magnetic resonance imaging (MRI), ultrasound, computers, servers, and networking equipment are examples of this technology. Systems such as these make power-protection systems like an uninterruptible power supply (UPS) a critical necessity.

It is often difficult to troubleshoot problems with medical and IT devices that are attached to a UPS. The events that would cause the UPS to provide power to a device are not predictable. At our facility, Oregon Health & Science University, there have been instances when devices attached to a UPS would reboot or fail during a power-related event. When we tested the UPS, it would appear to switch over and work fine, so we needed to develop a way to check the UPS’ inputs and outputs during a power-related event to prevent an equipment failure.

A UPS has internal batteries to ensure that continuous power is provided to the equipment, even if the power source stops providing power. The UPS can provide power for only a short period of time, typically a few minutes. That is usually enough time to ride out power-company glitches or short-term outages. Even if the outage is longer than the UPS’ battery life, this enables the equipment to be shut down in an orderly fashion.

A UPS performs the following functions:

• It absorbs relatively small power surges;
• It smoothes out noisy power sources;
• It continues to provide power to equipment during line sags; and
• It provides power for a period of time after a blackout has occurred.

In addition, some UPS or UPS-and-software combinations provide the following:

Testing With a Datalogger
A datalogger is a device that records measurements—such as temperature, relative humidity, and voltage—over a period of time. This is an affordable and easy way to take data measurements to look for those unusual problems that occur that cannot clearly be replicated in a regular test environment. A datalogger interfaces with a personal computer, giving the user the ability to view the data and to control its function.

In adapting a datalogger to use as a UPS tester at our facility, the circuitry for measuring the AC voltage from the UPS was designed using the following steps:

The UPS’ voltage ranged from 120 volts ±10% (108 volts minus 132 volts) and the single-ended analog inputs were selected from -10 volts to +10 volts with only 20 volts of threshold, while the real voltage to measure from input and output of the UPS is -66 volts to +66 volts, and finally the voltage divider to decrease the voltage of the signal from ±66 volts to ±10 volts has an attenuation factor of 6.6; every volt that can be read in the computer screen will be 6.6 volts.

Another necessary step was to install a transformer to decrease the voltage and to put one step of electrical isolation with the AC power lines, followed by a divider to adjust the voltage to the threshold that admits the datalogger’s inputs.

The Divider’s Values
If the V line = 132 volts and R2 = 1 k ohms, the value of R1 will be R1 = 0.2 k ohms. The final conversion is: V line = 6.6 volts out. Now every volt on the screen is equivalent to 6.6 volts of the line voltage. Two transformers with the voltage dividers were installed—one for the input and another for the UPS’ output. The datalogger was interfaced to the computer through the USB port.

A long recording using the strip-chart recorder application was made waiting for the emergency generator in the hospital to be tested. This was used to determine if some power problems that we have experienced with the equipment were or were not associated with the variations of the voltage in the UPS. The data of all values in variations of the sampling rate was analyzed using Microsoft Excel. This made it possible to study the voltage variations in relation to the power line’s load and voltage.

In development is an application that will show the results of the pick values (positive and negative) of the signal from input and output of the UPS, which will make analyzing the data easier. 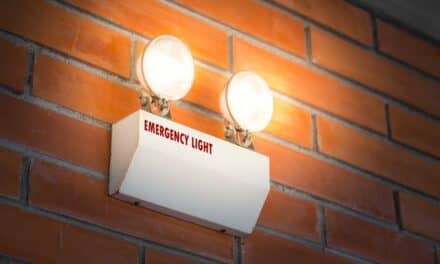 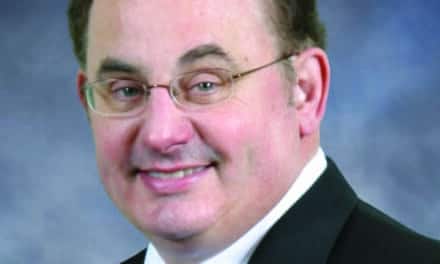