Dave Ogren is a unique member of the biomed community and a moving force in establishing new California Medical Instrumentation Association chapters. He relates his saga in a special feature.

After spending 3 decades in the biomedical equipment industry, Dave Ogren was happy to retire early. At age 57, he stayed in Reno and took up his favorite hobbies—fly-fishing and golf—on a full-time basis. He even became a master fly-fishing guide and traveled around the world to enjoy his chosen sports. What Ogren did not plan for, however, was growing restless with his now-ample leisure time.

“I was fishing and golfing five days a week, and frankly those things started to become a job," he says. “I had nothing to look forward to, whereas when I worked, those things were a reward.

“I’ve heard that people can retire too soon and that for some people it’s always too soon," he continues. “Maybe I’m one of those."

His restlessness may not have inspired him to go back to work, but something else did: the potential failure of his company, OMED, which he had sold to a group that was going to expand it and open up stores across the country. The group did not fare well, however, and OMED was soon in trouble.

“OMED’s focus was on buying surplus equipment at the hospital level and then remarketing it, but the buyers did not realize the extent of knowledge required to perform the company’s basic function," Ogren says. “It has to be about buying the right equipment at the right price."

To save his company, Ogren jumped back into the business that he had been involved in since 1965, when he began working in the biomedical equipment industry at Baxter Laboratories.

“I was part of the first wave of medical electronic development," he says. “[Baxter’s] electronics division introduced patient monitoring to hospitals, and when I was with them there was no such thing as a coronary intensive care unit. I helped develop that project at Baxter and that’s when I knew I was in love with medical electronics."

In 1969, Ogren moved on to the newly formed IVAC Medical Systems (now Alaris Corp), where he introduced the first IV infusion device in the United States. He joined IMED Corp (now merged with IVAC to form Alaris) 3 years later and served as the product manager for its first infusion devices. Ogren next joined Litton Industries, where he designed a marketing plan for a new division that focused on physiologic electronic monitoring for newborn intensive care.

“This was the advent of the transcutaneous oxygen monitor, so I designed a program around that, picked the product line, trained the distributors, and got the project rolling," he says.

After being involved in so many start-ups and new divisions, Ogren felt confident he could found his own company. In 1980, he started OMED in San Diego, concentrating on buying equipment, refurbishing it, and remarketing it to end users. In most cases, the early sales were to air and ground medical-transport crews that purchased life-support equipment. In the early days of home health care, OMED also became very involved in equipping new agencies with IV infusion pumps.

“We helped companies get started too," Ogren says. “For instance, a clinical pharmacist from the hospital level was creating his first business and needed help in product selection and in finance. OMED was able to supply him with equipment on good credit terms so that he could pay for it over time. Ultimately we ended up with a large base of home health care companies, and a focus on biomedical engineering support and IV infusion pumps."

Ogren says other companies were doing the same thing around that time, and reselling used medical equipment became a budding industry. OMED, however, was unique in its ability to refurbish the equipment once it was purchased and make it ready for sale.

“My biomedical staff made used equipment patient-ready and then remarketed it and maintained it," Ogren says. “No one else did that."

In short, Ogren was able to develop a well-rounded model in his business niche. Not only did his company have the ability to find the right equipment at the hospital level, but the sales team also had the ability to find end users by calling home health companies, ambulance companies, and veterinary practices. At its peak, OMED had seven offices and 22 employees, and Ogren was constantly assessing supplies of equipment for uses outside the United States as well.

“Hospitals often will have a roomful of surplus equipment that they would like to liquidate," Ogren says. “If I see something that I’d really like to have to resell, I often have to take the whole room. In such cases, I end up with equipment that might have its greatest demand in other countries where there are emerging health care systems."

Ogren takes that equipment—which often includes patient monitoring systems, defibrillators, ventilators, and anesthesia equipment—and donates it to nursing schools, which then use it to build clinics and hospitals in third-world countries.

“There is still enormous demand for certain electronics, like IV infusion pumps, ECGs, and noninvasive blood pressure machines in veterinary medicine," Ogren says. “These devices are available new, but the problem is that vets are not dealing with reimbursement in their industry. They don’t have the budget to buy a new $5,000 piece of equipment when they can get the same thing used for $750. There is more used electronic equipment than there is new, and the smart administrator is recognizing how well that suits his budget."

Helping such industries is one of Ogren’s revised focuses as he re-enters the marketplace. When he came out of retirement to save OMED, new market pressures and competition, combined with his personal mission to retain some of his hard-earned free time, made Ogren decide to run his company quite differently this time around.

“I decided that I would limit my activity to the part I enjoyed the most: working with the biomeds in the California hospital system in seeking out used or surplus equipment, then selling that to other remarketers," he explains. “My job would be primarily to get the equipment out of the hospitals and into the hands of the remarketing company."

In order to do so, Ogren had to cover some ground, but he enjoyed getting out into the field again and driving up and down California. He also enjoyed speaking with many people in the industry—another fact he discovered during his retirement.

After moving to Reno, Ogren started attending more meetings of the California Medical Instrumentation Association (CMIA), which is dedicated to providing education, exchange of information, and promotion of co-operation among all groups related to its discipline. The organization offers programs at local community colleges and promotes ongoing education for its members.

Although he had been a member for more than 20 years, Ogren now found more time to attend Sacramento chapter meetings. He enjoyed attending the meetings so much, in fact, that he kept meeting minutes for the group on his laptop computer and then became an officer. This year, Ogren was named secretary of the CMIA state board, and he takes his enthusiasm for the group’s benefits along on his road trips to hospitals throughout the state.

“I love this job," says Ogren, who attends as many meetings a month as he can, traveling up and down the state to promote the organization. “I talk to people in hospitals about forming new chapters, getting the old-timers back into going to the monthly meetings."

In fact, Ogren has increased membership in the group over the past few years by 25%. The CMIA now boasts about 400 members and has seven chapters, two of which Ogren helped start: the Central Valley chapter, located in Modesto, and the San Diego chapter, which formed from an affiliation with the San Diego Biomedical Association. Ogren is also talking with biomeds interested in forming their own groups in Orange County, Central California, and Northern California.

“CMIA was such a draw to get me back in the business, and funding is important for any nonprofit, so I contribute to help with the scholastic program and various other programs," Ogren says. “The CMIA is quite prominent on my Web page (www.omednevada.com) because it’s so much a part of my life."

Through OMED, Ogren also contributes 10% of the purchase price of used medical equipment to CMIA. The funds are split between the local chapters, the state board, and the Frank Yip Memorial Scholarship Foundation.

Another outgrowth of being so involved in his field is realizing the changes that time has brought in the industry.

“In the early days, the biomedical department was the passport into the hospital," Ogren explains. “Manufacturers and service providers of medical electronics equipment had to see the biomedical department first and last because they were so much in control of what equipment went in and out of the hospital. I think that was a good thing, and that began my appreciation of the group. They are key contributors to the well-being of patient management because they were the ones that made sure the equipment was safe and appropriate.

“That role has faded because of the finance-driven controls of hospitals," Ogren says. “I am seeing something of a recovery, though, and a resurgence of the biomedical department’s role."

For example, although there are longer warranty periods for new equipment, those extended periods are not bypassing the biomedical department. Often the manufacturer provides the parts and the biomedical staff does circuit board replacement or basic repair.

Ogren’s greatest realization, however, is how happy he is to be working again.

“I think I’ve learned my lesson: I need to stay involved, especially with the CMIA, and that leads me to stay involved in this industry," Ogren says. “I’m happy funding scholarship programs or providing equipment to emerging health care. I’m happy being back in the industry I started with in 1965."

But the best part for Ogren? He can still be found fly-fishing 3 or 4 days a week on the Truckee River—25 feet from his front door. 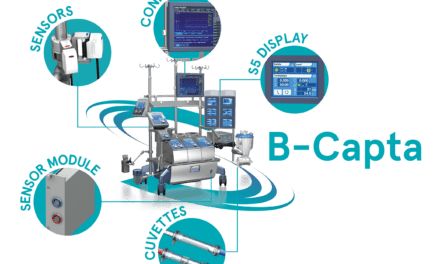 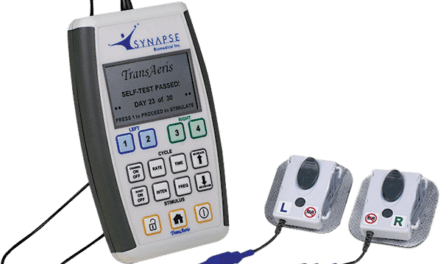