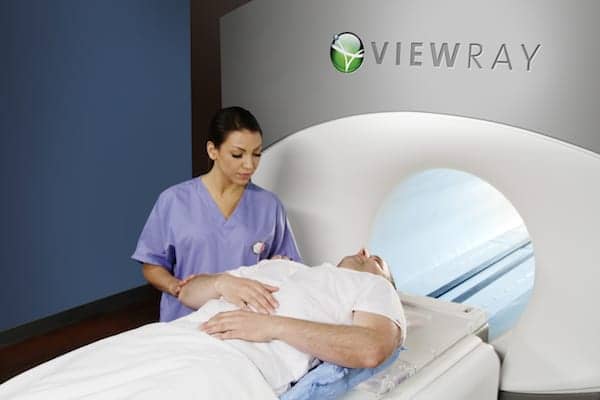 At the 2014 annual meeting of the American Association of Physicists in Medicine (AAPM) in Austin, Tex, this week, ViewRay is showcasing its MRIdian system. According to the Cleveland-based manufacturer, the system is “the world’s first and only MRI-guided radiation therapy system.”

The system is intended to improve the accuracy of cancer treatments by a combination of simultaneous magnetic resonance imaging (MRI) and radiation therapy delivery. With continuous soft-tissue imaging, ViewRay says, clinicians can clearly see the cancer target, monitor where the actual radiation dose is being delivered, and adapt to changes in the patient’s anatomy.

First patient treatments on the MRIdian system began in January  2014 at the Siteman Cancer Center in St Louis. Since the launch of its MRI-guided RT program, the center has treated a wide array of disease sites including breast, bladder, lung, pancreas, and stomach.