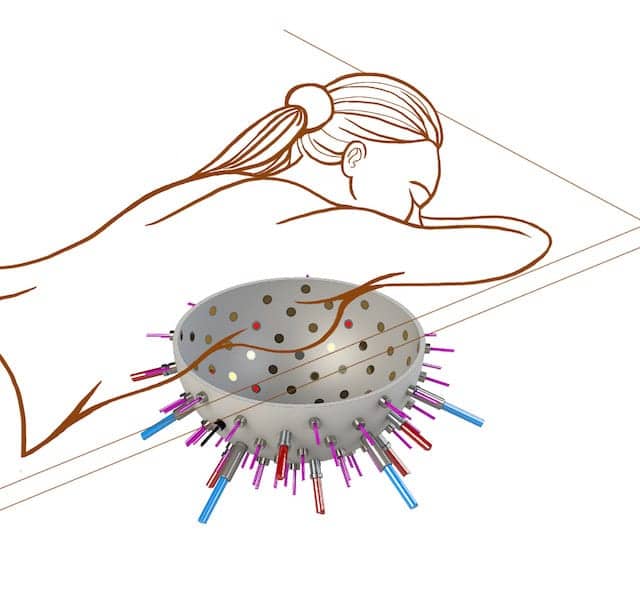 A new imaging system being developed by scientists at the University of Twente, in the Netherlands intends to remove the discomfort and uncertainty involved in a breast cancer diagnosis.

The device employs both light and sound together in a technique called photoacoustics, combining lasers and photonics with ultrasound detection.

The size of a hospital bed, a patient lies face down placing their breast snugly into the reader, a hemispherical ‘bowl’ lined with up to a hundred optical fibres, and several ultrasound detectors.

Multiple images of a suspect breast and tumour are then acquired from dozens of different angles before assembling the multiple shots into a single 3D image.

The Photoacoustic Ultrasound Mammoscopy for evaluating screening-detected abnormalities in the breast (PAMMOTH) hopes to lead the research into photoacoustic, real-time 3D imaging of suspicious lesions.

“We are creating an imaging device that we hope will reduce all of the stages involved in spotting breast cancer into one convenient appointment in order to reduce time, uncertainty, and the number of unnecessary biopsies,” says Srirang Manohar, project coordinator. “We intend to make breast cancer diagnosis a one-stop-shop, while you wait.”

The device works by sending short pulses of light into the breast towards the suspected lesion. Some of the delivered energy will be absorbed in the tissue and converted into heat, leading to transient thermoelastic expansion, or a mechanical push signal from the suspected tumour.

Ultrasound detectors on the surface of the breast, from the hemispherical reader bowl where the breast is placed, can then detect and measure these push signals before analyzing them on site. Here the imager can look into the hemoglobin activity within the suspected tumour.

Since tumors consume oxygen at high rates to survive, lower oxygenation levels around a suspect lesion could tell a physician that a suspect lump is more likely to be a malignant growth than not.

The imager employs a multi-wavelength illumination in the near-infrared wavelength region to extract information about blood oxygenation, using PAMMOTH’s own image reconstruction methods.

What Does it Take to Be a Senior BMET? 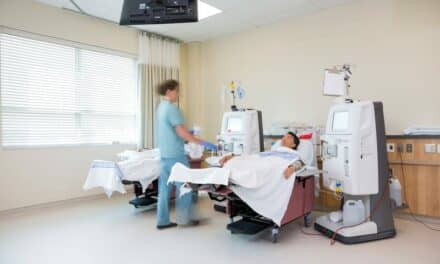