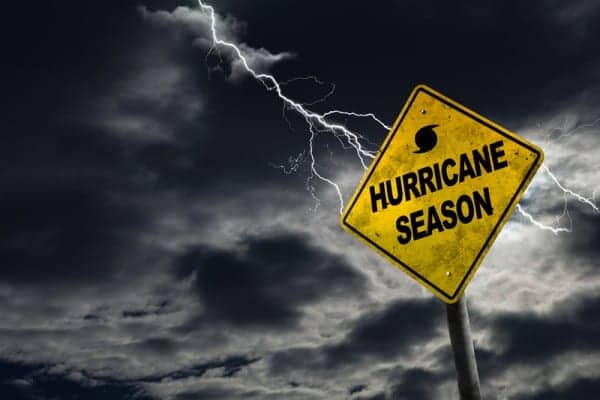 The “Big One” is coming; it’s just a matter of when. That, at least, is what Dean Reese, founder and CEO of Ready America, Inc, Escondido, Calif, tells the hospital administrators, clinicians, biomeds, and others who are willing to step inside what he calls the “Big Shaker.”

A mobile, self-contained earthquake simulator, the Big Shaker is designed to approximate what it would feel like to experience a magnitude 8.0 quake. Reese’s company makes safety fasteners organizations can use to prevent their equipment from crashing to the floor during such an event. It also offers emergency supplies, safety training, and custom-designed mobile response trailers hospitals can use in disaster scenarios. The simulator, he says, is the best way he knows to really drive home just how devastating an earthquake can be. “You should see their faces,” he says of the people whose knees have buckled from the Shaker’s wild rumble. “Their jaws just drop.”

And so does anything else in the room that’s not adequately secured—which is exactly Reese’s point. “In a major earthquake,” he says, “all that equipment and all those devices you think are too heavy to move—they’re all coming down.”

A Focus on Equipment

Hospitals, Reese notes, are “critical facilities.” Especially in the event of a large-scale natural disaster like an earthquake, hurricane, or tornado, “they can’t afford to close their doors” on the patients that need them, he says. Of course, to remain operational, those facilities also must ensure the basic safety of their own employees. Securing medical equipment through “seismic bracing” is a part of that. From there, in facilities that have prepared, the focus shifts to “business continuity,” where the healthcare organization follows a detailed plan of action meant to keep it up and running despite the difficult circumstances.

That plan is often coordinated by an internal emergency management team—a group of leaders, drawn from hospital staff, that has experience and training in disaster response. Sometimes, if they’re qualified, individual biomeds are a part of that team. Typically, however, it’s HTM as a whole that takes part in the preparation process, with work done day in and day out as part of the normal routine. The disaster-related mission for the biomedical department: Ensure that the equipment its clinicians will need is tracked, maintained, and easily accessible when disaster strikes.

“In our facility we’re considered to be critical employees,” says Krista Edwards, director of biomedical engineering at Southern Arizona VA Health Care System (SAVAHCS) in Tucson. “If there’s an emergency, we’re allowed and expected to be onsite.” The specifics of what she and her colleagues would be called on to do are not spelled out in advance, she says. Rather, there are “general guidelines” around first coordinating with logistics personnel and then gathering equipment according to need. At SAVAHCS, she adds, they’ve stockpiled additional life-support equipment that would likely be required in an emergency situation. A separate inventory of that collection is updated quarterly. “But we don’t set that equipment aside just for emergency use. We keep it in the regular rotation so we know it’s been maintained and is ready to go.”

They take an identical approach to disaster-equipment management at Huntington Memorial Hospital in Pasadena, Calif, says Izabella Gieras, the facility’s director of clinical technology. “It keeps everything current. If there’s ever a surge of patients, we can be sure we’ll have the service records in place and that every device we need is in working condition.” Keeping 25 extra gurneys stashed in a closet “isn’t realistic,” she adds. “We have those additional supplies, but we use everything, just like we’d use any equipment or medical device. And when something reaches the end of its useful life, we replace it.”

Disaster training at Huntington Memorial focuses on general preparedness, notes Jennifer Waldron, RN, the facility’s dedicated disaster coordinator. “We used to have our flood plan, our fire plan, and all our plans were separate. Now we take what we call an “all-hazards approach.” It’s an emergency-operations plan that can be used and customized to address any disaster.” The plan itself relies on an annual hazards-vulnerability analysis conducted by a multidisciplinary team, she says. “We talk about every possible potential disaster, from external events like earthquakes and tidal waves to internal threats such as a sewer backing up or a piece of equipment causing a fire.” The team looks at how the facility handled emergency-level issues over the previous year, “and if anything took place that we want to improve our response to, we put that a bit higher on our list of things to work on.”

That work itself includes multiple training days and both system-wide and department-specific, disaster-focused drills, Waldron says. “When you make preparation a priority, and you go through those drills and exercises and modify your plan as you learn from experience—that’s how you’re successful when a disaster takes place. Because you’ve been there, you’ve done it, and every person in your department knows what to expect.”

According to Gieras, the key to her department’s preparedness lies in its policies and procedures, which are scrutinized and updated annually. Part of that process entails contacting rental companies with which her department partners, and which might provide support in a disaster scenario. “Sometimes they merge or acquire other companies, or even just go out of business,” she says. “You don’t want to wait until a disaster-type of event to discover they’re no longer there.” Those vendors, Gieras notes, are preauthorized to supply specific equipment in the immediate aftermath of a catastrophic event. The idea is to make things move quickly—no waiting around to see who has what, or what it might cost.

Similarly, Gieras says, clinical technology employees who happen to be on call when a disaster unfolds are expected to respond immediately. “We don’t have staff here after hours or on holidays or weekends, but there’s a process in place—the Hospital Incident Command System, or HCIS—so that if they’re called in they know where to go.” In her own case, she adds, she would report to the Hospital Command Center to get her assignment and any useful information to relay to her team (if she was unavailable, another administrator would take her place). Beyond that, she says, “What we did next would depend on the situation.”

Another important aspect of disaster preparedness is system resiliency. When Hurricane Sandy hit the East Coast in 2012, recalls Justin Carron, a healthcare power-management specialist with Cleveland-based Eaton, many facilities wound up “relying on whatever diesel fuel they had available to power their generators.” Most ran dry within a couple days, and some were forced to transfer their patients to other facilities.

Since then, Carron says, Eaton has seen increasing demand for onsite cogeneration systems that would allow such facilities to remain operational during future “superstorms” similar to Sandy. “Our customers want to know that the system they have in place will do what they need it to do no matter what happens. If you have someone in your operating room undergoing an emergency procedure, you can’t afford to lose power.”

Healthcare’s total reliance on the IT infrastructure makes uninterrupted power even more important, Carron says. “We’re seeing a lot of customers who are just now realizing how vulnerable they’d be if their IT systems went down. The industry is so dependent on data, and it’s not only data within the four walls of the healthcare facility. [Facilities] need to be able to share all this information with all the different stakeholders, whether it’s pharmacy, health insurance companies, outside specialists and other doctors—the implications of an outage where you lose this data are enormous.”

To ensure redundancy and resiliency, the biggest facilities install elaborate emergency power systems that include “200 to 300 transfer switches and generators” that are inspected and certified on a monthly basis, Carron says. Many also install and operate their own data storage facilities: “They’ll either have one centralized data center or a series of smaller centers spread out across a region, or even across the country.”

Regional power outages are common in southern California, where Jon Sherman is a disaster recovery analyst in information services at Scripps Health, San Diego. “There is some kind of outage at least quarterly,” he says. “My job is to make sure that when we do lose power in our main data center, there is an opportunity to restore and rebuild services.”

His main advice for HTM professionals, Sherman says, is “to have a plan of action.” That plan, he suggests, should be written down, and should include a list of all vendors you commonly use along with their contact information and other relevant details. The document should also include detailed procedures for recovering applications that may go down when a disaster takes place. “If the people who are normally on the job aren’t there when it happens, you need to have that information available,” he says. And finally, if passwords are required to access certain devices, include a means for password recovery in the plan. “There is nothing worse than having to hack into your own system.”

The April earthquake in Nepal that killed more than 8,000 people and injured thousands more was especially devastating because of that country’s fragile infrastructure. (Worth noting: A Scripps Health medical response team traveled to Nepal shortly after the disaster to provide medical assistance as part of the multinational recovery effort.) Still, says Reese, of Ready America, that doesn’t mean that a similar quake here in the United States would prove anything less than a full-scale emergency. “A lot of people think that California is the only state that gets earthquakes, but pretty much the entire country is vulnerable,” he says.

That may be so, but according to biomeds like Edwards, facilities like hers in Tucson are ready for that day. SAVAHCS has never experienced a large-scale disaster. But should one arise, she thinks she and her colleagues are well prepared. “I mean, you can’t be completely prepared for all scenarios, but you can have that basic emergency infrastructure established,” she says. “If you know who’s in charge and who to go to for the information you need, you’re as ready as you can be.”

Gieras agrees. Outside of training, the worst “disasters” that she’s had to deal with at Huntington Memorial involved cut power lines and a severed fiber optic cable that wreaked havoc on the facility’s computer and communications systems. In that case, an administrator who was on call activated the Command Center. Key personnel were brought in immediately to make critical decisions about what to do next, and “runners” were used to hand-carry orders for medications and food.

When all was said and done, Gieras recalls, facility services were delayed only slightly, and their main challenge entailed working with the radiology department to bring downed imaging equipment back up to speed. That incident, Gieras notes, was hardly a disaster, but it was just enough to give her a feel for how things might go if the real thing ever hits. “Everyone knows what they need to do,” she says. “We’re ready.”

The Workhorses of Health Care Facilities 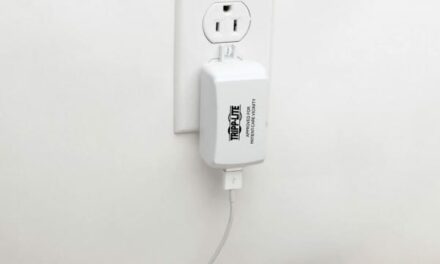 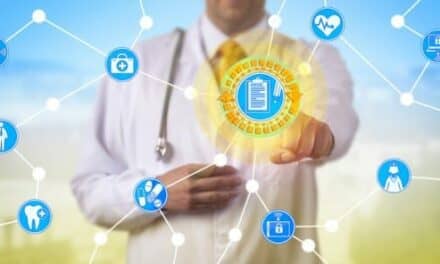 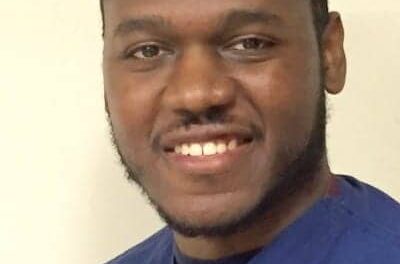