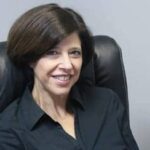 Most biomeds have a firm grasp on the technical aspects of their jobs, but for many, soft skills like communication and conflict management are harder to grasp. However, the ability to communicate effectively, both within and outside the HTM department, often plays a critical a role in biomeds’ success. For those looking to improve how they relate to others in the workplace, human resources specialist Abbe Meehan will be offering a range of sessions throughout AAMI 2015.

President of the TEC Resource Center on Long Island, NY, Meehan first spoke at AAMI last year with several sessions on customer service. She’ll return to that topic in Denver with a June 7 session titled “Communicating Effectively with Your Customers Face to Face.” Structured around the four principles of customer service, her talk will also address the stakes associated with an unhappy customer. “If a customer is dissatisfied, they could lodge a complaint against the technician or the organization. They could destroy the reputation of the tech, the department, or the company,” she says. “It’s really important that we address that dissatisfaction before it gets to that point.”

Most biomeds understand these potential dangers, Meehan says. But if a customer doesn’t directly vocalize their displeasure, biomeds may avoid confronting the problem head-on. Despite the potential for conflict, this tactic offers the best strategy because it gives HTM departments the opportunity to correct a negative impression. “When you can make something right for a customer there and then, they are much, much likelier to stay loyal to you in the future,” she says.

Not all conflicts arise from external interactions, however. HTM departments may increasingly face internal communication struggles due to generational shifts. Longer life spans and financial pressures from the Great Recession mean that in some facilities, four different generations now work side by side. In her June 6 session “Meet the Generations,” Meehan will outline the broad characteristics and professional values associated with the Traditionalists (born 1925 – 1942), whose military experience largely defined their respect for authority; the Baby Boomers (born 1942 – 1960), who seek personal fulfillment but still view work as a high priority; Generation X (born 1961 – 1981), which values technology and work-life balance; and Generation Y (born 1982 – 2002, also known as the Millennials) which tends to embrace a fast-paced, multimedia environment.

Even when all members of the department share the same goal, such as quality, demographics often drive an individual’s approach. When faced with a technology hurtle, Gen X and Gen Y-ers are more likely to hustle through it, while their Traditionalist and Baby Boomer counterparts may want to take things more slowly. As a result, younger employees might resent that they’re being prevented from moving on to other tasks, while older generations might worry that quality is being sacrificed for speed. “It can be really frustrating on both sides,” Meehan says.

On June 6, Meehan will moderate a New Employee Roundtable aimed at supporting recent entrants to the HTM field. The session will cover tips for how to retain new biomeds at facilities through their first years of employment. At the other end of the personnel spectrum, two back-to-back sessions on June 8 are targeted at helping managers learn to effectively drive their team’s efforts.

“Setting Expectations” helps department leaders establish clear goals that align with the needs of the organization, while “Performance Management” addresses how to deal with giving negative feedback to employees who may be falling short. Conflict-averse managers might struggle with how to deliver that message, which is why it helps to keep comments concrete, Meehan says. “It’s important to be very specific. You don’t say things like, ‘You know, you’ve really been slacking off.’ It sounds very judgmental, and the person can come back and say, ‘No, I’m not.’ You want to say what you can observe, because then you have a better chance of changing it. You can say, ‘I noticed you handed in your last four reports late.’ Then you can review what the expectation is.” She’ll offer advice for walking through problems step by step with employees in order to implement an effective solution.

As the HTM profession grows, biomeds are increasingly being called on to practice effective communication. Department-wide customer service initiatives frequently involve those dealing directly with the equipment and internal customers. As a result, biomeds can’t afford to be shy, she says. “They have to start lifting their heads up.”

Visit the AAMI Conference & Expo website for complete information on each session. 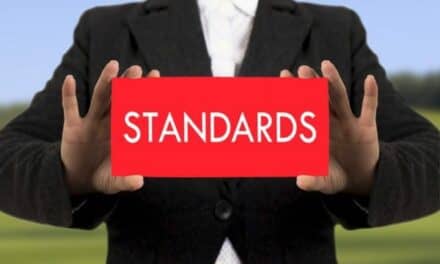