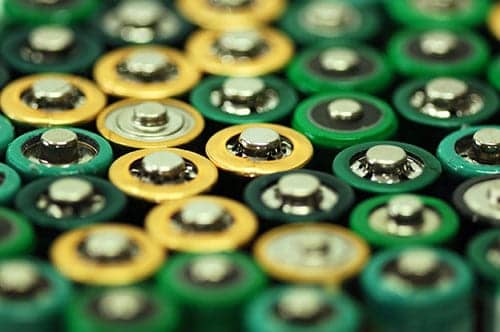 Blindly following device manufacturer recommendations for battery replacement can inflate costs without any increase in safety. There’s a better way.

In 2014 the Association for the Advancement of Medical Instrumentation (AAMI) commissioned a survey of the 10 top medical device challenges facing healthcare technology management professionals.

The survey results (which included responses from 195 hospitals) focused on some of the usual suspects such as connectivity and integrating data into electronic health records. But also finding its way onto the list was the issue of battery management.

“There is a growing awareness of the issue,” says Isidor Buchmann, CEO and founder of Cadex Electronics, a company that specializes in the design and manufacture of battery chargers and analyzers. “I think we’re going to see more [battery management] programs going into hospitals over the next few years. But we’re in kind of a transition period right now.”

A major problem, Buchmann says, is that batteries are often an afterthought when it comes to medical devices, despite their obvious importance. A portable device isn’t going to work without a battery and it is the part of the device that usually undergoes the most wear and tear. Yet, Buchmann observed, it seems that once batteries are installed they are often forgotten.

Furthermore, as he points out, batteries have relatively short life spans—they certainly don’t outlive the medical devices they help power. In fact, batteries begin to decline as soon as they leave the factory.

Why a Battery Maintenance Program? 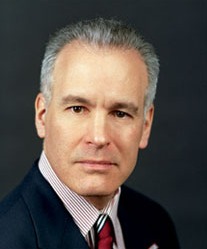 “Batteries are expensive,” says Jonathan Gaev, business line manager, Biomedical Benchmark at ECRI Institute. “That may not be news, but when you think of a clinical engineering department and you think of all the devices [it is responsible for], you’ll quickly come to the conclusion that you spend a lot of money on batteries for devices like defibrillators, mobile x-ray, mobile fluoroscopic systems, ECG carts, infusion pumps, transport ventilators.”

Drew Johnston, a biomed at St Francis Medical Center in Cape Girardeau, Mo, saw exactly how much some batteries cost a couple of years ago when he went through the budget process for lithium-ion batteries for Philips monitors and Site-Rite portable ultrasound devices.

Johnston explains that Philips recommends that those batteries be replaced 2 years after the date of manufacture or after 500 charging cycles, whichever comes first. “I went through the whole house and totaled up how many batteries we were going to need in that next fiscal year and it came to about a $56,000 battery order,” Johnston says. “I sent that up to the CEO and CFO and they kicked it back to me and told me to find a better solution, because that was not going to happen.”

What Johnston did instead was to invest in the development of a homemade battery testing station that he has set up in the biomedical engineering shop.

“The initial investment up front wasn’t really cheap, and I’ve added to it over the past couple of years,” he says. “But it has paid for itself many, many times over.” In fact, in the case of budgeting for Philips batteries, Johnston says he was able to reduce the budget from $56,000 to $12,000.

“And after 2 years, we probably still haven’t used up 50% of those batteries replaced for that replacement cycle,” he says. “That year I wanted to make sure I was covered on battery stock because you don’t want to have to go back and ask for thousands of dollars you haven’t budgeted for. I was skeptical of how few we were buying but now I know how the batteries perform, and I feel comfortable with how few we have to buy.”

“It’s ironclad stuff,” Johnston adds, referring to his testing system. And though the manufacturer is telling him he needs to replace a battery every 2 years or 500 cycles, “if I can show CMS (the Centers for Medicare and Medicaid Services) or the Joint Commission that I can read the battery and it shows me exactly how much life it has, you can’t argue with it. And it’s better than just throwing away money on batteries.”

There is another way to save money on batteries, Gaev points out, and that’s by purchasing batteries from a third party instead of from the manufacturer.

“If you cleverly manage the purchase of these batteries you can save anywhere from a third to half,” he says, adding that it can be done without compromising patient care. There are times when that won’t be possible, particularly if the manufacturer requires the use of the manufacturer’s battery in the device in question. But, as Gaev notes, there is unlikely to be a significant difference between third-party batteries and those of the manufacturers with regard to issues involving patient safety. And the purchase of third-party batteries “can save hospitals thousands of dollars.”

Buchmann says that he often gives talks about battery maintenance and asks biomedical technicians a simple question: At what capacity should a battery be replaced? “And usually I will get a roll of the eyes, or a shrug of the shoulders,” Buchmann says.

David Marlow, CBET, senior biomedical technician at the University of Michigan Health System in Ann Arbor, Mich, says that while his biomed colleagues may be thinking harder about the issue of battery maintenance, “there is, in general, a lot of confusion about it.”

For example, when it comes to replacing batteries, Marlow points out that some departments will take a conservative approach and simply follow a device manufacturer’s recommendations.

But, Marlow says he knows of one situation involving a life support device with a backup battery where the original battery is no longer being manufactured. “The original was a very good battery and other companies are making knockoffs of it, but the knockoffs aren’t very good,” Marlow says. “Yet the [device manufacturer] hasn’t changed its recommendation. I know the device very well, and I know the battery very well, and I know you have to change the battery in this device every year, but other places don’t think they should because the manufacturer says it has a 3-year expiration date.”

Buchmann calls this management by date stamping—basing battery replacement decisions on the date listed on the battery. It’s certainly a simple solution, he says, but has obvious flaws.

For one thing, some batteries are constantly being used, while others are only used sporadically. And it stands to reason that busy batteries may fade before an expiration date, while others could last beyond that time.

Buchmann says that defibrillator lithium-ion batteries should last at least 5 years but that failure could be possible after 2 years because of heavy use. So manufacturers will put a date stamp of 2 years on these batteries.

The result is that hospitals end up getting rid of batteries prematurely—as Johnston found out—which increases costs and has an environmental impact as well.

For example, Buchmann recounted a conversation he had with an environmental official who inspected a recycling plant and discovered that 80% of the batteries arriving at that plant still had at least 80% capacity remaining.

The reality, Buchmann says, is that without some kind of strategic plan some batteries are going to be replaced too soon, while others may not be properly maintained, which could lead to device failures.

That could be a problem for some biomeds who lack sufficient knowledge and expertise to manage rechargeable batteries. According to Buchmann, some of the steps biomedical engineering departments should take to maintain battery health should include:

This kind of structured battery maintenance program could be beyond the capacity of many biomedical engineering departments. “There is a growing awareness that [biomeds] need to pay attention to this,” says Bruce Adams, vice president of sales for Cadex. “But there is a logistical issue here and with the way that healthcare is structured—they really don’t have the time or manpower to really be dedicated to dealing with batteries. We’re starting to see the creation of infrastructures to deal with it.”

In the meantime, biomeds are left to deal with a situation that can be pretty complex.

So anyone looking for consistency in the way batteries are managed is bound to be disappointed.

When Johnston began thinking about establishing a testing program he began calling various hospital biomedical departments to see what kinds of procedures they used. “Some of them said their procedure was to replace all batteries—no matter what the chemical or compound—every 2 years,” he says. “Others said they replaced batteries as soon as they fail.”

Johnston says that his department wanted to take a more proactive approach, for a number of reasons.

“It kind of depends how you want to portray your shop,” he explained. “You don’t want to have equipment that tends to fail and has a lot of downtime, because you’re going to get a bad reputation [within the hospital when] you let it get to that point.”

Additionally, at a time when hospitals are practicing fiscal restraint, it is to his department’s benefit to show it is cost effectively—and safely—managing batteries, he says, “particularly when you see a lot of outsourcing going on.”

Yet, even when it’s shown that a testing program can cut costs, some biomed departments may hesitate to fully invest in one. For example, Gaev says some departments might choose to live with prematurely disposing of defibrillator batteries after a specific interval (such as a manufacturer’s recommended interval) because of risk/benefit calculations, even though they may last longer. “There is a lot of money spent on batteries,” Gaev says, “but remember that any battery can fail at any time, even right after you test it, so you always need to have a plan to address battery failure, especially for life-support devices.”

“You would like to test batteries regularly, but you just can’t,” Marlow says. “But, if you do test enough similar batteries in similar units that are used in similar situations, you can get an idea of how long they last, and then change them on time.”

“I like to test batteries after we remove them,” Marlow adds. “I want to see how good they are when we remove them to get an idea whether we changed them at the right time, or did it too soon, or waited too long. So, I really believe in testing batteries, but you can’t test them all—there are just too many devices.” 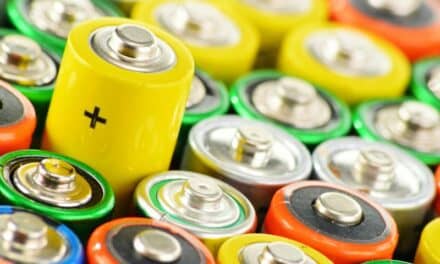 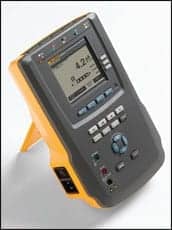