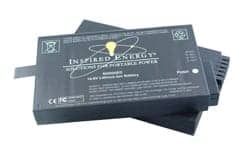 As battery technology has improved over the years, medical devices have taken advantage of the advances. One result of this trend is the many fully mobile devices we now see that previously had been permanently tethered to the wall by an AC cord. A good example is the medical ultrasound unit that used to be a large trolley full of equipment operating solely off AC power, and which provided a fuzzy monochrome picture needing expert interpretation. Today’s most advanced ultrasound units resemble laptop computers and offer clearly identifiable images.

Smart batteries represent one of the key advances in battery technology. These products incorporate a microprocessor to monitor the battery’s state of health and to control the charge when the battery is plugged into a smart charger. Effectively, each smart battery includes a microscopic voltmeter, ammeter, and thermometer. The on-board microprocessor uses the inputs from these to run the fuel gauge, the state-of-health monitoring system, the charger control system, the on-board active cell protection system, and the communications. A smart battery will typically have four or five terminals instead of the conventional two terminals (positive and negative). The additional terminals allow for two-way data communications among the battery pack, the host device, and the charger. In addition to the active (electronic) protection provided by the microprocessor, each battery pack also includes passive (electrical) components to provide a multiple-redundant safety system.

In 1995, an industry consortium was formed to create a standard for smart batteries. In so doing, they created the following standards:

Together, these three developments define the smart battery system (SBS).

In those early days, there were two competing battery chemistries: nickel-metal hydride (NiMH) and lithium ion. For that reason, the smart battery system was designed to be independent of battery chemistry. This has proven to be a fortunate decision, because it means that new battery technologies can be incorporated directly into compliant systems and retain backward compatibility.

More recently as new technology has emerged, the consortium has created the Smart Fuel Cell Specification, which enables fuel cells to converse with battery packs, devices, and chargers to create a self-governing power system. In this system, all components seamlessly operate together and provide the user with accurate, real-time, system-monitoring information.

Although certain manufacturers have proprietary battery communications systems, the chemistry independence offered by the SMBus, SBDS, and the SFCS will ensure that the smart battery system is well-positioned to continue to be the prevalent global system for many years to come.

Smart chargers allow a smart SMBus battery to take over the charge control function. In this way, the charger can be thought of as a configurable power supply that takes its instructions from the battery pack.

As a result, a user can plug in a 10-series-cell NiMH smart battery and it may request a 2-amp constant-current charge. The same charger will also accept a 1-series, 4-parallel lithium-ion battery, which may request a constant voltage of 4.2 volts with a 3 amp current limit. In each case, the compliant charger configures its output to suit the request from the battery.

This approach has several distinct advantages:

If the battery is either hot or cold, it will request a lower charge rate to avoid cell-level damage. This is dynamic, so as the battery cools down or heats up during charge, the charge rate is adjusted to compensate and ensure that the cells are never charged at an inappropriate rate. This is a safety feature and also prolongs the life of the battery pack in use.

It allows older cell chemistries such as NiMH to use the same charger as current lithium-ion cells.

It allows for future cell chemistries to be used. For example, if the “dirt and air” battery were to be invented tomorrow, the SCS-compliant chargers would already be suitable, because the battery would request the charge it requires and the charger would deliver it. This is already yielding benefits in that some of the latest lithium-ion cells charge up to 4.35V per cell, whereas current cells charge to 4.20V per cell, and compliant chargers can handle this change without any compatibility issues.

If a noncompliant battery or a deeply discharged smart battery is plugged into an SCS-compliant charger, the charger will receive no instructions from the battery. The charger will then give the battery a gentle wake-up charge at a very low level. The battery should respond to this wake-up and begin broadcasting its charger requests. The presence of an identification pin in the battery connector will determine the length of time that the charger attempts to wake up the battery before giving up. If a lithium-ion battery fails to wake up and begin broadcasting its charge requirements, then an error light will show on the charger, indicating that it is time to replace the battery.

Smart Battery Data consists of 34 separate data fields (Figure 1,page xx), including fuel gauging, assessing the fuel gauge accuracy, battery diagnostics, aging data, warnings, and charger control, and all this on-board monitoring can be put to use to help the end user get the most out of their battery pack. The battery display on any given medical device will depend on which of these battery data fields the device manufacturer has chosen to implement.

Battery fuel gauging can not only deliver a percentage state of charge that can be displayed as the typical bar graph, but it can also tell the user how many minutes of run time remain. This is a dynamic value that adjusts according to the rate of discharge of the battery in order to retain maximum accuracy.

In some applications such as cell phones, a simple bar graph is sufficient. Other applications have a greater need for accuracy. For example, in a medevac helicopter returning to the hospital, it can be critical to know how many minutes of runtime remain in each of the battery-powered patient monitors and life support systems.

For mission-critical jobs, accuracy in fuel gauging is important. Smart batteries keep track of their fuel gauge accuracy and take this into account when calculating runtime information. This avoids the possibility of surprise low-battery situations.

During continued use, the fuel gauge can lose accuracy. There is a system on board to monitor gauge performance and inform the user when a fuel gauge recalibration is needed. This is analogous to navigation by dead-reckoning. After a number of different compass headings and waypoints, the measured position will deviate from the true position, and a GPS fix is needed to re-establish the exact position.

Some smart chargers incorporate a fuel gauge calibrator for this purpose. The most modern smart batteries also have the capability to recalibrate their fuel gauge during use, and this can reduce or even eliminate the need for recalibration in a desktop charger.

Battery diagnostics can be used by service centers such as biomedical engineering departments to assess the general state of health of a population of battery packs. A snapshot of the battery data can be taken and then analyzed to assess its current performance. As each battery has a unique serial number, every battery in the population can easily be monitored throughout its life. If more detailed examination is required, the battery data can be logged during real-life charge and discharge cycles to measure performance. This data can also be sent to a spreadsheet to generate performance graphs, or for further analysis of the battery communications messages. Figure 1 shows this type of battery monitoring system along with the typical results from a battery.

Manufacturing data form part of the standard battery data fields, providing information about the manufacturer of the battery and its date of manufacture, etc. This can be used by a service center to record statistics from differing suppliers. Also in this category are some fields that are accessible only by the manufacturer and that are used to help determine the cause of a failure. For example, the highest temperature and highest current experienced by the battery are permanently recorded, since they may provide critical information about the life of the battery in the application.

Remote monitoring of the battery data is also possible, with the data being collected and monitored remotely as part of a service contract for a population of smart batteries. In this way, each battery’s data can be forwarded back to the manufacturer each time the battery is plugged into the charger. The manufacturer can thus tell in advance which battery packs are nearing the time for replacement and send out replacements to avoid downtime.

End of life estimation is also possible using the smart battery system. The capacity of all rechargeable batteries will degrade during use. This means that the device runtime gets progressively shorter as the battery ages. There are no hard and fast rules about when to change a battery in a device. Some applications will operate satisfactorily when the battery capacity or runtime has dropped to below 50% of the original, but other applications cannot tolerate a runtime that drops below 80%. Fortunately, a smart battery can be used to provide an assessment of when it’s time to replace it. 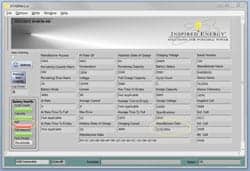 Figure 1. (Click to enlarge)In the example shown in Figure 1, for instance, we can see that the battery pack is old, but is still in serviceable condition. The cell stacks are balanced, the battery has only gone through a couple of cycles, and its full charge capacity is healthy in comparison to its original design capacity. We can see that the Max Error value is reading 10%. Because this is used to assess the accuracy of the fuel gauge, a fuel gauge recalibration is recommended to drop the Max Error back down to 1% or 2% and restore accuracy. Once this is done, this battery can be returned to use. Each application should establish its own replacement criteria, but at least two of the battery health monitors should be in the red zone before the battery is replaced.

A Point of Confusion

The similarity of battery packs often causes confusion. The range of portable medical devices is huge, and there are many different battery packs powering them. Sometimes these battery packs share the same physical dimensions. This is often a result of the high costs to develop, tool, and certify a new custom lithium-ion battery pack.

Many medical device manufacturers will use a standard SMBus battery in their medical device, but increasing numbers start out with a standard SMBus battery, then make changes to suit their particular device. These customized batteries may have higher discharge currents, modified battery firmware, higher-capacity cells, and other changes. Some may even have electronic locks preventing batteries built by unauthorized manufacturers being used in the device. The result is that not all battery packs that look the same will operate all the devices into which they will fit.

A good example is the Ni2020 battery. In the late 1990s, this product was jointly developed by Duracell as the DR202 and by Energizer as the Ni2020. At that time, the battery capacity was 5.4 Ah and the maximum discharge current was 3 A. Today’s version of this battery can store almost 9 Ah and deliver 8 A continuously. A modern medical device that uses all of the capabilities of the current Ni2020 will exceed the current rating of the earlier battery. In this situation, the current battery is backward-compatible, but the current device cannot use a battery with the earlier design.

All standard-size products that have been modified for a specific OEM application will be identified by a custom part number on the label. We recommend careful attention to match the correct battery to the OEM device for which it was designed, as this is the only way to ensure that the battery will operate the device correctly.

Smart battery technology offers exciting possibilities for the future of medical devices. Dr. McCoy’s tricorder remains the stuff of science fiction, but as the technology behind sensing and power sources improves, it may be getting closer to reality. 24×7 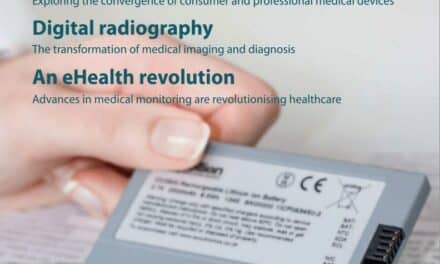