Which maintenance model will work best for your facility depends on its size, location, and competency.

There seems to be a great divide between proponents of in-house, outsourced, and cosourced biomed departments. Why do these opinions vary so much? And what do these experts cite as the advantages and disadvantages of the type of program for which they work?

A look into each kind of system shows that these programs may have more in common than it first appears. In fact, these experts agree that in the end, it all comes down to what works best for each individual health care facility.

Insourcing
Patrick Lynch, CBET, MBA, is director of the in-house biomedical engineering department for Northside Hospital in Atlanta. He says that unlike most hospitals, where each department is responsible for paying for their own equipment maintenance, Northside has transferred the costs from all departments into his department’s budget, which this year is $5 million. This, Lynch says, allows him flexibility in decisions, such as from where they receive service, whether they have contracts, and what materials they use. “It also relieves us of a lot of very tedious accounting procedures, trying to allocate costs back to various call centers,” he explains.

Before arriving at Northside, Lynch worked for outsourcer ARAMARK (then Premier) for 21 years—so he knows the “ins and outs” of both kinds of systems. He says his preference for insourcing or outsourcing depends on the hospital and its “personality.” “It’s just like whether you prefer a Cadillac or an SUV,” he says. “Different people have different tastes; different hospitals have different tastes.”

He believes that if an in-house program has a good manager, it can work very well. But managers need to stay motivated, take risks, and focus on their employees.

“To run an in-house program, you have to be able to attract good employees and keep those employees,” he says, adding that he’s only lost one biomed in the last 7 years. “One major thing I can attribute that to is we spend a lot of money training our technicians.”

He says the biggest complaint he’s heard from biomeds at other hospitals is that they are not getting enough training. “People say, ‘My skills are getting old, and I’m frustrated and feeling like my value is decreasing,’ ” he says.

At his hospital, Lynch says he has $200,000 per year to spend on training his staff. “Our technicians like it,” he says. “They know that I will do everything I can to keep them on the cutting edge of the technology—and that’s why they’re in the field. They’re technical guys who like working on things. And we’ve got virtually no limits to what they can work on.”

Outsourcing
One of the major advantages of outsourcing is “economies of scale,” says Malcom Ridgway, PhD, CCE, senior vice president of the independent service organization Masterplan, which he founded in 1974. The Chatsworth, Calif-based company provides biomed services in 32 states, with more than 100 different clients of all sizes. An example of an economy of scale, Ridgway says, is how his staff can usually purchase parts for 100 accounts at a lower price than an in-house program could for just one department.

“We provide support more efficiently because we do it for so many other people,” he explains, adding that this idea carries over into other areas, such as manpower.

“People go on vacation, people leave, so to draw on a [larger] manpower pool is a great convenience,” he says, adding that an in-house department that loses a technician has to go through a more difficult process to recruit a new employee.

“[Human resources] departments in hospitals don’t always understand technical people, and they don’t bend over backward to make it easy for you to recruit these people,” Ridgway says. “Because we specialize in doing that, we don’t have that kind of problem.”

Many hospitals have asked Masterplan for a bid, Ridgway says, simply to compare costs and find out whether they have a good deal staying in-house. “In our experience, virtually every hospital is willing to look at an outsourcing option for no other reason than to benchmark the cost and the quality of their in-house program.”

Lynch also sees benefits in outsourcing, but only when a hospital uses a reliable company. “If you outsource your biomedical program, and if it’s a company that’s stable over time, you’re going to have a much better program over the long haul,” he says, explaining that, “If you go with a company that does this for a living, that has been doing it for a number of years … they tend to be very consistent.”

Cosourcing
Some health care facilities choose to use a combination of in-house and outsourced biomed services. Cosourcing systems like this can range from an in-house department contracting out maintenance of some of its equipment, to companies that are dedicated to one facility but are still an outside entity.

One firm that operates this way is Michigan-based Beaumont Services Co. Chris Leger, manager of its service mode administration program, says it is a fully owned subsidiary of the Beaumont Hospital system.

“Basically, [Beaumont] pulled the maintenance departments—facilities management, development, construction, and planning—and the biomed and clinical engineering departments, out of the hospital and into a for-profit company,” Leger says.

This means that most of the Beaumont Services staff was previously employed at the hospital—so it has that in-house feeling—but it’s an independent business with its own human resources department and support services.

Leger says cosourcing can be the “best of both worlds” because the company can have the business efficiencies of an outsourced provider, while at the same time, “We’re all hospital people, and we’ve grown up in this environment,” he says. “So we know all of the safety considerations and all of the clinical needs.”

While Beaumont’s size and complexity wouldn’t work with any hospital system, Leger says, the idea of cosourcing can work for many different kinds of facilities.

“The depth of a cosourcing solution is dependent on the size of the overall organization,” he explains. “But I think the concept is sound for any organization that has multiple sites or multiple buildings.”

Lynch agrees. “There are degrees of cosourcing,” he says. “In our hospital, probably about 10% of our work is done by outside people; but in many hospitals, as much as 90% is done by outside people. So cosourcing is a necessity, because you’re always going to need the manufacturer. You’re always going to need the specialist in a particular high-tech area that you may not have the training, the skills, the test instruments, or the spare parts to repair. Every situation is cosourced to some degree.”

Lynch says that while he does not think the different types of biomed departments greatly affect quality of care, in-house departments have an advantage when it comes to speed of service. “If I get a call that somebody is in cardiac arrest and they’re trying to defibrillate him up on the third floor, I can literally be on the third floor in 2 minutes,” he says. “There’s no way that I can go through a call center and have a repair person even answer the phone in that amount of time, much less get to the hospital to resolve the problem.”

Ridgway says the best thing any kind of biomed program can do for patient care is to be proactive. “If there’s an issue with a piece of equipment in a hospital, we take a lot of pains to train our people how to respond to that, so they show up well in those kinds of situations,” he says. “I think if your contractor is smart and just pays attention to those times when the spotlight will swing around to the biomed people, I don’t think there’s a huge difference between an in-house program and a contracted program.”

Regulatory Compliance
As far as how the different sourcing models adhere to accreditation regulations, Lynch says the Joint Commission on Accreditation of Healthcare Organizations “repeatedly states that it does not matter where you get your service from. The hospital is responsible for making sure that the person who works on the patient care equipment is well-trained, qualified, and up to date.”

His in-house department staff ensures compliance in a very systematic way, he says, but “tends to have problems when we have outside vendors who send lots of service tickets in, and we have to put them together,” he says. “It’s just more difficult to put different systems together for compliance issues.”

Ridgway counters that he has an entire staff that can research Joint Commission standards and then “share that wisdom” with more than 100 hospitals, which is more efficient than having to do all of that work for just one facility.

Making the Decision
For hospitals choosing between these systems, it seems the best thing they can do is look closely at their individual needs.

Leger says that if a facility develops a cosourcing model the way his company did, it has great potential for success. In his experience, “We learned to do the things we always did more efficiently, with less cost, with a better result, so in essence we supported the cost of our own development,” he says. “It’s a more economical model than an outsourced model, and it’s a more efficient model than an insourced model.”

Lynch says hospitals should look at what they do for their other support services. If a company already outsources environmental and dietary services, for example, it may make sense to outsource biomedical engineering, too. “If trying to create an in-house program is against [a facility’s] main philosophy, then to do that probably has a low possibility of success,” he says.

Ridgway says it can also depend on the size and environment of the facility. “If you’re a hospital in North Dakota, your choices are pretty limited. You really need a good in-house program,” he says. “If you’re a mid-sized program in an urban environment, you have every choice in the book.”

What it all comes down to, these experts agree, is who is running the program. “There are good and bad in-house programs, and good and bad outsourced programs,” Lynch says. “You have to find the right person or company to run it.”

He says the mark of a good manager is whether they can attract and retain good people. “You have to have somebody who knows the business, has experience in the business, can make good decisions, and is able to attract people who do good work.”

“Efficiency boils down to how well the program is managed,” Ridgway agrees. “And I don’t think any one of these models has an exclusive lock on good management.” 24×7

Sarah Schmelling is a contributing writer for 24×7. 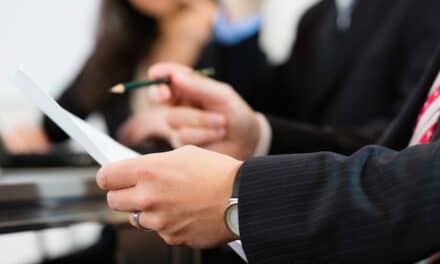 The FDA Wants YOU to Comment on “Third-Party” Repair