Over the last several months, I have spoken with a number of third-party service providers, which serve all facets of the medical industry. When discussing the economy, almost all of them respond similarly: with hospitals looking to save money, more and more frequently, they look to third-party service companies to repair existing equipment in an effort to avoid significant capital expenditures. However, a recent interview with Denny Durmis, VP of Global Service Business, MEDRAD, revealed a different take on how the economy is affecting his business.

In the last few years, Durmis has seen hospitals taking a risky approach to service contracts. Rather than undertaking the capital investment in new equipment or paying for service agreements on existing equipment, some facilities have been doing risk assessment and forgoing any coverage on their systems in the hope that the equipment won’t fail. This high-risk model can yield noticeable gains or significant costs and as such, may not be undertaken by many facilities. But Durmis has seen the trend frequently enough and believes it may be diminishing as the economy shows signs of recovery.

Has your hospital or biomed shop taken on more risk since the economic downturn? Was the prospect ever presented as a legitimate alternative to the traditional model? And if your shop has decided on this approach, do you expect to change your model in the coming future? 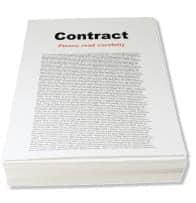