Researchers at the University of California, Davis, have found that routine information in electronic health records (EHRs) can be used to predict the early stages of sepsis in hospitalized patients. Their findings indicate that just three measures—lactate level, blood pressure, and respiratory rate—are sufficient to show which patients are most at risk of dying from the condition.

“EHRs have become essential resources for providing relevant information on patients’ medical histories and improving the quality of care,” said study coauthor Tim Albertson, chair of the UC Davis Department of Internal Medicine. “We have shown that they can also be powerful resources for identifying best practices in medicine and reducing patient mortality.”

In conducting their investigation, the researchers analyzed data from the EHRs of 741 patients with sepsis at UC Davis Medical Center during 2010. They found that vital signs combined with serum white blood cell count—measures routinely taken for hospitalized patients—could accurately predict high lactate levels and sepsis. They also found that lactate level, blood pressure and respiratory rate could determine a patient’s risk of death from sepsis.

The researchers’ findings have been published in the Journal of the American Medical Informatics Association, and can be downloaded from the publication’s website. 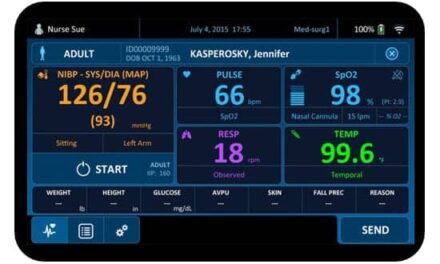 Getting What You Want