Making the Transition from Battlefield to Hospital

Biomedical equipment maintenance technicians (BMETs) first learn their trade in a variety of ways, but probably none receive training more intense than that provided by the US military.

The military biomed training program takes place at the Medical Education and Training Campus (METC) at Fort Sam Houston in San Antonio, which is considered to be the largest health care training center in the world. METC offers 64 medical programs in 180 classrooms to more than 7,000 students from the Army, Navy, Air Force, and Coast Guard on a daily basis. More than 20,000 medics, corpsman, and technicians—including BMETs—graduate from METC every year.

BMET training is fairly standard across the services, although the length of training can vary. Army and Air Force students have 205 training days at the campus, while Navy students have 270 training days. Students get college credit from their training at METC, which can be applied to college degree programs.

“One thing that’s different [for military veterans as opposed to civilians] is many of the courses and training they take while serving are short and intense,” says Roger Bowles, MS, EdD, CBET, a professor and department chair of the biomedical equipment technology department at Texas State Technical College in Waco. Add in the fact that BMETs are learning their craft while also operating in a military environment (and while the nation has been fighting a number of wars), and it’s apparent that being a military biomed tech can be a unique experience.

A Foundation for Future Success

Brian Poplin, CHA, FACHE, CBET, graduated from the Air Force School of Health Sciences with training as a biomedical equipment maintenance technician in 1990. (The Air Force, Navy, and Army BMET programs have since consolidated into the program now based in San Antonio.) He leveraged that training into undergraduate and graduate degrees, as well as a PhD in health administration policy, and was recently named president and COO of Medical Staffing Network. He previously worked 18 years for Aramark, the last 4 as president of its health care technology outsourcing business.

Poplin entered the Air Force around the time of the first Gulf War, and got his training while his more experienced colleagues were being deployed to the Middle East. “So I had the experience of learning how to be a biomedical equipment technician at the same time I was also working through what a country at war looks like,” he says.

The fact that so many BMETs were deployed overseas also meant that when Poplin finished his training he had to hit the ground running when he was assigned to Shaw Air Force Base in South Carolina. “I’ll never forget it,” he recalls. “My first day at the hospital my boss says, ‘I’d love to give you a tour and get you set up, but there’s an elective surgery unit in the OR that needs to be fixed. Can you go up and see if you can take care of it?’ So I really got thrown into the fire, but it really taught me how to think on my feet and attack a challenge head on.”

And that’s one of the real benefits of military BMET training, Poplin says. It’s true that much of what a military BMET does is comparable to what his or her civilian counterpart does on a daily basis. But the readiness element of military life is something that can’t be replicated in the civilian world. Poplin points out that being deployed or going on an exercise means more than just maintaining x-ray equipment—it also involves everything from setting up generators and temporary shelters to driving 10,000-pound forklifts. “It means being prepared to do anything,” he says.

Poplin says his military education also positioned him well for future success, both academically and professionally.

“If I had gone into a normal 4-year college out of high school, I probably would have spent most of my time drinking and chasing girls,” Poplin says. “What the military taught me is that I have to focus and follow a routine. I found out that I could methodically work my way toward goals through planning that was very well thought out.”

Thus, when Poplin left the Air Force in 1994 and joined Aramark, he was able to earn undergraduate, graduate, and doctoral degrees. He did so not only while working full-time, but also as he was advancing within the company to the point where he was running a half-billion-dollar business. “And I was able to do that because the [Air Force] school taught me how to learn,” he says. “When I decided to get my doctorate, it took me 4 years while I also worked full-time. Aramark was tremendously supportive. But it was that military school foundation that gave me the confidence that I could take on the additional workload, because I had learned how to prioritize, how to follow a schedule, and how to be disciplined.”

Like Poplin, David Howard has turned his experience in the Army into a civilian career. Howard joined the military in 1993 and was discharged in 2001, reclassifying as a biomedical equipment maintenance technician in 1998 after deciding that was training that “easily translated into the outside world.”

After his discharge, Howard worked for several health care-related companies, such as Cardinal Health. He only moved back into a hospital environment when he joined Aramark in 2009. He now works in the biomedical engineering department at Dallas Regional Medical Center in Mesquite, Tex.

At Aramark, Howard has taken advantage of the company’s relationship with IUPUI (a campus of Indiana University and Purdue University Indianapolis) to pursue a bachelor’s degree in biomedical engineering technology. Many of the courses are delivered virtually through an Internet classroom called “Oncourse,” which allows Howard to pursue a degree even though he’s about 1,000 miles away from Indianapolis.

Howard would eventually like to get a management job, and while “someone with my experience could probably get something like that without a degree, I figured it would be easier for me to get those management jobs if I had a degree. Plus, if I’m going to do this for a living, I’d just like to have the degree.”

Howard began the degree program and was able to use credits earned in the Army BMET school to start the IUPUI program as a junior. Poplin used credits earned in the military as well. “That’s was important for me,” Poplin says. “In my bachelor’s degree, a majority of credits transferred over. It wasn’t 100 percent, but it was pretty close.”

ranslating Military Training to College—and Beyond

Military credits aren’t always so readily accepted, according to Elizabeth Kay Wager of IUPUI’s department of technology leadership and communications, organizational leadership, and supervision. Accredited engineering and technology programs can be limited in their ability to recognize and apply ACE-recommended military credits toward course requirements.

“General education degrees, leadership, and a few select academic programs offer options for veteran learners to apply prior learning credit toward degree requirements, but most military training and specializations do not provide the theoretical background required for success in advanced courses,” she says.

According to Bowles, if the veteran also served as a BMET in the service, then all the veteran would need to do is take the minimum number of credit hours that his school requires (25% of the degree) to award the degree. Most of these courses are academic, such as English and mathematics.

For other veterans who have not taken the DoD biomed training, Bowles says his school will look at courses and experience that will transfer, such as electronics and computer training. If they already have the training and experience that translates in the school’s degree program, then they shouldn’t have to take those courses. “But we interview them to make sure they are comfortable with transferring that credit in,” he says. “For example, if they have electronics training but have not used it in 10 years, will they be comfortable going into a class where certain electronics knowledge is a prerequisite?

Having visited the military biomedical training facility, Bowles adds that, “We know that it is some of the best training available in the world.” His program’s goal, he says, is to help military BMETs “meet their objective of getting the degree in the shortest amount of time possible, but also have the knowledge and skills they need to put that degree to work.”

While individuals like Poplin successfully adjusted to post-military education, that doesn’t mean that the transition won’t be challenging for some veterans. As Wager puts it, they must make a difficult transition from a system “where all time and activities are structured from dawn to dusk” to one where they must make all of their own decisions and manage their own time. Since they must “often do this while searching for common ground with loved ones and friends,” she adds, “there are likely to be more than a few obstacles to overcome.” The challenge for higher education, then, “is to recognize the potential problems and provide support to leap over each hurdle.”

Wager says the first step is to develop a supportive learning environment. Veterans need answers, she says, but “they are not going to ask. So colleges, advisors, and administrators have to develop ways to connect to this student population.

“Veterans need to connect to other veterans who have survived the transition to college,” she points out. “Faculty and staff must be trained to identify cues that veterans are becoming disconnected and connect these students with the necessary people to overcome each barrier to reaching their academic goals. It takes more than one office or one person—it takes a department, a school, and a campus that is ready to serve those who served for us.”

As for transitioning into the civilian health care system from the military, Poplin thinks today’s veterans are well positioned to be successful. “I think you see techs coming out who have good experience…and are ready to hit the ground running and go to work,” he says. “They transition pretty easily.”

And those techs who have management experience in the military may have an even greater advantage when they re-enter the civilian workforce, Poplin says. “In some form or another, we’ve basically been a country at war for the last 10 years,” he points out, adding that while this provides challenges for military biomedical equipment maintenance managers, it’s also the kind of experience that will serve them well in the civilian world.

His military training taught him how to troubleshoot technical problems, Poplin says. Now, as a high-level executive, “I troubleshoot people problems rather than equipment problems.” As a manager, he says he always reaches out to interview, or at least have a conversation with, some individuals who have military experience, particularly in the clinical engineering field. And he believes that other managers also understand what that kind of experience can offer to an organization.

“People see the value of military experience,” Poplin says. And that value, he adds, is “very evident in the people you see coming out of the military.” 24×7 JUNE 2013 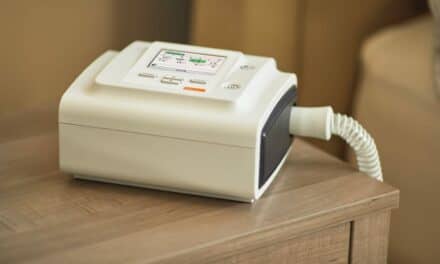 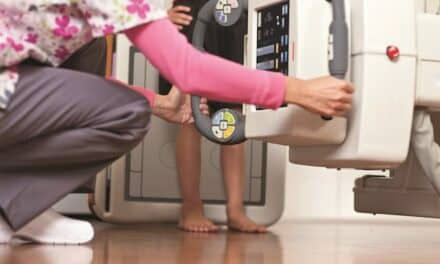