Back in 2003, the Indiana Biomedical Society was squeezing its annual conference into a tiny event center in Carmel, a suburb just north of Indianapolis. “It got so packed, we tried everything,” says Kelly VanDeWalker, vice president of the IBS and a senior technician at Community Heart and Vascular Hospital in Indianapolis. “We rearranged meals and vendor space and nothing helped. We had to do something.” A board member named George Gladding, now a BMET III at Franciscan St. Francis Hospital in Indianapolis, offered a simple fix: move the location downtown. “That was risky for us because we didn’t have a lot of money,” says VanDeWalker. “We said, if this fails, we’re done.” Fortunately, things worked out.

“We’ve never looked back. We had to turn some vendors away this year. Right now we’re busting at the seams,” says VanDeWalker. Since 2008, membership in IBS has nearly doubled.

This year’s January 25 conference at the Sheraton Hotel-City Center, “Growing Into a Profession,” is expected to attract approximately 225 members. Vendor attendance is up a third from several years ago. For the first time, organizers are planning to expand exhibitors into a second room. [For more information on the conference, visit the IBS website.]

It wasn’t always that way. When Karen Waninger stepped in as IBS president in 2008, “Our society had been sort of stagnant for a long time,” she recalls. Waninger, director of clinical engineering at Community Health Network, was concerned for the future of the society in a profession where the average age is around 40 years old and the organization’s longtime drivers were facing eventual retirement. “We weren’t drawing the interest of the new, young technicians. We needed people who are going to be around and have ideas and understand the new technology and the new communication strategies to take it to the next level.” 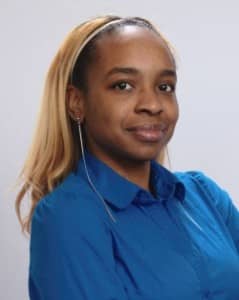 One of those people was Lanita Hill, who first became interested in IBS while working as a biomed at St. Vincent Hospital in Indianapolis. She began accompanying a coworker to board meetings around the same time that several experienced officers declined to run for reelection to give newer volunteers a chance to participate. Hill was elected secretary in 2012 and became president in 2013. “I’ve held leadership positions in almost every organization I’ve been a part of,” she says. “If I’m part of an organization and I reap the benefits, it’s a way to give back.”

Among the new leaders’ key goals was steering IBS away from print toward the electronic age. “We’re supposed to be leaders in technology,” Hill says. “Not many of the new people are reading paper.” Supported by an advisory council of longstanding members, the board built up the website, set up online registration payments for the annual conference, and enabled online streaming of their meetings. A Twitter feed pushes out alerts multiple times per week.

They also eliminated the print newsletter, which often took so long to arrive via snail mail that the news and events it highlighted had already passed. “The fact that it’s much more real-time and more dynamic adds a lot of value,” Waninger says.

Waninger and other long-term volunteers have stayed involved behind the scenes. This year, Hill formalized their role by creating an official advisory board to assist with additional duties. But lately their function has been largely honorary, Waninger says. “This year our new board has pretty much taken everything and run with it. Advisory council is very hands-off in comparison to previous years. We have a great leadership group.”

The Lay of the Land

IBS owes part of its success to the state’s geographic fortunes. Indianapolis lies squarely in the center of the state, approximately a 3-and-a-half hour drive from any border. Unlike other states where topography might pose traveling difficulties or expense, residents can get to the capital relatively easily and cheaply. Despite gathering each January (a month chosen for its lower rates), organizers have never had to cancel a meeting—though they came close 2 years ago, when an ice storm detained vendors in Nashville and Chicago and kept several biomeds at home. That year seemed to have more exhibitors than conference attendees, Waninger remembers. Other meetings have hit a comparatively balmy 60 degrees.

But even at packed meetings like the one last month, “our state isn’t so large that it’s hard to speak with people,” Hill says. “We’re small enough that you recognize people when you see them. You have a chance to have a more intimate networking experience.” Many members are field technicians who use the conference to network with contacts they’ve met on the road. And while annual meetings take place in Indianapolis, quarterly meetings rotate throughout different cities like Vincennes and Elkhart to avoid creating an insular environment.

“We know that we are a statewide organization and not just within the city. We need to make sure we reach people at every end of the state,” Hills says. “We feel like other members are able to say, ‘I can see the leadership. There’s someone over here by me.’ Everyone isn’t just sitting in Indianapolis talking amongst themselves.”

Meeting in the Middle 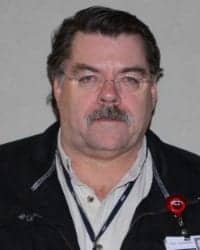 Much of IBS’ progress, however, lies in the leadership’s understanding of member needs. Like their colleagues in other states, Indiana biomeds face a rapidly changing work environment, constrained budgets, and the threat of layoffs. Recognizing that many attendees must pay their own way, the organizers have fought hard to keep costs low: an annual membership and conference registration runs only $55. The conference lasts one day so that attendees can avoid taking multiple days off work and incurring hotel expenses. Some of them, VanDeWalker says, work at “hospitals in small towns. They don’t get a lot of exposure to training and our annual conference is sometimes all they will get for the year. The conference is cheap enough that it allows them to come in and attend some sessions.”

The board and its volunteers have crafted educational and professional development opportunities to ensure their members are prepared for the challenges they face. Vendors regularly provide overviews of emerging technologies and insight into the competitive landscape. With biomeds increasingly called on to collaborate with IT departments, IBS has put a special focus on networking and device integration. The conferences try to meet the needs of both senior technicians and students, with managerial sessions on directives from the Joint Commission taking place alongside seminars on topics like electrical safety. Sessions on resume writing and interview skills also offer members practical lessons for a tough market—often among the most popular sessions offered.

The January meeting will be keynoted by Manny Roman, a longtime IBS attendee. As one of the original cofounders of the Radiological Service Training Institute and founder of the Diagnostic Imaging Technical Education Center, he has also been responsible for training a generation of imaging professionals, says VanDeWalker. “There are a lot of people who have careers now because of him.” Roman will discuss his reflections on life and business after 34 years in the industry. 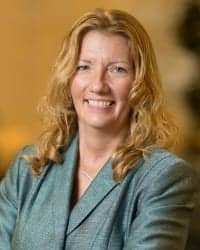 As the industry looks to the future, IBS too is reflecting on the value it offers its members. Professional organizations give the community insight into new skills or techniques they wouldn’t otherwise come across, says Hill. “If you’re bumping your head against the wall trying to fix a particular problem, and there’s someone just around the corner who has that knowledge, it would be great to know who you can reach out to,” she says.

Waninger also sees the potential for improving standardization within the profession. The recent clarification of equipment maintenance requirements by the Centers for Medicare and Medicaid Services (CMS) was welcome news, but it also reinforces the need to build consistency and communication across the field. “What we don’t do well as a profession is communicate. I think we’re very good at problem solving. But each of us has a tendency to think that we’re the only one that has a problem and that our solution to the problem is the only one that’s out there,” she says.

IBS is already playing a role in reversing that trend: The society has a reciprocal agreement with its neighboring associations in Illinois and Kentucky to allow a representative from each group to attend the others’ conferences at no charge, spurring cross-communication. “If we keep our local societies active, if we continue to bring people in to the regional societies, that just gets us closer to being aligned across the country,” says Waninger. “The regional conferences are a way to bring back what we learn at national meetings and continue to spread that information so it gets back out to the front lines.” 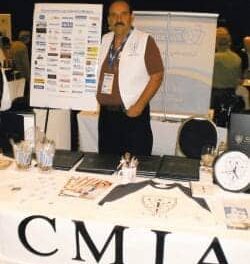