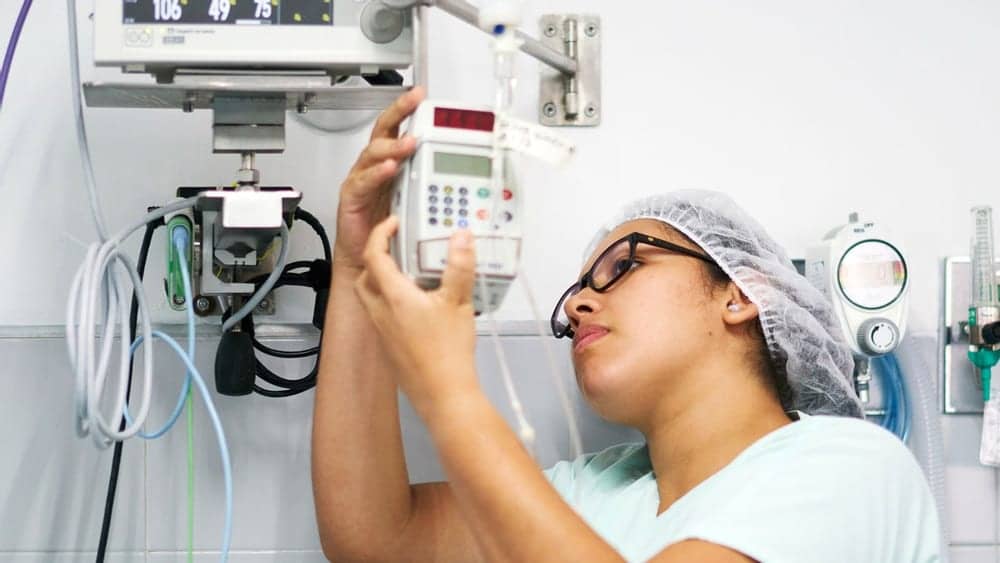 It’s been a little over a year since the United States Department of Labor (DOL) gave the green light for AAMI to initiate its biomedical equipment technician (BMET) apprenticeship program, which has experienced continued growth for its support of the healthcare technology management (HTM) sector.

Following its official launch in March 2021, AAMI’s BMET apprenticeship program quickly secured its first of several partners, gained the support of an online technical college, and, in early 2022, saw one of its sponsors extend its relationship with the program.

The impetus of the program was to help support a dwindling and increasingly aging HTM workforce. Via the apprenticeship program, AAMI also seeks to support a critical sector of healthcare whose significance may go unnoticed, and has also had issues attracting and retaining new talent.

“Apprenticeships, in general, have a 98% retention rate since the apprentice often feels indebted to the organization that invested in them,” says Danielle McGeary, AAMI’s vice president of HTM. “The BMET apprenticeship allows organizations to train BMETs to their culture, in their environment, on their specific equipment, and with their tools and policies. At the end of two years, the BMET is very ingrained in the organization which they trained at.”

Program participants receive paid, on-the-job training as entry-level HTM employees, and must obtain three AAMI certifications, which includes the certified associate in biomedical technology (CABT) and one from CompTia with an IT focus.

McGeary, along with Margaret Berkey, CBET, senior BMET for CommonSpirit Health in Chicago, helped to develop this program in collaboration with AAMI’s HTM community and the U.S. DOL.

The two-year apprenticeship program combines online and classroom education with up to 6,000 hours of on-the-job learning, and replaces a four-year BMET program that was established in the 1990s. The modernized program offers training in safety, electronics, anatomy, information technology, and more. Apprentices also study for AAMI’s CABT certification for professionals entering the BMET field and obtain certification in IT Fundamentals. Once they finally become a certified biomedical equipment technician.

It’s a critically important, indeed, since The U.S. Bureau of Labor Statistics projects that nearly 3,000 new BMET positions will be created by 2029, with an above-average growth rate of 5% for the field. What worries managers is that nearly half of the current HTM workforce is over the age of 50, says AAMI. As more BMETs retire and the number of college programs to train new HTM professionals dwindles, the demand for new hires will only increase.

“AAMI knows that many organizations are hiring green BMETs and training them from the ground up, so the only difference with the BMET apprenticeship is that now these green employees are being trained consistently and to a minimum competency level,” says McGeary.

For trainees that already have some of the required training completed, an employer can fast track the apprenticeship, AAMI says. Program graduates earn a certificate from AAMI and the DOL, asserting that their training meets a national standard of excellence.

Impact of the COVID-19 Pandemic

As with most issues the healthcare sector experienced prior to the pandemic, the COVID-19 outbreak resulted in the industry reevaluating the ongoing BMET worker shortage in a new light. However, the new BMET apprenticeship program wasn’t a product of the COVID pandemic; rather, it helped emphasize its significance.

“The pipeline issue of HTM professionals and BMETs, in particular, had been going on long before the rise of the pandemic. If anything, the pandemic has helped bring more public awareness to the critical need for medical equipment and those who support it,” says McGeary.

Indeed, regardless of the pandemic, Berkey of CommonSpirit Health says the inception of the program was an inevitability, though the global impact of COVID did help generate more visibility toward certain issues the industry was experiencing.

“I am not sure that the pandemic accelerated the interest or need to adopt the program. It may have highlighted the need for additional approaches to training entry-level BMETs,” says Berkey. “The pandemic may have delayed the process a bit. However, our subcommittee was vigilant that we keep pushing forward on this initiative despite COVID-19.”

However, the inception of the apprenticeship program arrived at a crucial time for some organizations whose HTM teams were already in need of a change.

“[The COVID-19 pandemic] accelerated the program at our organization, but the foundations for development of the program were well into planning prior to the pandemic,” says Samantha Jacques, PhD, FACHE, AAMIF, vice president of clinical engineering at McLaren Health Care. “The need for a better pipeline for retiring staff has long been needed.”

McLaren Health Care, a large healthcare system headquartered in Michigan, incorporated the apprenticeship program into its own educational curriculum via Nuvolo’s sponsorship of AAMI’s program. Nuvolo, which provides computerized maintenance management system (CMMS) software for healthcare organizations, was one of the first companies to provide financial support to help hospitals and health systems certify their BMET apprentices.

ReNew Biomedical Services is another organization that has partnered with AAMI’s apprenticeship program. According to Jill Taylor, co-owner and managing partner for ReNew Biomedical Services, the Jackson, Tenn.-based company offers an alternative to biomedical tech repair from standard OEM services. Like the aforementioned organizations, an increased awareness about the BMET shortage at the company came on the heels of the pandemic, Taylor says.

“We quickly realized that the demand for workers was so great that we had to start training mechanically-minded candidates immediately,” she says. “I would say that the amount of attention and publicity received due to our service contracts with state emergency medical teams was what drew the most attention. Our program became more recognized after viewers and readers became aware of our ‘essential worker’ status, and the news outlets released footage of visits from our state senators and congressmen.”

Along with robust training courses and general efforts to improve the pipeline of new BMETs to the industry, another attractive element to AAMI’s apprenticeship program is the financial support offered by major health organizations who become sponsors of the program. “This approach is attractive as it is available to anyone anywhere there is a hospital in need of a BMET,” says Maggie Berkey. “It eliminates student debt for the learner and gives hospitals a wider pool to recruit from.”

Geared toward those with very little or rudimentary knowledge of the HTM space, the apprenticeship program arrived during an era where a fluctuating job market started to get back on its feet.

Under the program, employers cover the expense of training and certification with support from the DOL. In turn, participating organizations are offered state tax credits for taking on apprentices. The National Apprenticeship Act of 2021, recently passed by the U.S. House of Representatives, may also provide support.

Jacques notes the benefits of staff retention within the organization, which AAMI has touted as a key aspect of the apprenticeship program.

“We’ve been able to help develop staff within the health system in transitioning to continuing education,” she says. “This has a great benefit to the system overall as staff aren’t leaving, they are just transitioning. It also helps the staff continue to grow their career.”

For McLaren Health, the apprentice program is separate from a pre-existing biomed education program at the healthcare company. AAMI’s apprenticeship program serves as more of an introductory course, which would then flow into the more in-depth training program developed by the organization.

“We have kept the apprentice program separate from pre-existing biomed education programs,” says Jacques. “Those new BMETs coming out of those programs meet our minimum requirements for a BMET I. The idea behind the apprenticeship is for those that don’t meet the BMET requirements [or those who haven’t been to official school] to have a path into the field. For us, it’s an additive program.”

Meanwhile for ReNew Biomedical, in 2021, two of its apprenticeship trainees became some of the first participants to earn CABT certifications from the BMET Apprenticeship Program.

Leading ReNew’s apprenticeship courses is Richard Woods, a field service technician and trainer with the ReNew Biomedical Training Academy, or RBTA, who has turned to course materials supplied by AAMI to help prepare his students for the CABT test.

Taylor of ReNew Biomedical Services detailed the significance of AAMI’s program to its organization, and Woods’ role as an educator for the apprenticeship program. “As owners, we took the time to seek out a seasoned biomedical technician looking for an opportunity to advance his career and begin giving back to the industry,” says Taylor. “Richard had the perfect resume and he considers his position as our RBTA academic director and instructor to be the top step on his career ladder.”

What’s more, Taylor says, Woods helped design ReNew’s curriculum based on AAMI’s suggestions and guidelines. Suffice it to say that such efforts are working: As of this writing, Woods has a 75% initial pass rate for CABT certifications, and a 100% pass rate on re-tests. Overall, the total pass rate for the class is 80%. And he’s currently working on the CompTIA A+ curriculum and has the inaugural class reviewing the materials, according to Taylor.

Here’s how ReNew Biomedical Services’ apprenticeship program works, she explains. For starters, apprentices are expected to work a 40-hour week. “They are given their own workbench and will spend hands-on time with equipment every day,” Taylor says. “We firmly believe in the importance of hands-on experience and know that the classroom study time is complemented by time they spend performing field work.” From 8 a.m. to noon every Tuesday and Thursday, Taylor says, apprentices join Woods in the classroom to review textbook material.

It’s a big undertaking, but one Taylor believes will positively impact the future of the HTM profession. “We believe that the pool of talent in our area is strong and the potential for growth is very exciting,” she said upon the launch of the apprenticeship program. Exciting, indeed, her colleagues at AAMI and the other BMET apprenticeship launch sites, agree.

Andy Lundin is associate editor of 24×7 Magazine. Questions and comments can be directed to alundin@medqor.com.

In November 2021, TRIMEDX announced that it will be offering apprenticeship opportunities through the AAMI registered apprenticeship program as soon as early 2022. With its corporate office based in Indianapolis, TRIMEDX partners with healthcare providers to optimize the management of their clinical assets at more than 4,500 locations across the U.S. and employs nearly 1,150 biomedical equipment technicians, or BMETs.

TRIMEDX’s broad reach across the country is one reason why Danielle McGeary, AAMI’s vice president of HTM, is so thrilled to call them an employer partner for the fledgling BMET Apprenticeship Program. “An apprentice could be someone who’s ready for a career change, has an interest in the field but doesn’t have the means or life flexibility to go to college at this point in their life, or it could be someone just out of high school or in high school,” says McGeary. “

“This program is intended to bridge that gap to get them the training they need to be successful while concurrently helping to facilitate the strong HTM pipeline the field so desperately needs right now,” McGeary concludes. 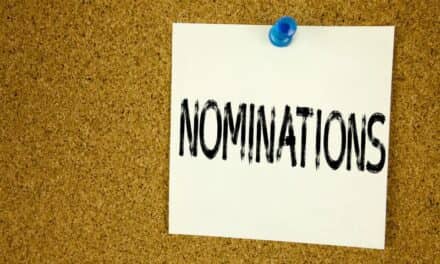 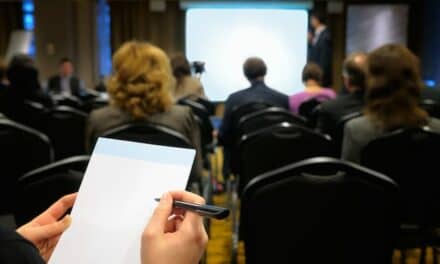