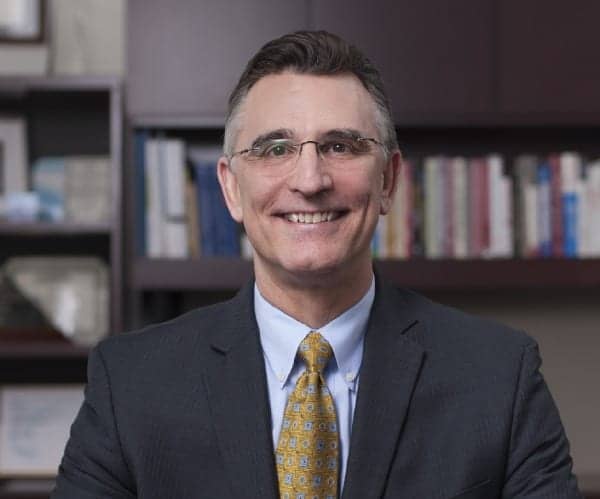 New AAMI CEO seeks to build on predesssor’s success, blaze his own trail

If you ask experts which characteristics constitute a good leader, you might receive a range of responses. Some would cite focus, passion, and confidence; others would mention transparency, integrity, innovation, open-mindedness, and selflessness. Fortunately for AAMI, the organization’s new president and CEO happens to embody all of those traits, and more.

On Nov. 14, 2016, 58-year-old Robert D. Jensen assumed the reins at AAMI, bringing a wealth of knowledge, expertise, and strong leadership skills to the position.

The Nebraska native received his bachelor’s degree in psychology from Doane College in Crete, Neb., and worked for the Boy Scouts and Boy’s Town after graduation. Following family tradition, in 1982, he was accepted to the Marine Corps Officer Candidates School and early in his military career worked with infantry units on the ground as a logistician. He subsequently earned a master’s degree in information systems from the Naval Postgraduate School in Monterey, Calif.

Jensen then engaged in joint duty as a data systems officer with MITRE Corp employees at Scott Air Force Base. The collaboration worked so well MITRE offered Jensen a position with the company if he ever decided to leave the military.

“So I followed up on that offer years later and was hired back to that very command,” he says, noting that his first role with the company was basic systems engineer. “I was working with the surgeon’s office on a system that helped track military patients moving from a theater of operation in a combat or police action over to the states, so that there was never a doubt about where the military person was and what care they had received.”

Jensen worked in this capacity until MITRE split into three different companies shortly after his arrival. He was assigned to Mitretek to lead its healthcare vertical and began working with Health and Human Services (HHS), Veterans Health Administration, and the Department of Defense.

Rob Jensen enjoys walks with his dogs in his free time.

In 2003, MITRE invited Jensen back as senior contributor and lead developer of the MITRE healthcare vertical. “At that time, healthcare was on the cusp of really taking off,” he says. The government was seeking to bring more objective expertise on board to help guide strategic decision-making that would advance healthcare as it was being envisioned across the nation.

Jensen explains that the original delivery of healthcare capabilities to the government was conducted under a federally funded research and development center (FFRDC) at MITRE’s Center for Enterprise Modernization.

“MITRE delivered through that particular FFRDC until 2012,” he says, explaining that FFRDCs are government-sponsored independent entities usually run by an academic institution or a not-for-profit organization.

MITRE—a nonprofit organization—runs seven FFRDCs, including the current healthcare one, Jensen says. “As the requirements grew in healthcare, the government sponsors decided they should have their own FFRDC in health with expanded health capabilities, so MITRE competed for the government contract under the Centers for Medicare and Medicaid Services (CMS).

Fortunately, MITRE had a great team and a great history of FFRDC service so we won the CMS Alliance to Modernize Healthcare FFRDC in 2012, designed to serve all HHS operating and staff divisions.”

Jensen went from senior contributor/manager to director of that FFRDC and eventually became a vice president at MITRE, witnessing tremendous growth in the company’s healthcare vertical. “Between 2003 and 2016, we went from 20 people to around 400 people delivering services to the various government organizations,” he notes.

Jensen’s military career prepared him for civilian life in a number of ways. “First of all, the Marines offered really excellent leadership training. The military puts a premium on leadership and spends a significant amount of time helping develop young leaders from the time they join until they leave the service,” he says. “I learned leadership and strategy development and how to focus on an execution plan, but also to remain flexible to respond to new information and a changing environment. This has been a very useful skill that I use all the time.”

In his own professional life and when evaluating potential hires, Jensen focuses on three leadership qualities: character, courage, and competence. “Those three traits, whether in a business environment, government service, the military service, or not-for-profit association environment, help serve an organization quite well,” he asserts.

Placing others before self is another important lesson Jensen learned as a Marine. “It’s a message to the people that work for you that they’re important and you’re willing to make a sacrifice, even a small one, to take care of them and make sure that their lives and their careers are meaningful,” he says.

As his 16th anniversary at MITRE approached, a recruiting firm contacted Jensen and presented other opportunities, but most options fell short of his expectations.

“However, their efforts helped me evaluate where I was in my career, current opportunities in front of me at MITRE, whether I was actually learning and growing and becoming who I wanted to be and achieving what I wanted to achieve before I retire,” he says. Jensen was interested in a position that offered a good cultural fit, where he could continue his work in healthcare while facing new challenges.

The AAMI job description fit all these criteria. “I wanted to come into a place on solid footing and take it to next level. It was really about alignment with the values and mission of AAMI. This ended up being a fantastic match,” Jensen says.

And Jensen’s predecessor, Mary Logan, went above and beyond during the transition. “The turnover materials she and her staff put together are very detailed. There is an executive transition guide along with a set of briefings and contact information,” he says. “I really got to hit the ground running without having to ferret through mountains of paperwork. They really took the time to make sure this would go smoothly.”

Upon assuming the reins at AAMI, Jensen set some goals. For starters, he is focused on keeping things simple and mission-focused, a lesson learned from his days as a Marine. The first principle, Jensen says, is the motto “Do no harm.” “

“AAMI does many things very well today and is really creating a lot of value for members and across the different areas in which they work,” Jensen says. “AAMI helps bring together health technology managers and other stakeholders in the standards community through products, services, and the annual conference.”

He continues: “My first goal is to make sure I understand those, to see if there are any efficiencies to improve or if there are any areas we need to refresh.But it’s important to keep that solid, very positive member and stakeholder experience.”

Jensen’s second objective is to build on AAMI’s rock-solid foundation and look to the future of healthcare, to figure out what additional contributions the organization can make to fill existing gaps.

“I think it’s fair to say that healthcare in large is moving at a very fast pace. We can expect change, and each organization is going to need to adapt effectively,” he says. “We need to figure out how to stay or become as relevant as possible in a rapidly changing environment, and that may mean new services or products. We need to look over the horizon and see what more we should be doing with our stakeholders.”

Innovation is an integral part of his background and another of his goals, according to Jensen. “In taking AAMI to the next level and making it more agile and responsive to ever-changing member needs and industry needs, we have to figure out ways to be creative and innovative toward the future. I think that will be a part of, perhaps, setting new programs and products that we bring forth,” he says.

Admittedly, achieving some of these goals will be tough. “I think the political environment is probably the number one challenge right now. There’s a fair amount of unpredictability with the new administration coming in and a change in healthcare philosophy on the Hill. That means we have to pay real attention to the kinds of changes taking place and be able to react in support of our stakeholders,” he says. “The challenge: are we agile enough to react as an association with a given set of fixed resources? And if not, how do we get there quickly?”

Also, as the industry undergoes mergers and acquisitions, AAMI will have to track and understand the changes precipitated by these new business models in order to better serve members.

“When a business becomes different, whether larger, as part of another organization, or smaller as a subsidiary, it’s important to understand the new structure and what that means. We need to recognize our members’ challenges so we can be responsive and think about what they might need in those different situations,” Jensen says.

As he settles into his leadership role at AAMI, Jensen says, “I told some of my closest colleagues and mentors that when I go to work today, I feel I’m in the place I should be. I don’t know a better feeling than that. I’m looking forward to the challenges, and I’m seeing them every day—and that’s good.”

Phyllis Hanlon is a contributing writer for 24×7. 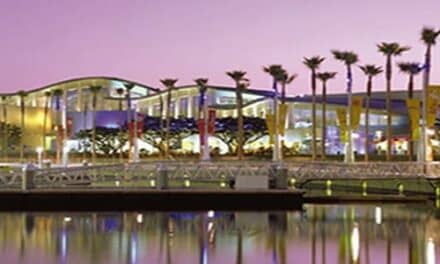 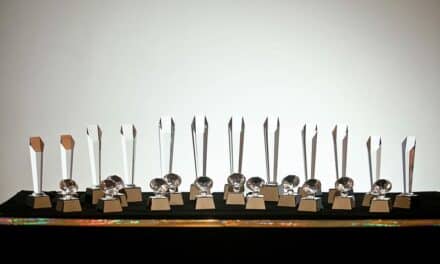