Clinical Engineering Certification: Is It Right for You?

Although the advantages of becoming certified as a clinical engineer are widely accepted, relatively few in the profession have made the effort.

The history of clinical engineering certification has been rather uneven, to say the least.

Certification actually dates back to the early 1970s when a couple of different groups—the International Certification Commission for Clinical Engineers (ICC) under the auspices of the Association for the Advancement of Medical Instrumentation (AAMI), and the American Board of Clinical Engineering (ABCE)—began offering formal certification processes.

It was at this point that the American College of Clinical Engineering (ACCE) stepped in, says Frank Painter, MS, CCE, a University of Connecticut professor and healthcare technology consultant from Trumbull, Conn, and a long-time leader in the clinical engineering profession.

According to the Healthcare Technology Certification Commission’s 2014 Candidate Handbook for Certification in Clinical Engineering, certification is designed “to promote healthcare delivery improvement in the United States through the certification and continuing assessment of competency of professionals who support and advance patient care by applying engineering and management skills to healthcare technology.”

The certification program is administered by the Healthcare Technology Certification Commission and involves a three-step process. Candidates must go through an application review stage in which they must demonstrate they have the requisite education in engineering and at least 3 years of clinical engineering experience.

Then they have to take a written examination that will cover a wide range of topics, such as technology management, service delivery management, and product development, testing, evaluation, and regulatory compliance. Finally, candidates will have to undergo an oral examination.

“So it does take quite a bit of work,” says Tony Easty, PhD, PEng, CCE, senior scientist at University Health Network in Toronto. Easty points out that the certification process for Canadian clinical engineers is basically the same as that for their American colleagues, save for differences relating to codes and standards. “Even if you know quite a bit about the field, you would be unwise just to go into the certification process without going through some preparation.”

“By the time I had qualified with 3 years of service, I was in the middle of changing jobs,” he recalls. “Then I got promoted, so I just got busier and busier. And I bought a house and had a baby, and all of these things kind of got in the way. But now, things have plateaued a bit, giving me some time to dedicate to the exam.”

While the ACCE doesn’t require certification to be a member in good standing, “It’s a “no-brainer that I need to do it,” Kullolli says. “I feel that I owe it to the profession to get certified. I really love being a clinical engineer, and I think that getting certified will bring me to that next level and show that I’m committed to the highest standard of clinical engineering.”

Kullolli is already plowing through the ACCE Clinical Engineering Study Guide, and has been taking out some of his old textbooks and dusting them off to make sure he is up to speed when it’s time to take the exam. “I know there will be some things that will be easy to answer, but some things that will be difficult as well,” he says. “I want to make sure I’ve covered all the bases.”

The desire to demonstrate a level of professional accomplishment is common among those clinical engineers who have pursued certification.

It’s the difference between just having a job and being part of a profession, Painter says. “If you have the attitude that [clinical engineering] is a profession, then you may want to be identified as someone who is working hard in that profession. I think that most of the people who get certified are individuals who are involved in promoting the profession, and are aware of best practices and things that are going on in the field.”

Tony Easty describes himself as one of the first clinical engineers to get certified (in 1982), and says that he decided to get his certification early “because I liked the idea that you could be part of a professional group having some sort of certification that indicates to employers and colleagues—and people like physicians, nurses, and administrators—that you’ve reached a certain level of competence.”

Arif Subhan, FACCE, chief biomedical engineer at the VA Greater Los Angeles Healthcare System, has been in the profession since 1989, and got his certification in 2005. “In the last 10 years or so, since I’ve been more heavily involved, what I’ve noticed is there is an increasing trend to get certification as more people understand it will help them advance their careers,” he says, particularly since it demonstrates a particular level of competence in issues relating to rapid changes in technology.

That said, Painter outlines a scenario in which a certified clinical engineer decides to change jobs and has to compete with one who hasn’t been certified. “I can see the hospital administrator taking that into consideration,” he says. “So I imagine there is an advantage there.”

Kullolli noticed that his boss at Kaiser Permanente has been certified and that several of his colleagues are certified or pursing certification. “So I think more employers are starting to look at certification,” he says. “And I think in the future it could give me a little protection in case of downsizing or a downturn in the economy, or give me more options if I want to move from one job to another. It’s going to show that you have leadership and problem-solving skills that other engineers may not have.”

Subhan agreed that employability is an added certification benefit. “If I or my peers were looking to hire someone, and all things were equal as far as education and experience between someone certified and someone not certified, then certification would definitely be an advantage,” he says.

In Canada—for a variety of reasons—clinical engineers have lagged behind their American colleagues in getting certified. “Obviously, a game changer would be if employers started to insist on it,” Easty says.

He did point out that there are several hospitals in Canada that have introduced policies in which certification makes clinical engineers eligible for scaled promotions, which are associated with salary increases. “And to some extent, we are all motivated by earnings,” he says.

When Kullolli applied for his job at Kaiser Permanente, he was asked about certification. “It was desired but not required,” he says. “And I think it would have made me more attractive, and maybe I could have made a little more money.”

There are other benefits associated with certification, Kullolli says.

For one thing, he believes going through the process will simply help him do his job better. “Right now I’m going through things in these books, and I’m telling myself, ‘Wow, I completely forgot about this,’?” Kullolli says. “So it certainly helps you refresh your memory and your knowledge. It may not help me 100 percent, but it may help me 10, 20, or 30 percent.”

Kullolli also suggests that clinical engineers who are looking at future careers as consultants should get certification. He points out that, “One of the benefits of certification is that it’s international, and you can move from state to state and from country to country. So it gives you a lot more bang for your buck.”

So Why Not Get Certified?

As Kullolli says, the certification process is fairly rigorous and demands some commitment on the part of the clinical engineer. “It’s the same with everything in life,” he says. “Everyone would like to get a master’s degree or a PhD, but you have to be able to dedicate time to it, and that’s something not everyone has.”

As previously noted, Canadian clinical engineers have been slower than their American counterparts to embrace certification. One of the reasons could be that in Canada there are particular barriers to be overcome, Easty says, particularly around the term or title “engineer.”

“In every province in Canada, to use the title of ‘engineer,’ by law you have be licensed as a professional engineer in that province,” Easty says. This means that, in Canada, people working as clinical engineers have already gone through a long, rigorous licensing process that involves educational attainment, taking exams, and gaining work experience. So, Easty speculates, it’s possible that Canadian clinical engineers are already burned out by that process and don’t feel the need to get certification, particularly since it’s not a “hard” requirement.

“Some Canadian clinical engineers [look at the process] and tell themselves there’s no particular advantage to certification that they can see,” Easty says. “They are not any more likely to keep or gain a job, or gain a salary increase or promotion, so they aren’t sure it’s worth the effort.”

Painter agrees that there are clinical engineers who believe certification may just take too much time and too much effort for too little reward.

“For me, getting certified just seemed the natural thing to do,” Painter says. “But there are engineers who don’t think that way. They don’t plan on changing jobs, and it won’t affect their pay, and they are perfectly happy where they are working. So they don’t think they really need certification.”

Subhan says that while he believes most younger clinical engineers will get certified, it’s certainly possible that some have yet to make it a priority because they are settled in their current jobs where certification isn’t a necessity. That perception could change quickly, he believes, once these engineers have to make a move. That’s when “they have to go back and look at their resume, and they realize that certification is going to give them that edge.” 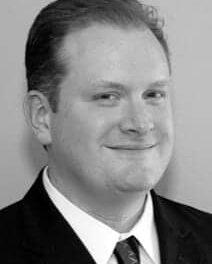 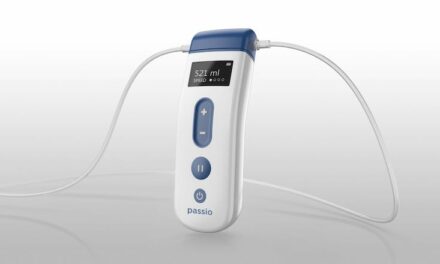 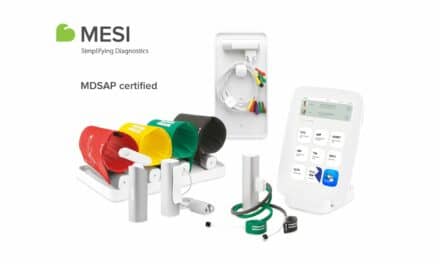 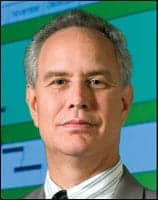