Fujifilm VisualSonics Inc, a subsidiary of Fujifilm SonoSite Inc and a maker of ultra high frequency ultrasound imaging systems, announced that it has received the CE mark for its Vevo MD, an ultra high frequency (UHF) clinical ultrasound system. The regulatory milestone allows the company to expand into the clinical market in the majority of European countries.

The Vevo MD is said to operate at much higher frequencies than the conventional ultrasound systems currently available. Along with the Vevo MD system, Fujifilm VisualSonics also introduced the UHF series of transducers. The patented transducer technology can operate in a range of frequencies up to 70 MHz, an increase in resolution compared to conventional ultrasound systems.

The Vevo MD is designed with a user-friendly customizable touch screen interface aimed at improving workflow and reducing examination times. The system is said to allow medical professionals to visualize very highly detailed anatomy with image resolution down to 30 micrometers, which is less than half the size of a grain of sand. The technology is applicable for a range of clinical areas, including neonatology, vascular, musculoskeletal, and dermatology. 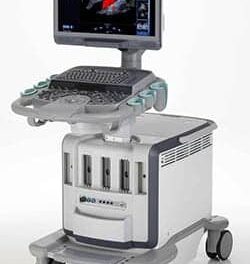